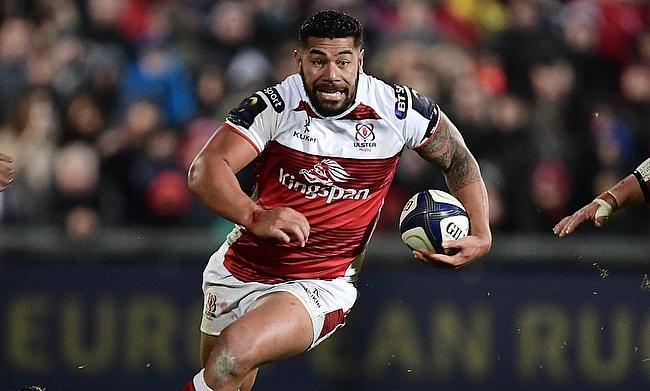 The 25-year-old signed a two year deal with the Ashton Gate outfit that begins from next summer which will see him switch from Pro 14 club Ulster.

Former New Zealand star Dan Carter is reported to be the highest paid player in rugby union with 1.2m euros (£1.1m) yearly deal with French club Racing 92 but it is understood that Bristol have gone up to £1million per season salary for Piutau.

Bristol, who faced relegation last season will once again be favourites to reclaim their position in the Aviva Premiership as they compete in the RFU Championship in the upcoming season.

"Charles is one of the best rugby players in the world - he has proved that over the years," Tainton told Bristol Rugby TV.

"When he played for the (Auckland) Blues he was averaging 1.5 tries a game, which shows what kind of quality he has got.

"There were many clubs around the world trying to get his signature and we are pleased he has come to us.

"There was massive competition. It didn't happen overnight. It was a long process - many phone calls, many conversations - but we are delighted he has come in."

Meanwhile, Ulster operation director Bryn Cunningham said Piutau's move to Bristol is understandable considering the commercial aspect of it and is confident that the 25-year-old will sign off on a high in the upcoming season.

"It is disappointing that Charles is moving on," Cunningham told the province's official website.

"But salaries for the world's best players are rising year-on-year and are ultimately determined by what one club is prepared to pay for an individual.

"We have a strong commercial programme in place and that has allowed us to attract top overseas players and to retain our best home-grown talent in what is a hugely-competitive market.

"Our strategy is to continue to recruit world-class players in the seasons ahead.

"Charles is a fantastic player who delivered many match-winning contributions in his first season with us, and I'm sure he will produce plenty more over the next 10 months.

"I know that he remains committed to helping us reach our potential in both the Guinness PRO14 and (European) Champions Cup."