Bristol could remain in Aviva Premiership despite ending last this season 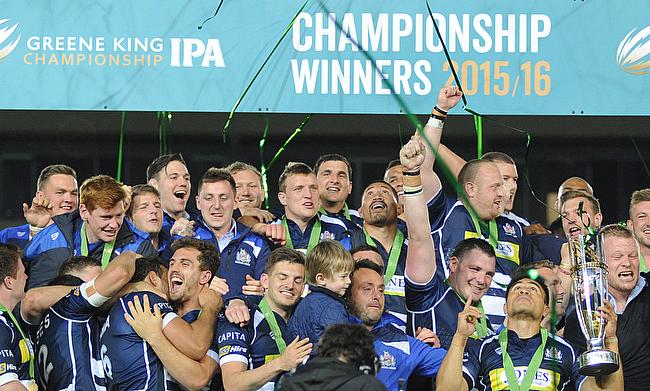 Bristol have a chance of remaining in the Aviva Premiership despite finishing last in this season provided Doncaster Knights or Ealing Trailfinders win the RFU Championship.

The Ashton Gate outfit, who gained a promotion to the top English league are struggling at the bottom with just three wins from 20 games and are certain to finish last with the 11th placed Worcester Warriors having a lead of 12 points.

A statement released by Championship confirmed that both Doncaster and Ealing did not apply for a required independent audit that assesses clubs' promotion eligibility to the Premiership.

London Irish and Yorkshire Carnegie, though, applied and met minimum standards criteria, with one of them widely expected to take the Championship crown next month and therefore secure promotion.

Irish, who was relegated to the second tier last season will face Doncaster Knights in a two-legged semi-final while Yorkshire Carnegie and Ealing meet each other in a similar contest.

"The Rugby Football Union has considered the findings of an independent audit report of the Greene King IPA Championship semi-finalists assessing their eligibility for promotion to the Aviva Premiership next season," read the statement.

"Ealing Trailfinders and Doncaster Knights did not apply for the audit and therefore cannot be promoted to the Aviva Premiership."

A statement released by Doncaster confirmed that the club will prefer to be part of the Championship and seek stability.

"Having previously looked at promotion, we feel it is simply unaffordable and out of our reach in the current structure and financial arrangement for professional rugby union in England," read a joint statement released by president Tony De Mulder and chief executive David Ryall.

"Our preference now is to continue to play expansive and winning rugby in the Championship, rather than find ourselves bereft of the time and resources needed to construct a squad fit for Premiership competition where history has shown that the promoted side rarely prosper or survive.

"The club's priority has to be to guarantee the continuity and employment of our current squad, the majority of whom have re-signed for next season and beyond.

"English professional rugby union is currently in a state of flux, and there is much to be debated about the future of both the Championship and the Premiership.

"If and when the future of professional rugby union in England becomes clear, then the ambition of Doncaster Rugby Club remains as fervent as ever, but we will not cripple ourselves chasing something that is not feasible at this time.

"We owe it to our loyal supporters and players to continue to strive for success both on and off the field, and believe this is more likely when competing at the top of the Championship than at the bottom of the Premiership."