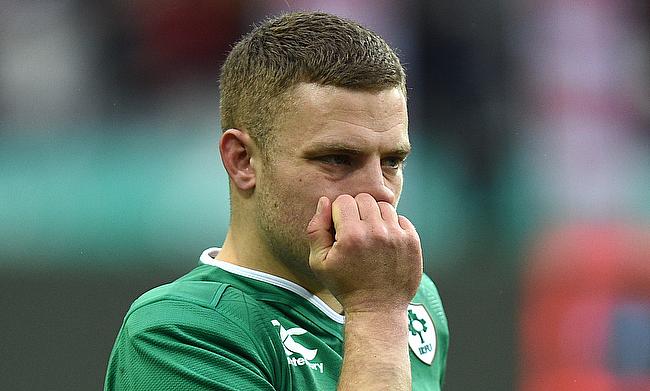 Ireland international Ian Madigan will continue to ply his trade outside the country as he pens a three-year deal with English Premiership club Bristol.

Madigan made a switch from Leinster to French club Bordeaux Begles in 2016 - a move that affected his selection for Ireland team. In his absence Ulster fly-half Paddy Jackson made huge strides deputising talismanic playmaker Johnny Sexton.

The 27-year-old will move to Ashton Gate next season but might end up playing the second tier Championship in England as Bristol are currently in danger of facing relegation from Aviva Premiership after reeling at bottom with three wins from 17 matches this season.

Madigan, who has represented Ireland 30 times previously said he is looking forward to his new association with Bristol.

"The opportunity to come to England and prove myself here is one that I relish," said Madigan, who will join Bristol in the summer.

"Bristol Rugby has a clear vision for what they want to achieve and the club's philosophy match my own ambitions.

"I know the expansive style of rugby that (incoming head coach) Pat (Lam) and his coaching team want to play and that excites me.

"I was so impressed with the vision that was laid out to me, it made it an easy decision to commit to Bristol.

"The culture that the club are building, coupled with a city that loves its rugby, is something that really appeals to me.

"I'm looking forward to representing Bristol in front of the passionate supporters at Ashton Gate."

According to reports, Bristol have outbid Northampton Saints in a deal close to £500,000 to acquire the services of Madigan.

Connacht head coach Pat Lam will also take in charge of Bristol next season as the club is seeking for an improved performance.

Interim head coach Mark Tainton lavished praise on Madigan and believes his addition will be an asset to the side.

"Ian is a player we have been looking at for a while," said acting head coach Mark Tainton.

"It's been no secret that we were seeking a world-class fly-half and - with his age profile and experience - Ian fits the bill perfectly.

"He has bought into what we are trying to achieve here. Ian has chosen to commit for three years and we're delighted to have secured his services with a number of high-profile clubs interested in him.

"With his distribution and goal kicking skills, Ian will be a fantastic asset to us in the fly-half position."

Meanwhile, 21-year-old fly-half Callum Sheedy has also agreed a new deal with Bristol and is hoping to improve his game with the likes of Madigan around.