Charles Piutau to switch to Bristol ahead of 2018/19 season 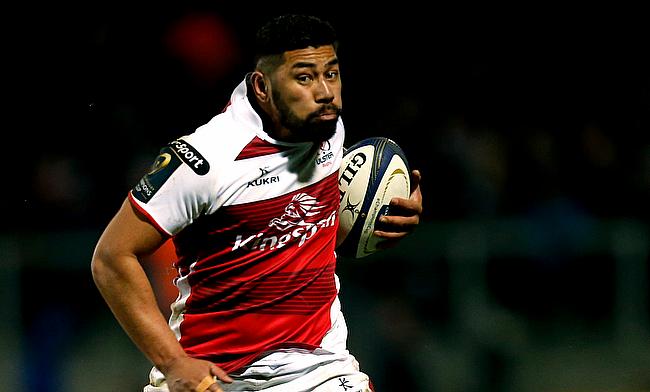 The 25-year-old started his professional rugby debut with Provincial side Auckland in 2010 and his Super Rugby debut came in 2012 before joining Ulster in 2016.

Piutau will join Pat Lam headed Bristol side after the completion of his two year contract with Ulster that ends with the upcoming season.

Lam said the signing has more to do with the long-term plan in place for the club's success.

He is reportedly on a huge salary at Bristol, the over £1.3 million per season from the 2018/19,  working out as the highest paid player when this contract comes into play.

"One of our key focuses is about the journey that Bristol Rugby are on - Charles' signing for the 2018/19 season demonstrates that we have a long-term plan and structure in place," head coach Lam told the club's official website.

"We're thrilled to have an individual of his immense quality and experience to add to our ranks. As somebody who has worked with Charles previously, I know what an influential player he is on and off the field."

Piutau will join his brother Siale at the West Country club, and said: "To join Bristol Rugby and be part of the vision that Pat Lam and his coaching team has is very appealing to me. I understand the challenges that lie ahead for the club but firmly believe Bristol can once again become a major force in English and European rugby.

"By sorting my playing future early, I can focus entirely on Ulster this season and what the team can achieve in the Pro14 and Europe."