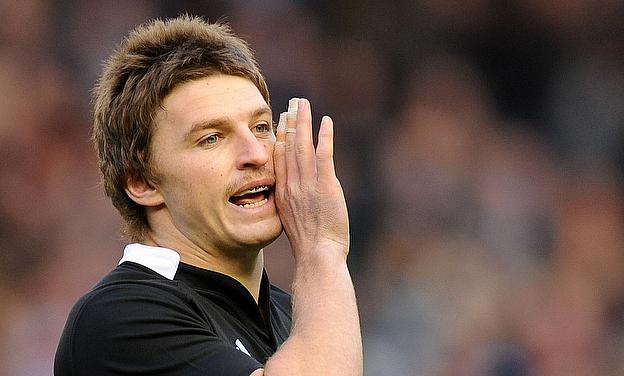 Beauden Barrett's boot proved the difference as the Hurricanes bounced back from their loss to the Waratahs last weekend with a 25-15 victory over the Rebels in Melbourne.

The Wellington side saw their four-match winning streak halted last time out, but Barrett's 20 points helped them triumph at AAMI Park.

They did not have it all their own way, however, and were left hanging on in the final stages following Conrad Smith's 67th-minute yellow card, while Rebels full-back Jason Woodward missed three of four penalty attempts to give the Hurricanes some breathing room.

Woodward had the chance to level matters early on, following Barrett's first successful attempt, after the Hurricanes' front row had collapsed in the scrum, but the 23-year-old could not convert.

Barrett made his compatriot pay for his miss by finding the posts twice more before Woodward narrowed the deficit to six points by landing his first kick.

It would get better for the Australian hosts as Woodward then carved through the Hurricanes' defence before passing to the supporting Bryce Hegarty for the game's opening try.

Woodward made no mistake to give the Rebels the lead for the first time, but they were once again undone by Barrett, who maintained his 100 per cent accuracy with his fourth penalty shortly after Julian Savea had been stopped in the corner.

That gave the Hurricanes a 12-10 lead at the interval, after Woodward's kick from 56 metres out fell short, and they duly extended their advantage thanks to another Barrett penalty.

The New Zealand international then missed with his next two attempts but put the Hurricanes eight points ahead after the Rebels had conceded yet another penalty.

Any hopes of a comeback for the Rebels appeared doomed when Barrett's crossfield kick was picked up by Cory Jane, who offloaded to Smith to bundle over.

Barrett's conversion on the hour mark gave the Hurricanes a 25-10 lead, with Woodward missing the chance to reduce the deficit by putting another penalty wide.

However, the home side were given some brief hope when Smith was sin-binned with 13 minutes remaining and a prolonged attack led to Tamati Ellison going over.

Woodward could not add the conversion and although the Rebels continued to pour forward in the closing stages, the Hurricanes' defence would not be breached again.