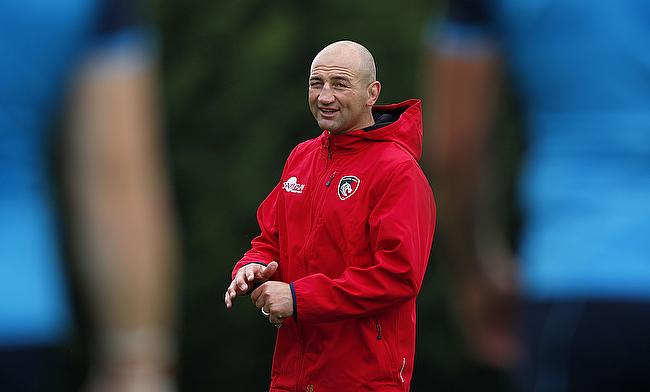 Despite Leicester's poor form in recent seasons, the Tigers are looking much more like a force to be reckoned with this year, and you can already see the effect Steve Borthwick and the new coaching staff have had on the 2013 Premiership winners.

Considering the changes they've endured across the board with many of the backroom staff upping sticks, some may say the upheaval and the first lockdown period has actually benefited Leicester, particularly in terms of their fitness, resilience and attack.

Their Number 8 was absolutely outstanding and deservedly picked up the Man of the Match award after their win against Bath on Sunday. Leicester have lacked someone of Jasper Wiese's physical stature and pace since they last won the Premiership, but at 25, the back-rower has already made a name for himself after beating eight defenders at the weekend whilst also making an astonishing 115 meters and 14 carries in the process.

He's sure to be one to watch this season and is an exciting young prospect for many Leicester fans.

"Coach Steve is really bringing a new environment, a winning environment, into the club and the boys are committed."

Man of the match Jasper Wiese enjoyed his first Leicester Tigers vs. Bath clash and couldn't ask for better from his teammates moving forward ??#GallagherPrem pic.twitter.com/A9plzMWTh2

The Leicester full-back, Freddie Steward, also played exceptionally well and was a key performer in their win last weekend. At only 20-years-old, he was sensational under the high ball despite the testing conditions and he controlled the game beautifully. He's a skilful player who is hugely knowledgeable.

To be able to play at the highest level on only a handful of occasions, and perform as he has, shows his quality. It's also fantastic to see the coaches giving young players like Zack Henry and also Jack van Poortvliet game time because it shows they're capable of playing in high-pressure matches and Borthwick and co believe in their ability.

With the announcement that their East Midlands Derby against Northampton Saints has been cancelled due to COVID, the Tigers will be frustrated they can't kick on and look for their second win on the road this season, their last being in Europe against Bayonne before Christmas and their first in France for seven years. That was massive for the squad's belief and they're a tough team to beat when they're firing on all cylinders.

Whilst we can talk about the small steps and momentum Leicester are slowly generating, their defence and lack of discipline have to be better if they're to be challenging towards the top again.

More often than not, they're chasing the game in the second half and being penalised for making silly mistakes. However, Borthwick and the backroom staff are creating something special and this is just the start of their journey. It's sure to keep everyone entertained in many years to come and I for one can't wait to see it all unfold...