Zack Henry: ‘Outrageous Leicester opportunity’ to good to turn down 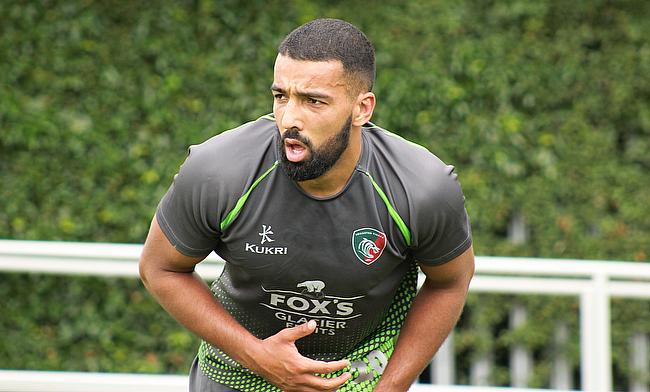 Zack Henry to join Leicester Tigers ahead of 2020/21 season
Zack Henry: I am motivated to take my rugby as far as possible in France
Henry: “There is more pressure, but there has been more reward”
Zack Henry aiming to continue his French connection

There have been many key decisions and moments in the career of Zack Henry thus far.

He knows that. Talking Rugby Union knows that. We have followed his journey since his days at the University of Bath and now the 25-year-old is set to begin his latest chapter in the Gallagher Premiership with Leicester Tigers.

We could dissect each different stage of his fascinating career leading up to his arrival at Welford Road and rarely would there be any hint of regret about the choices Henry has made, but let’s focus on a few moments which do tell his story.

For starters, it certainly hasn’t been a gilded path to the top-flight for Henry. After the frustration of being cut by Harlequins’ academy at the age of 17, he turned to university and joined a flourishing rugby programme at Bath led by Aaron James. During this period, he also represented England Students and his qualities didn’t go unnoticed with a number of Championship sides keen on obtaining Henry’s signature.

At the time, his brother Jake, was plying his trade for Rotherham Titans after spells with Plymouth Albion and Darlington Mowden Park, but for Henry Jnr, a move to the second tier of English rugby didn’t whet his appetite.

https://t.co/8rhSKOrMqY We spoke to rising star @ZackHenry10 on his move from Bath to Rouen, life abroad & extending his stay in France. pic.twitter.com/qWcFomlhxJ

The aforementioned Aaron James then got in touch with Richard Hill, who was the head coach of Fédérale 1 outfit Rouen. The former England scrum-half was keen for someone to fill the number 10 shirt in Normandy and Henry jumped at the chance to move to France.

As expected, his family and friends had some reservations about his decision, but having opted to move out of his comfort zone at the age of 21, Henry believes he wouldn’t be where he is today without that experience.

“I wanted to continue with my rugby and people were telling me that I had the ability to do so,” Henry says. “I had a few offers in the Championship and I don’t think my life would have been the best if I had made those decisions.

“I had Richard Hill, who was obviously the head coach of Rouen out in France at the time, and he was in contact with my Bath coach and he said ‘I need a 10’. My family were like, ‘Are you going to actually do this?’ because my brother was in the Championship and it seemed like the normal route if you wanted to try and make it in England, but I went out to France without any hesitation.”

Leicester’s Director of Rugby, Geordan Murphy, said he signed Henry from France for his ‘maturity, intelligence and experience’ and the fly-half admits he was able to develop these qualities during his time across the channel.

The three attributes which Murphy alludes to are obvious when engaging with Henry and his recent powerful Instagram post around prejudice and the Black Lives Matter movement further highlights the character he is.

When asked about the subject this week, Henry touched on some of the experiences he has witnessed in rugby and he believes some coaches do determine a young player’s position on the field based on the colour of their skin. It is a stereotype he, quite rightly, feels needs to change.

“It is tough for me to comment on now because I am 25 and I am not at the grassroots level, but what I can speak from is my experiences and growing up, I played a lot of rugby,” Henry says. “I played club rugby, school rugby, state school rugby, private school rugby, university rugby, academy rugby so I have been all around it growing up in England and what I can say is that, I can’t generalise but, a lot of the time, as a young black kid at five, six, seven years-old, you don’t know what attributes you have got.

“You don’t know if you’re a good decision maker, kicker, passer. These people, and I have seen it first hand, would be told ‘Go to the wing. You’re going to be an athlete and not a decision maker’.

“I am here [at Leicester] to play rugby and have a fun, but I can use my experiences to motivate people. It would be a message from me and something I would look to do going forward to inspire any young kid, BAME or any kid of colour, to realise if you’re playing rugby at five years-old, you can be a 10, you can be a kicker, you can be a nine or a decision maker on the field.”

For any youngster coming into the game, Henry’s route to the Premiership can only inspire them. He hasn’t raced to the top of the English game. It has been calculated. He has done it his way and his determination to balance rugby with ‘living life’ has been at the forefront of his choices.

After playing his part in Rouen’s success in Fédérale 1, offers arrived from clubs in England as well as from Pro D2 teams. No-one could have blamed Henry for moving back home after two very successful years in France, but the fly-half opted to join Nevers; another key decision in his short career.

“Being in Fed 1 was absolutely incredible,” Henry tells TRU. “It was amazing, but I always felt like I could step up a level and I wanted to step up in France and once again, the offers to come home weren’t necessarily the best option for me at the time.

“For me as a developing player, I think game time was the most important thing and I didn’t think the opportunities back home would present me with much game time, whereas in Pro D2, I did have those offers. They were basically saying ‘you’d come in, play a lot of rugby and be our starting 10’ so I think for me, that was the best opportunity. They gave me the freedom to play.”

Henry is conducting his media duties over Zoom at Leicester Tigers’ Oval Park training base and whilst the 25-year-old admits he is unsure about whether the book is fully closed on his time in France, this is a player who is now keen for a new challenge.

The latest important decision in his career was moving back to England. After Harlequins let him go as a teenager, Henry may have felt his shot at Premiership Rugby had passed him by but after four years in France, joining Leicester was an opportunity he couldn’t pass up.

“I think I was always keeping my options open,” Henry says. “I would have been prepared to spend my whole career in France, but at the same time, I think after some discussions with friends and family and even before Leicester made an offer, they said ‘you can’t finish your career as an English rugby player and not come back and play in England and experience that.’

“Looking at my options, when Leicester came on the table, I think my agent can verify this, it wasn’t one of those situations where you weigh it all up or you play games! Leicester came across the desk and I was like ‘this is an outrageous opportunity’ so I took it with both hands!”

Many Premiership fans, and even Leicester supporters, may not have heard too much about Henry – given he also recently spent a year off social media – but whilst he has had to make quite a few important decisions to date, there is no doubt that the fly-half is ready to create more key moments at Welford Road.

As for Leicester, they will be hoping to do the same under the guidance of Steve Borthwick. The club’s contract and financial issues have been well documented over the last month or so, but the Tigers are now focused on turning over a new leaf.

Leicester will resume the Gallagher Premiership campaign by travelling to table topping Exeter Chiefs on 15th August and Henry is hoping the 11th placed Tigers can turn their fortunes around.

“I think Steve Borthwick spoke at the start of ‘pre-season’ and he gave a lot of great messages about the team and bringing Leicester back to being respected and being valued and I think it’s the assumption at this training ground that people want to see Leicester fail.

“To be part of something positive for this club would be great and if I can play just a little part in that in returning some positivity and some potential success to the club, then that would be the goal for me and from Steve laying out his thoughts and beliefs, I think that it is possible.”