After Cokanasiga masterclass, Anderson is focused on stopping Fiji in World U20s 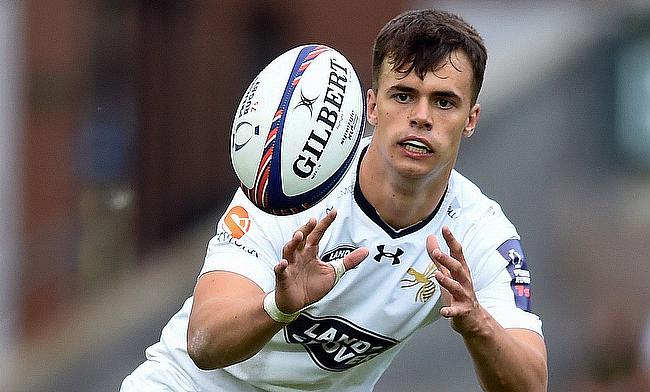 Graham flourished at under-20 level and he is now keen to keep soaring in the big time
Discipline stopped us against Ireland - Dingwall
Shark attack: Ewan embracing the World Championship with Scotland under-20s
Tom can Marshall the troops and be a key man for Scotland in Argentina

Cameron Anderson remembers being on the wrong end of some Joe Cokanasiga magic back in 2018, but the Wasps player is determined to snuff out the danger of other Fijian born players this weekend in a massive match for the Scotland under-20 team.

The 19-year-old and his Scottish team mates know they must beat Fiji in the 11th/12th place play-off at the Old Resian Club in Rosario on Saturday to avoid relegation from the World Championship.

To drop down a tier would be a big blow for Scottish rugby as a whole because a number of the current full squad members working with Gregor Townsend have come through the age-grade route.

It has been a tough trip to South America so far for Carl Hogg’s side, losing to South Africa, New Zealand and Georgia in the pool stages and then to Italy in farcical conditions earlier in the week in the 8th/12th semi-final.

They have to find one last bout of energy to try and see off a Fijian side that were pipped by Georgia in their own semi-final a few days ago.

U20s Highlights: All the action from a enthralling match between @Federugby and @Scotlandteam at the #WorldRugbyU20s Championship.

And having been in the opposition ranks when now England cap Cokanasiga ran rings around Wasps for London Irish two and a half years ago, Anderson certainly needs no reminder of just how tough the Fijians will be to defend against.

Anderson, who will start at centre against Fiji, told TRU: “We got battered in one of my first Anglo-Welsh Cup games for Wasps by London Irish with Joe Cokanasiga scoring a hat-trick and really taking us to the cleaners.

“I came off the bench and that was a big learning experience for me. The way he played in that game was amazing.

“Certainly as a Scotland team we know how big this game is at the weekend [against Fiji] and we will be going out there and giving it everything we have got.

“We showed against Wales in the Six Nations when we beat them what we are capable of and we have to try and replicate that performance to end a long season on a high note.”

Certainly age-grade head coach Hogg has been enjoying working with Anderson - who qualifies for Scotland through his grandmother – in recent months.

Hogg said: “I spoke to a contact down at the Wasps Academy John Pendlebury and he said that Cammy had gone very well in the early part of 2018/19 and we got him into our group.

“Cammy is a very good footballer. He has a good right foot and he thrives with time and space.”

So, where did Anderson’s rugby journey begin?

“I came to rugby properly quite late on, I had played a bit when I was younger, but I stopped and played football,” he explained.

“So, it was really when I went to secondary school that I got into rugby. As part of PE rugby was quite big there and then, after a year of playing both football and rugby, I had to make a decision and I chose rugby.

“My rugby kind of took off from there and I went along to Buckingham rugby club and then managed to get into the Buckingham county age-grade teams.”

In a year in which Anderson didn’t actually make the county squad, he first began playing for Wasps at the age of 15.

The versatile back did suffer a long-term injury as he continued to move through the age grades, but he managed to recover to take his next step up the rugby be ladder.

He added: “I was around 15 at that time and moving into that environment [at Wasps] was great for me, it was really professional. There was a lot more focus on strength & conditioning and speed work and that was different from what I was used to.

“I then went to Henley College for Sixth Form, but around that time I had a spell out for around 14 months as I ended up having two surgeries on my knee which was very frustrating.

“I managed to get back for a few [school] games before under-18 rugby started with Wasps and I was lucky enough to find myself in that squad.

“I got my first under-18 start for Wasps away at Newcastle Falcons and as that year [2017/18] went on I managed to make a few Anglo-Welsh Cup appearances.

“That gave me the opportunity to see what that level was like and also got me used to being around professional players and that set-up.”

It was during this period that Anderson came up against England winger Cokanasiga, but that experience has allowed the Scotland under-20 international to keep progressing at Wasps.

Not only has Anderson learnt a lot from playing in the Anglo-Welsh Cup, but the current crop of Wasps players have also aided his development.

“In the season just gone I played a lot in the ‘A’ League and as a Senior Academy player, I am really keen to kick on with Wasps in 2019/20,” said Anderson.

“I have learnt so much from guys around me at Wasps like Juan De Jongh, Elliot Daly, Willie le Roux and Rob Miller in recent years and I owe them a lot.

“You can always learn from players of that quality, but for now, my immediate focus is on Scotland.

“My dad supported Scotland as I grew up so I have always too and when the chance came along to represent them it was a no brainer - now we must end this competition on a high.”

Scotland v Fiji takes place in the under-20 World Championship at 10.30am local time (2.30pm UK time) on Saturday, June 22 - the match will be streamed live on world.rugby/u20