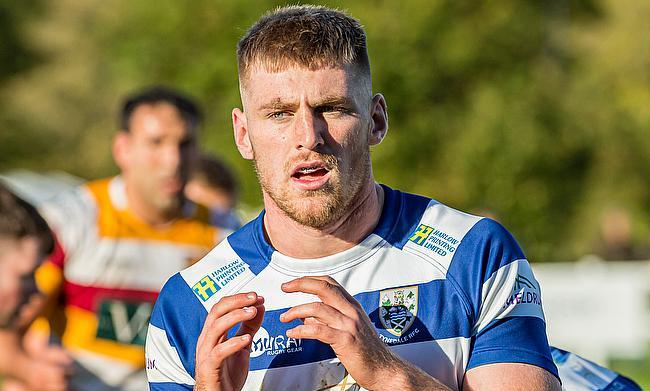 Tynedale Director of Rugby Ben Woods believes backrow Tom Marshall can make his mark for Scotland in the upcoming World Rugby U20 Championship in Argentina.

Marshall is currently in Washington with the age-grade squad and made an instant impact after he scored two tries to help them to a comfortable win over Old Glory DC late on Monday.

The young Scots, coached by Ospreys-bound Carl Hogg, are in the USA this week preparing for the showpiece event which begins on June 4th.

And, during their stint of training, they played a match against Old Glory DC, the club Scottish Rugby have invested in, and won 70-7, scoring 10 tries in the process.

Congrats to Falcons flanker Tom Marshall, named in Scotland's squad for the World Rugby U20 Championship in Argentina https://t.co/l4rsqUg9I7

They will face a much tougher test in their Pool C opener against South Africa next Tuesday, but one player who certainly put his hand up to start in Rosario is Newcastle Falcons’ Academy player Marshall.

Marshall was not part of the Scotland set-up during the Six Nations earlier this year and has been on England’s radar, but impressed Hogg while playing for Tynedale in National Two North.

And Woods backed up Hogg’s positive thoughts on the player as he told ncarugby.com: “I was very impressed with Tom when he played for us this season.

“We get five Falcons players and they were all brilliant for us. Tom slotted in seamlessly at six, seven or No.8 for us and played really well.

“It is great for the club to see him now heading off to Argentina. We have a good tradition at Tynedale of players playing at the U20 World Championship and we will be proud of him when he takes the field for Scotland.

“They are in a tough pool with the likes of South Africa and New Zealand, but these are the kind of games that Tom will be relishing.

“Tom is not the biggest guy yet - I think there is more to come from him in that area - but he has great feet, his ‘catch pass’ is good, he is a good tackler, he is good over the ball and has the makings of a cracking modern day back-rower."

Marshall was part of a Tynedale side which finished in fifth place in Woods’ first season and his next step will be to represent Scotland in South America, despite being in England’s wider squad for the Six Nations.

“I enjoyed being at Tynedale and have also been playing for the Falcons ‘A’ team this season and really enjoyed that too,” the 19-year-old Marshall said.

“My mum Louise is Scottish being from Glasgow. I had been to a few of the England [age-grade] things, but wasn’t really getting much of an opportunity and then this chance with Scotland came up.

“So, I jumped at this chance and obviously I have been really lucky and have made the World Championship squad.”

“I was in the England wider squad during the Six Nations and then I came into this Scotland group and played in the development game against France and that was my first involvement.

“At school I used to play stand-off/centre and a lot in the backs, but I got too slow for that! I prefer No.8, but this season I have mainly played six or seven.

“All of the lads have been really welcoming, they are a good set of boys and they are very close. There is good depth and good variety in the back-row, it will be tough to get into the side, it is very competitive.

“This Washington stint is key to help us all really focus ahead of the tournament, the new boys like me will be able to bond during this week with everyone else while the guys who played last year can let us know what to expect.”

Scotland under-20 head coach Hogg, himself a former back-row, said of Marshall: “Tom is slightly different to what we already had in the squad.

“He’s a real footballer, a converted centre, and he’s got real pace and power coming onto the ball, so that will be a really useful asset for us.

“He’s got the ability to use his feet and use the ball to evade tacklers and get over the gain line. He’s always been on our radar.”