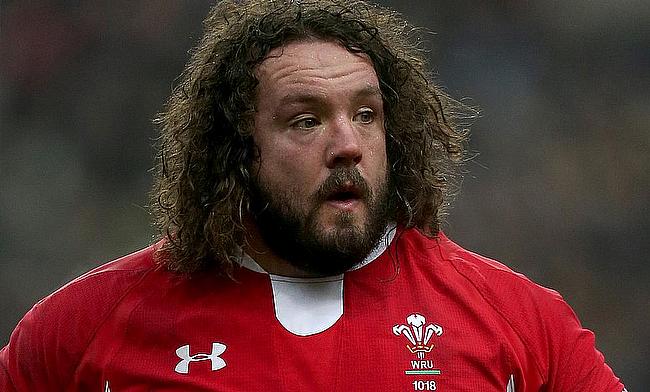 There is no team selection easier to predict than England’s at the moment.

Following Eddie Jones’ squad announcement on Thursday, the comments on social media of ‘yawn’ and ‘sticking with misfiring old guards’ tells you all you need to know.

Some of Jones’ regulars will have to improve against Wales on Saturday after their recent undistinguished performances, otherwise calls to introduce some fresh blood into the England ranks will continue to grow.

Whilst Jones remains loyal to his tried and tested methods, viewers of last weekend’s Gallagher Premiership action may have been scratching their heads as to why some of England’s rising stars have been left out in the cold.

Take Harlequins’ clash with Sale Sharks as a prime example.

Just a stone’s throw away from England HQ, Quins’ visible revival continued at the Twickenham Stoop as they secured their fourth win on the bounce since the departure of Paul Gustard.

Before their upturn in form, Harlequins looked like a team without a plan, but over the last month, they are a side reborn. Their technically gifted players have been allowed the freedom to showcase their undeniable talents, and a once flat Premiership outfit now have a fizz about them.

Arguably, this is encapsulated by fly-half Marcus Smith. To refer back to one of Elizabeth Cartwright’s articles for TRU, the Quins No.10 has been ‘instrumental’ in his side’s recent resurgence and against Sale, the 22-year-old sent out another message to the England hierarchy.

His goal-kicking is arguably second to none at the moment, but his ability to inject himself into games, as well as his influence in attack, only adds to the absurdity surrounding the fly-half’s exclusion from England’s plans.

Smith’s break and dummy for Alex Dombrandt’s try last weekend was a snapshot of what he could offer the national team, but for now, Harlequins coach Adam Jones was full of praise for the Premiership’s leading points scorer.

“I think our half-backs [Danny Care and Smith] are managing the game really well,” Jones said. “Marcus, there is a lot of hype around him at the moment because of how well he is playing, but he is controlling the game well for us.”

Owen Farrell and George Ford have been ever-presents since Eddie Jones became England’s head coach in 2015, but despite Smith’s glittering displays in the No.10 shirt for his club, they seem to be falling on deaf ears.

But how long can Smith and Quins’ English contingent be ignored? Whilst Joe Marchant provided the finishing touches to an explosive period before half-time against Sale, it was in the forwards where two of Harlequins’ homegrown talents caught the eye once again.

In the back-row, Alex Dombrandt and Will Evans both produced accomplished displays. The latter’s incredible work at the breakdown helped engineer attacks for Quins whilst Dombrandt looked back to his powerful and destructive best.

The former Cardiff Met man was last involved with England during an autumn training camp, whilst the stock of 24-year-old Evans, who has completed the most turnovers in the Premiership, continues to rise: “Will Evans has been brilliant for us,” Jones added.

“I didn’t know a lot about him when Guzzy signed him. Guzzy said he is quiet and a bit shy, but he has no sort of care for his body!

“He reminds me of a guy called Marty Holah who played at Ospreys with me for three years. He was an All Blacks seven. He was probably a bit bigger than Will, but he was such a presence over the ball. He works his socks off and he has been fantastic for us. He is not a one-trick pony. He is still only young and he is only going to develop now.”

The blend of youth and experience, just within the English players at Quins, has shone through in recent weeks.

The likes of Joe Marler - who withdrew from Six Nations duty for family reasons - Mike Brown and Danny Care have all shown their leadership qualities. Jones is pleased to have his band of England players all singing off the same hymn sheet, but he admits Harlequins would love to see more of them involved with the national side.

“It is good for us we have got these players who could be with England,” Jones added.

“Actually being Welsh, you don’t want them playing too much for England! It is part of your job being a coach to try and get as many boys in the national team as possible.

“Over the last few years, Quins have been pretty well numbered in that department and we want to get the Marcus’ in, Dombrandt, Will Evans, Joe Marchant, Simon Kerrod etc. Joe [Marler] being available for us has been a great help too so it is going to be a matter of time before they do go, but it is our job to try and get everybody up to speed so when they do go, we keep going down the same path.”

The road which Quins are currently on may have been an unforgiving one in the opening weeks of the season, but they head into this Saturday’s meeting with Newcastle Falcons in high spirits.

They currently occupy third spot in the Premiership standings and whilst Jones is fully focused on making it five wins on the spin at Kingston Park, he will be keeping a close eye on proceedings in Cardiff.

Wales will be gunning for the Triple Crown at the Principality Stadium after wins against Ireland and Scotland to begin the Six Nations, whilst only a victory will do for a familiar-looking England outfit if they are to keep their championship hopes alive.

Following a torrid first 12 months in charge, Wayne Pivac has guided Wales to back-to-back wins and former international Jones, who was capped 95 times by his country, has not been shocked by their positive results.

“I don’t think I am pleasantly surprised, but I am pleased!” Jones added.

“I am still very good friends with a few of the boys and the staff so I do want them to do well. Surprised is probably how people think because of the way things have gone, but this team is still a really good team. The majority of this team did get Wales to a World Cup semi-final and won the Grand Slam, all be it 18 months/two years ago."

On the game itself, Jones said: “Wales’ front-row of Wyn Jones, Ken [Owens] and Tomas Francis, is a good international front-row and a good scrummaging front-row. Kyle [Sinckler] (who played and worked with Jones during his time at Harlequins) will be an awkward opposition for looseheads because he is incredibly powerful.

“England at Cardiff, the advantage for England is there is no crowd there. It will be interesting, but they beat Italy, but obviously losing to Scotland so they will be under a bit of pressure too, but I am sure Eddie Jones will ramp it up this week in the press and I am sure he will get his boys up to a level where they can beat Wales.

“I would like to think I could watch it [the match] somewhere after the Newcastle game! I may catch the first half so I will have to use my 4G on the way back down to watch it. The bus will be a good place if Wales win, but it won’t be a good bus trip back if they don’t with a lot of players ripping into me!”

If Harlequins and Wales do the double on Saturday, it will be a happy journey back down the M1 for Jones, but at the same time, calls for the club’s English cohort of stars to be given their shot on the international stage will likely go up a notch.

Should Marcus Smith be in England’s plans for the Rugby World Cup in 2023? Do you want to be in France to see that?

Be the first to get your hands on sportsbreaks.com's priority Match Breaks for #RWC2023. Click HERE to find out more!