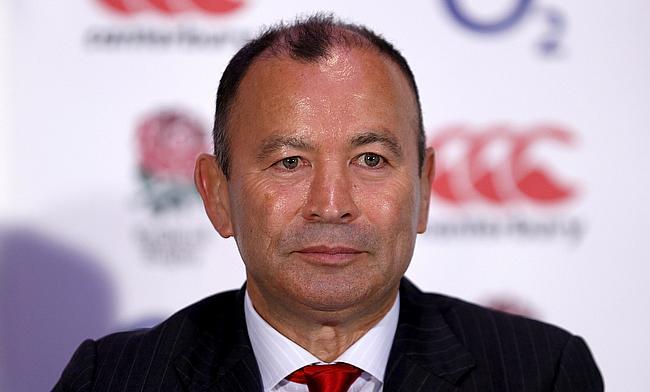 George North set for 100th Test appearance for Wales
Jamie George starts for England against Wales
“There was something special about him”: How Hartpury stint helped Louis Rees-Zammit
Steve Borthwick: 'Reacting under pressure is something you learn'

After a two week break, England will be back in action on Saturday afternoon when they take on Wales at the Principality Stadium.

There are just two changes to the starting XV that took on Italy at Twickenham, the first being in the front-row where Jamie George returns to start at hooker, with Exeter’s Luke Cowan-Dickie demoted to the bench.

The only other adjustment is in the pack too, where Courtney Lawes has had to withdraw following a pectoral injury sustained in training on Wednesday. As a result, Newcastle’s Mark Wilson starts at blindside flanker.

In the backs, there are no changes whatsoever. The axis of George Ford and Owen Farrell is still the preferred method of building front-foot ball that the forwards will hopefully provide, whilst full-back Elliot Daly will win his 50th cap in Cardiff.

Eddie Jones has stuck with six forwards on the bench and due to Lawes’ injury, recent call-up George Martin gets the opportunity to gain his first cap for England,

The Leicester Tigers back-row and lock only arrived in camp a week ago following Jack Willis’ injury and it has been quite the rise for the forward.

As recently as last season, he was a dual-registered player with Leicester Lions in National Two South and he only made his Premiership debut for Tigers against Bath last August.

Your England side to face Wales in the third round of the #GuinnessSixNations ??

A knee injury put a premature end to his 2019/20 campaign, but the 19-year-old has impressed since his return from that setback and has even caught the eye of England’s captain since getting into camp.

“He has been very impressive, he’s 19, isn’t he?” Owen Farrell said.  He is obviously a big lad that gets stuck in, a tough lad as well, but he holds himself very well in and around camp.

“He’s communicating well with everyone, he is asking questions, he is not shy, he has thrown himself in, which has been the most impressive thing and with people like that, you normally can’t wait to play alongside them.”

The last time England visited Cardiff, the world was very much a different place. It was Warren Gatland’s final Six Nations as Wales coach and his team were on course for a Grand Slam.

Nearly 74,000 crammed into the national stadium to see the home side overcome England 21-13 before descending onto the city centre to either carry on their festivities or catch a ride home.

Generally, the topic of conversation surrounding a trip to Wales is about whether or not the roof at the stadium will be open or closed and the crowd that provide such fierce support for their team. This year there is none of that.

But like in 2019, Wales are firmly in contention for another Six Nations crown, something that seemed far from likely after Wayne Pivac’s first year as coach.

Having beaten Ireland and Scotland in the opening two rounds, England's Head Coach Eddie Jones believes Wales have found their feet under a new regime.

“You guys call it a slump,” Jones said. “They had a new coach. They were rebuilding after a World Cup. They went through a transitional period, which is normal in teams after they have had a successful period which they did under Gatland. They’ve found their feet.

“Tactically, they are probably a little bit more similar to what they were under Gatland than when they first started under Wayne and they are a tough, competitive team.

“They are kicking a lot more than they were initially under Wayne. That has been a big trend in their game. They are kicking more, having less rucks, which is more efficient rugby, which has allowed them to be in better positions to win games.”

England have the somewhat unenviable task of playing Wales’ most-capped XV ever this weekend. With 902 caps across the starting line-up, George North will be making his 100th appearance for his country, becoming the youngest person ever to do so at the age of 28.

Liam Williams remains at full-back, whilst Jonathan Davies partners North in the centres. Scarlets scrum-half, Kieran Hardy, partners Dan Biggar at half-back. Elsewhere, Josh Adams regains his place on the wing after being suspended for the opening two rounds.

The front-five is unchanged. Adam Beard has seemingly won back the favour of international selectors, whilst Josh Navidi replaces Aaron Wainwright at blindside flanker.

James Botham is named on the bench to act as back-row support, whilst Cory Hill is also amongst the replacements along with Elliot Dee, Rhodri Jones, Leon Brown, Gareth Davies, Callum Sheedy and Uilisi Halaholo.

Because of those wins over Ireland and Scotland, Wales are favourites for Saturday’s game whereas there is still uncertainty over England due to how they fared in the opening rounds.

Against Scotland, Eddie Jones’ side could not find any sort of rhythm and had something of a slow start in their last outing with Italy.

Scoring against the Italians was Jonny May and his flying effort made the 30-year-old the second highest try scorer in his country’s history with 32. Rory Underwood’s tally of 49 is still some distance away, but what is in the here and now is Saturday’s game.

Earlier this week, Billy Vunipola was frank in how he described his and England’s performances so far this year.

The 28-year-old said that he had been ‘rubbish’ and those statements from the number eight have been a rare insight of complete honesty from a player widely considered as one of the world’s best.

May, too, was honest when asked how he feels England have been performing so far, but the Gloucester wing remains confident that improvements have been made in a short period of time.

“I think we took a big step forward against Italy,” May said. “I know everybody would have been like ‘oh okay Italy, they are going to win’ and of course we would have loved it to have been maybe a bigger challenge the following week, but you have got to remember that Italy had a pretty similar start to the competition as us.

“I thought they were pretty good against us. That will be as good as Italy play. They’re still a good team. We did put up a good game against them and of course it wasn’t perfect, but there was a shift, I think.

“If we are honest, we have been working hard on our attack and it wasn’t quite right in the autumn, but when you have got a very dominant set-piece and a brilliant defence, you can get away with winning games and it sort of got brushed under the carpet.

“We played in the autumn against Ireland and France and Wales and we played against Scotland just now. They are good, good teams. Very, very good players, competitive teams and you have seen how tight all the other scores are. It really is a tough, competitive Test match every single time you play.

“We are not being too hot on ourselves, but I feel we have made a definite step forwards, but we have got to build on it.”