Premiership stars in the shadows could provide England with different dimension 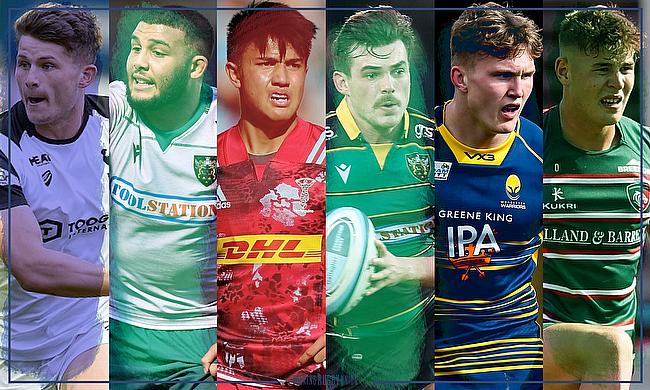 Courtney Lawes Interview: Italy are not going to just roll over
‘We maybe got too far ahead of ourselves’ - Eddie Jones talks England ahead of Italy's visit
Piers O'Conor named Gallagher Premiership Rugby Player of the Month for January 2021
Paolo Odogwu signs contract extension with Wasps

Even after England had swept Italy aside at Twickenham on Saturday, Eddie Jones’ selection was still being questioned.

Their clash against an Azzurri side - who have now lost 29 successive Six Nations matches - did provide a chance for Jones to hand opportunities to players who must be itching to prove themselves on the international stage.

In the end, it wasn’t to be but with the first fallow week of the championships now upon us, some of the talented displays we have witnessed in the Gallagher Premiership may persuade Jones to change his thinking.

TRU’s Elizabeth Cartwright has listed six possible players who could have an impact for England if given the opportunity.

The Bristol Bears star has been in fine form so far this season. He has been influential in helping his club climb to the top of the Premiership table and last month, he picked up the league’s Player of the Month award.

?? Growing up on an Alpaca Farm
?? Journey at Wasps and Bedford
?? Learning from Pat Lam
?? England, Ireland, Australia or New Zealand?

O'Conor joined the Bears in 2018/19 and has been outstanding in all areas of his game, but in particular in attack. He's developed an incredible partnership with Semi Radradra and both are so difficult to defend when they're on a rampaging run.

O'Conor is a very versatile player and he has magnificent offloading skills. He's a fantastic playmaker for Bristol and there's no reason why he can't go on to play for England if he continues to perform like he has done in recent weeks.

The 25-year-old flanker who currently plays for Northampton Saints had a meteoric rise into Test rugby after being called into England's Rugby World Cup training squad in 2019.

He was one of four uncapped players who headed to Japan after making his debut in the warm-up game against Wales on home turf and he went on to feature in four of England's six matches, scoring his first international try against the USA.

His rugby career hasn't always been plain sailing, though. He was initially released from Saints’ Academy set-up which came as a huge blow, but his tenacity earned him a recall for the U18s side before moving into the Senior Academy on a full-time basis.

The England head coach describes Ludlam as an 'uncomplicated' player: "To me, he's one of those old-fashioned sixes that just does the job. He carries hard, tackles hard, cleans out hard."

Ludlam still has a lot to learn, but he's an exciting player who could offer England something a little bit different during the rest of the Six Nations with Jack Willis now, unfortunately, out of the picture.

The fly-half is a superb player and has been instrumental in the last few games he's played for Harlequins.

Last week, it was announced he had signed a new long-term deal to stay at The Stoop which every Quins fan will be delighted about. The departure of Paul Gustard a couple of weeks ago came as a shock to some of his teammates, but Smith has shown he can step up when it matters most and he has become a real leader on the pitch.

That's not to say the 21-year-old hasn't played well in big games before, but his performance against Wasps earlier this month almost allowed him to experiment and he looked so relaxed in the number 10 jersey.

That particular game really allowed him to express himself and his kicking was sublime, scoring 17 points off the tee. He's a very well-rounded player and he's not afraid to hit the 'big guys' which many love about him.

He's ferocious in defence and it's up there with some of the best fly-halves in the Premiership. His cheeky side-step and chip and chase are what everyone loves to see so surely he would be a great addition to England’s Six Nations squad?!

Of course, European Cup winner Joe Simmonds at Exeter gets a notable mention, but Smith is arguably having a better campaign.

The talented full-back who first started playing his rugby at Huntingdon RFC had been in good form for Northampton Saints until he took a nasty knock against Gloucester's Santiago Carerras at the start of the month.

It means he has been following concussion protocols, but hopefully it won't be too long before Northampton and England fans see him light up the pitch once again with his dazzling footwork.

His form throughout 2019 in the Premiership earnt him a spot in Eddie Jones’ plans for the 2020 Guinness Six Nations where he started the first two games at full-back, making his Test debut in Paris against France.

However, a combination of the national lockdown, injuries and a tough start to his international career meant he couldn't kick on from 2020, but in his last few games for the Saints, his class is beginning to shine through once again.

He can score from anywhere on the pitch and is lightning quick when on the attack. He's solid in defence, and he has shown he can be consistently good under the high ball. Fingers crossed fans get to see him in an England shirt soon, but for now, Elliot Daly is the holder of the 15 jersey.

At the age of just 21, Worcester Warriors Head Coach Alan Solomons made no mistake in electing 'Big Ted' as captain for the 2020/21 season.

The young but powerful forward has been described as 'intelligent and articulate' by his club boss and Jones has already had him training for England as an apprentice.

I heard from @WorcsWarriors Alan Solomons about his men in the England camp, @Ted_Hill26 and @OLawrence1.

It was great to get an inside track from the man that knows them best ahead of the Autumn Nations Cup.

His immense physical stature is what makes him unique and at 6ft 5in and nearly 18st, he's known for regularly driving his opposite number backwards in scrums at speed.

With the ball-in-hand, he has the confidence to offer himself up for the collisions and doesn't shy away from the opposition no matter who they are. His offloading game is also pretty spectacular and the gifted back-rower is sure to be on Eddie's radar with the next World Cup slowly edging into view.

But what about the here and now? The impact he can have on a team is unquestionable and he would be a great addition to England’s Six Nations squad because of his unique size combined with his pace off the ball.

The Leicester full-back Freddie Steward might be an outside shout, but he has been playing exceptionally well since the Tigers kicked off their Premiership campaign last October.

Steward has been a key performer in many of their victories, particularly against Bath and Worcester at Welford Road. At only 20-years-old, he is sensational under the high ball despite testing conditions and he controls the game beautifully. He's a skilful player who is hugely knowledgeable.

To be able to play at the highest level on only a handful of occasions and perform like he has, shows his quality. It's fantastic to see the coaches giving young players like Steward game time because it shows they're capable of playing in high-pressure matches and Steve Borthwick and his team believe in their ability.

Steward’s pace and quick feet allows him to break through defenders easily and his kicking is accurate and consistent from hand and off the tee. The future looks bright for the 20-year-old. Maybe he isn't quite ready to be putting on the Test jersey just yet, but wouldn’t it be great to bring some fresh blood into the England set-up?