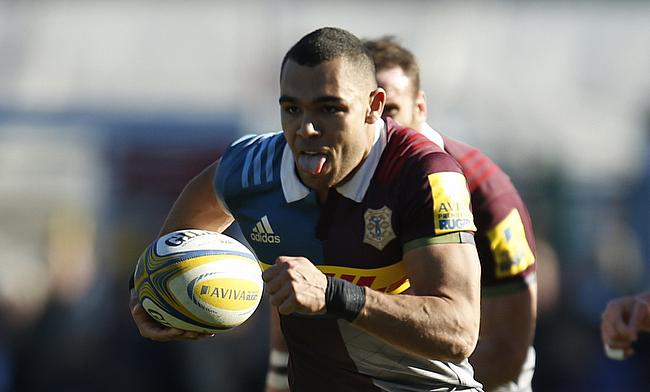 Joe Marchant scored a double as Harlequins defeated Sale Sharks 24-12 in the latest round of the Gallagher Premiership at Twickenham Stoop.

The win has taken Harlequins to the third place in the table with six victories from 10 matches while Sale Sharks are at fifth place.

Sale Sharks dominated the territory in the opening 25 minutes but could not quite get the points but it was the Quins, who opened their account first with back to back tries from Marchant just before the half-hour mark.

A line break from Alex Dombrandt along with a pass from Mike Brown sent Marchant over the line in the first of his two tries that came in the 25th minute. Three minutes later he got his second when he capitalised on a kick from Aaron Morris and brushed away a tackle from Marland Yarde to touchdown. Marcus Smith kicked both the conversions as the Quins raced to a 14-0 lead.

The trouble mounted for the visitors as Harlequins found their third try through Dombrandt in the 37th minute as Sale Sharks lost Jean-Luc du Preez to sin-bin for a a dangerous clear-out on the Quins number eight. Smith's conversion meant the Quins went on to score 21 unanswered points in the opening half.

A penalty kick from Smith in the 54th minute extended Harlequins' lead to 24 points before Sale eventually got their opening points when hooker Curtis Langdon dived from close range in the 62nd minute with a conversion from Robert du Preez reducing the arrears to 17 points.

Brown put on a desperate tackle to stop Raffi Quirke from scoring but from the resulting scrum, Robert du Preez crossed over for the visitors but the fly-half missed out on the extras. As the game headed into the added minutes, Luke Northmore was denied a try for a forward pass in the build up but the Quins still went on to win the game by 12 points.