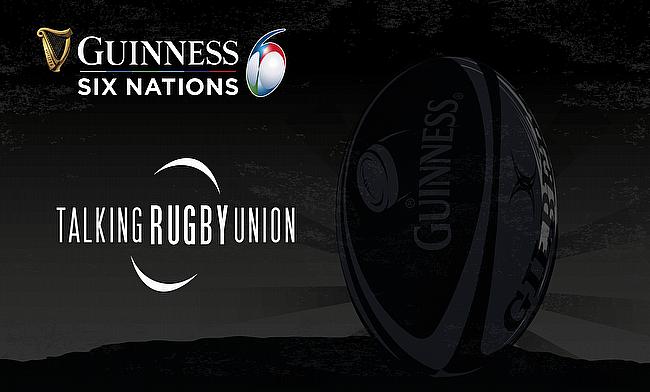 The Six Nations gets underway on 5 February
©Skiff Design

You can’t help but feel, like everyone else, we all thought at this time one year ago that the future looked brighter.

In reality, as Christmas drew closer, we all sat a little nervously in our seats as Covid-19 cases began to rise again, with the Omicron variant seeping into everyone’s lives in different ways.

Across rugby and football, the festive block of fixtures was decimated and plenty of games called off. As we all know, vaccinations and boosters will only make the effects of Covid milder, not prevent the spread.

With cases having risen about the 200,000-a-day mark recently in England alone, what the continued effect of the pandemic holds for rugby in 2022 is unknown. Part of this uncertainty centre’s around the northern hemispheres foremost international competition, the Six Nations.

In Scotland, from Boxing Day, crowd capacity was capped at 500. These restrictions are due to be in place until at least 17 January, dependant on the spread of Covid in the country.

Scotland are due to open up their Six Nations campaign at Murrayfield against England on 5 February before hosting France three weeks later, with First Minister, Nicola Sturgeon hopeful that larger crowds are able to attend the fixtures.

"All of us, including myself, want to be able to cheer Scotland on at Murrayfield in the Six Nations,” Sturgeon said.

"But I don't do anybody any good if I try to give certainty ahead of our ability to do that. We will continue to use the data and the evidence and reach the judgments to get that clarity as soon as possible.

In Wales, First Minister Mark Drakeford, has stopped crowds in their entirety from attending sporting events. Two days ago, the Welsh Rugby Union has been reported as considering playing their home games against Scotland, France and Italy in England.

This on its own has caused commotion in the Senedd, the politicians in the country more than aware of the revenue that could be lost from taking games away from the Principality Stadium.

Playing three home games in the Six Nations this season would be worth something in the region of £20m to the WRU. Said to be considering venues in North London to host their games at, both Louis Rees-Zammit and Jonathan Davies have publicly siad they want to play in front of fans this winter and early spring.

Rugby is nothing without fans ?? make this happen!! ?? https://t.co/KPQAy89KZI

In addition to this, Andrew Davies, leader of the Welsh Conservatives, believes that if Wales play their games in England, it will be detrimental to the country's economy:

"Many people in Wales will tell you that the current restrictions do not make sense," he said.

"I am cautiously optimistic the initial fear over Omicron is not coming to pass and the Labour government needs to have a long hard think about if these restrictions are completely necessary on Friday (7 January).

"It would be another blow to the Welsh economy if more of the Welsh pound is spent in London and not Cardiff."

In a press conference today, Mark Drakeford said that any decision made by the WRU when it came to hosting games at either the Emirates Stadium or the Tottenham Hotspur Stadium, is a decision that lays at the door of the union, and not the Welsh Government.

“I make no criticism of the WRU for exploring all the options that are available to them,” Drakeford said.

“They are a business and as a responsible business it seems to me that they are bound to look at all the possibilities.

“Whether they will choose to go ahead and play games elsewhere, with the undoubted risks that would bring, is a very debatable question.

“Whether I'd have any problem with them looking at the options - no I don't. I think that is perfectly legitimate for them as a multi-million pound organisation.”

On the whole, it seems as though this Six Nations will look far different anyway. Both Ireland and France have a limit of 5,000 fans at venues, meaning that the sight of heaving crowds will continue to be a thing of the past.

The only place this won’t be the case is in England, who are set to be the biggest winners from the whole situation. With a full capacity allowed at Twickenham, in theory the union should be able to make the most revenue, with 82,000 seats to be filled for their home games against Wales and Ireland.

In his press call this week, Exeter Chiefs’ Director of Rugby, Rob Baxter, said that he believes the financial implications for unions playing their games with limited fans are too great, his solution being to play all the games in one country to allow each side to have an income from the tournament.

"The whole beauty of the Six Nations has been that change of environment, that change of weather conditions, going to play in Scotland, Wales, Ireland - those are the great challenges," Baxter said.

"That's what makes the Six Nations such a great competition to win.

"You've seen French teams in that one week they can beat anyone in the world in Paris, and then the next week it doesn't go quite so well in Cardiff.

"That's the beauty of the tournament, that's what from a rugby perspective I am sure we would all want to see happen.

"That said, we can't all sit here and pretend the world is in an ideal place at the moment.

"For the national bodies, their responsibility goes beyond the professional sport, it goes right down to grassroots rugby, so if playing the tournament provides a level of income that cancelling it or no crowds doesn't create, then we've got to look at the next best scenario.

"If the next best scenario is playing it in one country, where you can have sell-out crowds, you can raise some revenue and you can keep that income stream going for all the bodies, then it's got to be better than cancelling it.

"I think with every sporting body, it's revenue that is the biggest thing that has been damaged, so anything that can keep revenue online has got to be preferable to just binning things for a season.

"We've all had to try and find a way to keep going, to try and keep revenue coming in. It's the same with any business, you've got to explore those options."

Today, the EPCR announced that rounds three and four of the Heineken Champions Cup and Challenge Cup are set to take place after receiving travel exemptions from the French government.

EPCR have announced that remaining fixtures in the pool stages of the Heineken Champions Cup are set to go ahead as scheduled.

Seven fixtures between teams based in the UK and France were postponed after travel restrictions were announced by Emmanuel Macron’s government following a surge of Covid-19 cases in the country.

Now exempted from restrictions as a result of travelling in ‘pursuit of an economic activity’, this agreement between the EPCR and France seeming to suggest that the Six Nations will go ahead as planned.

With just less than a month to go until the tournament is due to begin, there is much to be done by those charged with the game’s growth in Scotland and Wales in particular.

Playing the tournament in one country would certainly answer the question in a sense, however venues would naturally want some part of the revenue created and fans are likely to travel in their thousands to temporary home venues, potentially contributing to the spread of Covid-19 further.

The very nature of life these past two years has been a series of peaks and troughs, as well as twists and turns. Clearly there is a want from players to play in front of their fans, and not have a return to late-2020. No one does.