Leicester Tigers “unrecognisable” as they bid to equal club record 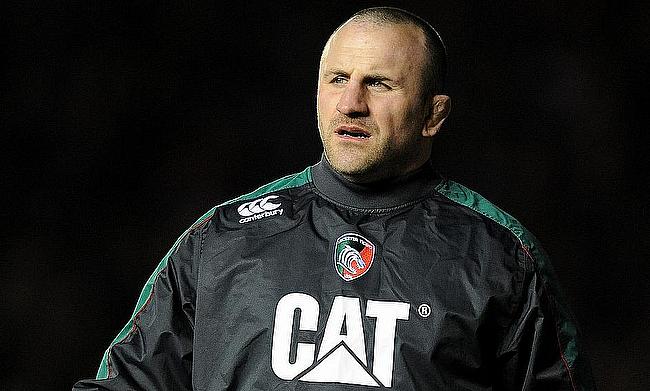 “I have been down to a few games working on the radio and the atmosphere is almost unrecognisable to where they were five or six years ago.”

Those are the thoughts of multiple Premiership winner George Chuter on his former club Leicester Tigers, who are on the brink of adding some extra lines to their already illustrious history books.

“They have been so low, so deep down in the doldrums both on and off the field,” he continues. “All around the whole club, there has been a real malaise and that has almost miraculously, completely evaporated. There is a real sense of optimism again.”

Chuter, who spent 14 years at Mattioli Woods Welford Road, knows all about being successful in a Tigers shirt and this current crop of Leicester stars are bringing the feel-good factor back to the East Midlands.

Victory on Sunday against Wasps will see the club equal their best-ever start to a season and also match the record for the Premiership’s best-ever beginning to a campaign.

?? Praise for Borthwick & his coaching staff
?? Why Genge 'epitomises' Leicester
?? Ford won't let Tigers down
?? A new battle for supremacy?@LewisMoody7 tells TRU why he thinks there is a 'new boss in town' in the #GallagherPrem...https://t.co/K6Xmh0VzOh pic.twitter.com/ljiiEb2Uuq

Steve Borthwick’s men have won 15 games on the trot (in all competitions) - 11 of which have come in the Premiership - and Chuter is backing Leicester to continue their imperious form.

“They have played some good games and they have been outstanding for periods, but I don’t think they have really put together an 80-minute performance where you think, ‘Wow, this team is unbeatable’ yet here we are with them 11 from 11,” Chuter says.

“What I will say is they have never looked like the second-best team on the day. They have always looked to control their own destiny in every game.

“They also look like a well-coached team and they look like a team that as bought into the way they are playing. It is not necessarily about individuals playing well. It is just actually having a team on the field, whatever XV that is, that know what they are doing.

“For me looking on from the outside, that is the most encouraging thing. They are 11 from 11, they are unbeaten, they are playing pretty well, but there is probably more to come.”

Leicester were a force to be reckoned with during Chuter’s time with the club, winning two European Cups, six Premiership titles as well as appearing in numerous finals.

They were ever-presents in the top four as well, but from 2017 onwards, the past glories dissolved into the background as the Tigers dramatically tumbled down the table.

Instead of challenging for honours, they were battling to avoid relegation and only Saracens’ salary cap misdemeanours saved them from the drop in 2019/20.

With Leicester seemingly heading in the wrong direction, in July 2020, Borthwick was tasked with ‘turning the ship around’ at Mattioli Woods Welford Road whilst uncertainty was swirling around the club.

But despite financial pressures and changes at boardroom level when the 42-year-old first arrived, the transformation the club have experienced over the last 18 months has been remarkable.

“Steve Borthwick is no mug,” says Chuter, who played alongside the Leicester head coach during their England days.

“He has obviously got a lot of experience from being around the world and he has been under some pretty good coaches too. Now he has got the team playing in a way that suits them and that immediately brings confidence to the team.

“In some ways, the Covid pandemic has helped Leicester. They got rid of some deadwood and I am not just talking about necessarily the playing and coaching side, but I am talking about around the club in general and that had to be trimmed away. Effectively, Steve Borthwick has been able to start with a blank canvas. He has pretty much got a squad which he’s put together himself or has certainly had a big hand in.

“The key for me is that he is actually doing it his way and that can be quite difficult for a young coach. He has brought in guys that he knows and trusts in the strength and conditioning department, within his coaches and behind the scenes and that is massively important.

“He has got his people in place and then it has been about moulding them and this is what impresses me most. He is always talking about getting better. Whatever the result is at the weekend, they are always looking to get better and all the players are saying that in the press.

“It can sound a bit dull or a bit like a party line from the outside, but actually, these guys have bought into it and they do look like every day they are trying to get better. That is key and it is a massive part of the success they have had so far and that comes from the top down which is what Steve has brought to the whole thing.”

On Borthwick’s coaching qualities, Chuter adds: “He was always a student of the game. I have never seen anyone work as hard on analysing and breaking down lineouts! He is an intelligent bloke. He is very quiet when you are in a team or a squad with him.

“He’s not the bloke who is playing pranks at lunch, socialising or going out and enjoying himself. He was just a very, very studious professional as a player and I think that is translated into the way he coaches.

“He practices what he preaches. There is no airs and graces about him, and what you see is what you get with Steve Borthwick.”

During the process of revitalising Leicester, Borthwick’s steely focus has not wavered even in the wake of the recent salary-cap investigation the club are now embroiled in.

The Tigers head coach said the inquires into alleged breaches are “talking about years past, it is not this team”, and that is something which Chuter was also quick to echo.

“I saw one of his press conferences which mentioned this was an historic thing and it doesn’t really refer to the current squad,” Chuter says. “I guess to a degree, there might be some players who are wrapped up in it who are still at the club, but this is clearly something that happened before Steve arrived.

“He is thinking that it will take care of itself and he is not interested in what has gone before, and he is in the here and now and looking to the future and working to be better. That is the perfect attitude. Again, it sounds like a bit of a straight bat, but what else can you say? He is not in a position to comment on what went on before he arrived at the club and all he can talk about is what has happened since he has been there and what is going to happen going forward.

“Look, it needs to be sorted out and investigated, but I don’t think it is something which is really relevant to this group. As far as Steve Borthwick and the squad are concerned, that is for someone else to sort out and they will tackle the consequences if and when they arrive.”

On the pitch, the Tigers acted swiftly to minimise the furore surrounding the off-field headlines by producing a commanding 31-0 victory over Newcastle Falcons last time out.

Whilst the salary cap investigation is another obstacle Borthwick will have to negotiate, the immediate disruption to their faultless campaign may come during the Six Nations.

After impressing in the autumn, Freddie Steward will surely be part of Eddie Jones’ plans and Ben Youngs has continued to be a mainstay for England.

Outside of that, George Ford’s fabulous form is making him hard to ignore - after the fly-half was axed from the international stage at the end of last year - whilst Tigers skipper Ellis Genge, who will make his 100th appearance for the club this weekend, continues to take strides forward.

The likes of George Martin and Harry Wells have also been tipped to be included in Jones' squad - which he will name on January 18th - and it means Borthwick could be without a cluster of his stars for an extended period.

“It is encouraging and positive times again for Leicester. Three or four years ago, you were probably talking about two or three players playing for England. Now you have potentially got five or six and not to mention the other home nations as well.

For now, international honours will not be the priority for Leicester’s players. Borthwick has very much turned the tide at Mattioli Woods Welford Road and the club will continue to ride the crest of a wave if they can add their name to the record books with another victory on Sunday.