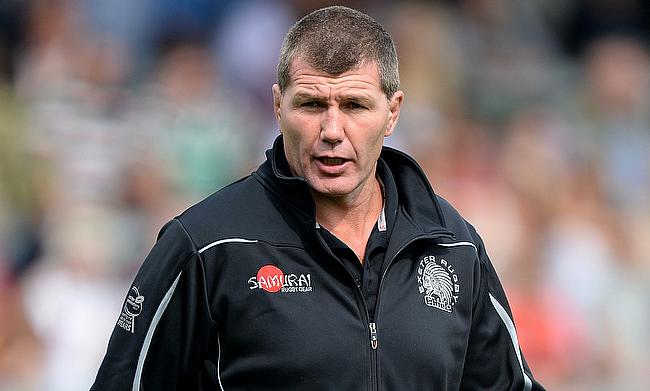 Exeter Chiefs director of rugby Rob Baxter has suggested the idea of playing the entire Six Nations 2022 tournament in a single country to tackle the challenges of rising Covid-19 cases.

"We must be prepared for cases to rise even higher," Mr Drakeford said.

In Scotland, the current restrictions are in place until January 17 and they limit attendances to just 500 fans while Ireland have a maximum of 5000 spectators allowed for any outdoor sporting events. England are permitted to have capacity crowds provided they have a full vaccination or provide a negative lateral flow test.

"The whole beauty of the Six Nations has been that change of environment, that change of weather conditions, going to play in Scotland, Wales, Ireland - those are the great challenges," Exeter rugby director Baxter said.

"That's what makes the Six Nations such a great competition to win.

"You've seen French teams in that one week they can beat anyone in the world in Paris, and then the next week it doesn't go quite so well in Cardiff.

"That's the beauty of the tournament, that's what from a rugby perspective I am sure we would all want to see happen.

"That said, we can't all sit here and pretend the world is in an ideal place at the moment."

Baxter feels the option of playing in a single country is better than cancelling the tournament or playing with an empty stadium.

"For the national bodies, their responsibility goes beyond the professional sport, it goes right down to grassroots rugby, so if playing the tournament provides a level of income that cancelling it or no crowds doesn't create, then we've got to look at the next best scenario.

"If the next best scenario is playing it in one country, where you can have sell-out crowds, you can raise some revenue and you can keep that income stream going for all the bodies, then it's got to be better than cancelling it.

"I think with every sporting body, it's revenue that is the biggest thing that has been damaged, so anything that can keep revenue online has got to be preferable to just binning things for a season.

"We've all had to try and find a way to keep going, to try and keep revenue coming in. It's the same with any business, you've got to explore those options."