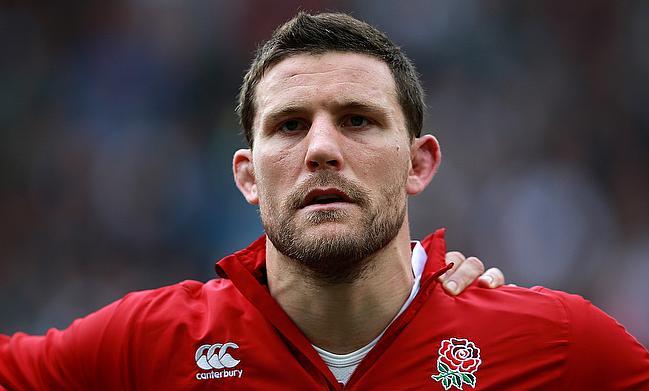 James Phillips signs contract extenstion at Sale
Josh Beaumont Column: It was a special day and one I will remember for a long time
Sale Sharks sign Simon Hammersley from Newcastle Falcons
Springbok Internationals Jean-Luc and Daniel Du Preez to join Sale Sharks on loan

Newcastle Falcons back-row Mark Wilson will join Sale Sharks on loan after the conclusion of the Rugby World Cup.

Wilson will return to the North-East at the start of the 2020/21 campaign, but Steve Diamond has acquired the services of the England international from November until the end of the 2019/20 season.

Operating usually at flanker, Wilson has made 224 appearances for his boyhoold club Newcastle and his impressive performances over the last couple of years have thrusted his name into Eddie Jones' World Cup plans.

Speaking to the club's website, Wilson said: “Firstly I would like to thank Dean Richards and Semore Kurdi for allowing me to join Sale Sharks for the 19/20 season. Their support has been fantastic and I am very grateful for the opportunity. I wish everyone at the club the very best for the coming season.

"I would also like to thank Steve Diamond for giving me the opportunity to come to Sale on loan. I am very excited about joining up with the team for the coming season. It’s clear to see that the club is ambitious, with an outstanding group of players, and I’m really looking forward to working alongside them, and giving everything I can to help the club achieve its goals.

"For the time being I will be fully focused on the preparations for the World Cup and giving absolutely everything to help put the team in the best place possible for the tournament.”

The 29-year-old will add even more firepower to a forwards pack already oozing international quality at the AJ Bell Stadium and he has also followed former Newcastle teammate Simon Hammersley to Manchester.

Sale Sharks Director of Rugby Steve Diamond added: “We are delighted to secure Mark’s services for the 2019/20 Gallagher Premiership season.

"It’s going to be a big year for us at Sale and it’s not often a current England International becomes available, so we jumped at the chance to loan him from the Falcons when the opportunity arose.

"We wish Mark good luck in his pre-season training with England and look forward to welcoming him at Carrington after the completion of the World Cup. – I would also like wish Newcastle all the best with their season and look forward to hopefully having them back alongside us representing the North in the Gallagher Premiership in the near future."

Newcastle will be without one of their star players as they bid to make an immediate return to the Premiership, but the Falcons have wished Wilson well for the upcoming term.

Dean Richards, Newcastle Falcons Director of Rugby added: "This has not been an easy decision for Mark because he is very loyal to the Falcons, but at the same time we understand he has to think about his England selection.

"Playing Premiership rugby gives him the best possible chance of maintaining his place in the national squad, and as disappointing as it is to lose a player of his ability for a season we fully understand Mark’s reasoning in reaching this decision. I don’t think anyone can question Mark’s loyalty after making 224 appearances for the club and the manner in which he has conducted himself throughout that time, and we wish him and Sale Sharks all the best for the coming season.”