Josh Beaumont Column: It was a special day and one I will remember for a long time 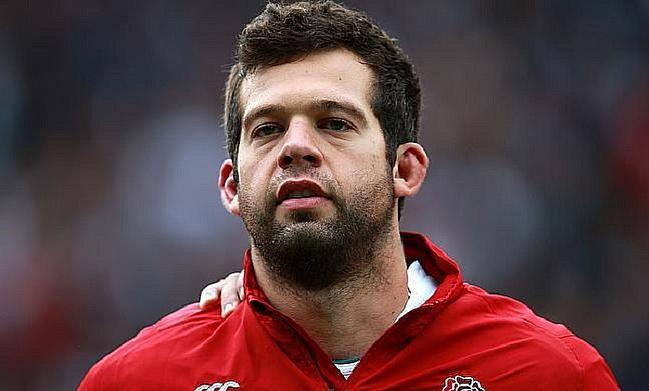 Inexperienced England XV beat Barbarians 51-43 at Twickenham Stadium
Sale Sharks sign Simon Hammersley from Newcastle Falcons
Josh Beaumont Column: We want to look back and say we have given it our all
Josh Beaumont Column: Ireland struggled with the mindset of being favourites. England thrived off that.

After captaining his country on Sunday, TRU columnist Josh Beaumont has penned his final words of the season as he reflects on a special day at Twickenham, England and an exciting 2019/20 campaign to come.

Obviously being captain, to run out at Twickenham last week and to also get the win was a very special day and one I will remember for a long time. He [Jim Mallinder] pulled me over as soon as I arrived in camp on Monday.

I had a quick chat with him and he asked me if I would like to do it and I didn’t have to think twice about it! It is a huge honour to captain your country. It is something I did with England Students so to be able to do it again on a bigger stage was very special.

Just to be in the squad, I think that was a recognition of the form I have been in this year. When I spoke to Jim, he said I was the right fit because I had captained Sale for a year and probably because I was one of the older lads in the squad!

Very proud dad! It certainly was a special day for the Beaumont family at Twickenham. Delighted for Josh that his @EnglandRugby captaincy debut resulted in a win pic.twitter.com/eMxrwg0EnN

‘The mood in the camp was great’

“The team spirit was really good. We had a few meals and we got the right balance between training and relaxing to get to know the guys off the pitch. It was quite a young squad and a few of the guys knew each other already. Tommy Taylor was the oldest player and he’s only 27!

It was a really good set of lads and we wanted to express ourselves, but at the same time, we wanted to enjoy our rugby.  Credit to the coaches too because Jim and others set up the structure for us to be able to do that. It was a good way to end the season and I think that showed in the performance on Sunday. Everyone expected them to win and we played some decent stuff so it was a good win.

We knew the Barbarians would come and have a few quirky things up their sleeves as they always do!

In the first half, we had good control on the game especially in that last 20 minutes. We stepped it up, put pressure on them and scored two or three quick tries. In the second-half, it was more of the game we were expecting; a bit looser and a bit more open which probably suited them and their attacking threats.

They brought it back to within a score, but credit to the leaders on the pitch. Our half-backs really took control and some individual bits of brilliance like the break from Joe Marchant and Marcus Smith directing helped us bring it home in the end!

It was my 21st birthday when I was with Durham at Twickenham six years ago! Myself and Simon [Hammersley] obviously played in that team that beat Cardiff Met that day so it was nice to be walking up those steps again and picking up another trophy.

An England side with a lot of #UniRugby talent. Great to see @Alex_dombrandt included. What a year it has been for him ???? https://t.co/5Dpb7s5Pvu

To have three guys in the team that have all been through the university route, is great. We all did three years and Alex Dombrandt is only one year out. He is still quite raw to the professional game, but he has shown with his performances this year at Quins and on Sunday what a talent he is. He is a fantastic ball carrier and reads the game really well and picks some great lines off nine and 10 so he has got an exciting future ahead of him.

What will next season hold: England and Sale

You never know what is going to happen in sport! The focus going into this year was to get my form back for Sale which I think I have done. It has obviously been nice to be involved with the England set-up again. I’ll enjoy a bit of time off now, but then, who knows?! The key thing for me is to carry it on to next year and hopefully take up more of a leadership role at Sale. It is exciting times for next year.

BREAKING NEWS | Sale have qualified for the 2019-20 Champions Cup by virtue of La Rochelle’s 81-12 win over Bordeaux!

La Rochelle’s BP win this afternoon means they qualify by finishing 5th in the Top 14 and Sale will qualify as the 7th-placed team in the Premiership!

We were pretty gutted after that Gloucester game. We thought we had done enough and Bath scored a late try to take that top six away from us. However, it was really pleasing to find out we had that Champions Cup spot and with the squad we have next year, it will be strongest squad we have had in years. It is exciting and now we have got the squad depth to maybe balance both the Champions Cup and the Premiership and give it a real good go in Europe. We want to kick on from this year.

I have got a few weeks of now which is nice. My body feels like it needs a rest right now especially after that last 20 minutes against the Barbarians! It has been a tough and long season so I think it is important now to rest up and come in fresh for pre-season.