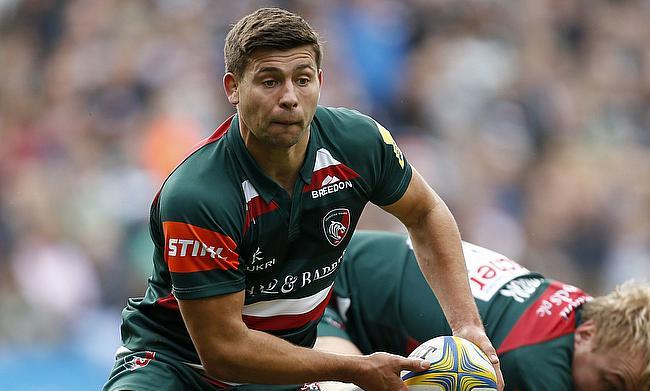 Ben Youngs along with George Ford and Ellis Genge, extended their contracts with Leicester Tigers this week
©PA

A quick scan of Leicester Tigers’ website tells you all you need to know about the challenging time they have endured.

Their homepage has been dominated by contract news after several players agreed to revised deals as a result of the Premiership salary cap being reduced from 2021-22.

The Covid-19 pandemic has also had a significant, financial impact on the club so a decrease in player wages was deemed necessary after Leicester revealed they have lost £5m in revenue during the crisis.

And in a week where the 10-time Premiership champions should have been parading Steve Borthwick as their new head coach and welcoming the likes of World Cup winner Aled Walters to the backroom staff, their current situation grabbed the headlines with the spotlight also on their departing players.

The majority of the squad did sign on the dotted line before last Tuesday’s 'ultimatum,' but not everybody did.

BBC Radio Leicester understands SIX players have been 'stood down' by @LeicesterTigers in a dispute over wage cuts, including England and Lions centre Manu Tuilagi.

The futures of teammates Telusa Veainu, Jordan Taufua and Greg Bateman, among others, are in doubt. pic.twitter.com/jq9nEgDaHC

Full-back Telusa Veainu has already found a new club after signing a three-year deal with Stade Francais whilst Kyle Eastmond, Noel Reid and Greg Bateman also exited Welford Road, but most of the attention has been on the future of Manu Tuilagi.

The England international had been at Leicester for over decade and he was arguably the Tigers’ headline act, but the Midlands club will now continue without him after he failed to agree terms on an amended contract.

Former Leicester man George Chuter witnessed a young Tuilagi burst on to the scene and whilst he admits the outside centre will be a big miss, he believes the club has to come first in this situation.

Speaking to TRU, Chuter said: “He is a fantastic player and when he plays and is fully fit, he is one of the best players in the world and he has shown that in big games for England.

“However, his track record over the last five years is patchy due to injury and that is well documented and in reality, over that period, Leicester have probably played more without him then with him.

“At the end of the day, and this is probably the case for every player in the history of the sport, no one player is bigger than the club and at the moment, the club is really struggling for money and struggling to stay afloat so they can’t afford to mortgage the future of the club on one player no matter how good he is."

Current Tigers scrum-half Ben Youngs told the media on Wednesday that he fully accepts the decision made by his England teammate, as well as his other former colleagues.

Youngs, who signed an extended contract with Leicester this week, said: “Do I feel let down by Manu? Absolutely not. He has given a huge career to Leicester and his family has been a dynasty. There comes a time in anyone’s career when potentially you need to change it up.

“Manu has been an amazing servant to Leicester along with all of his brothers and he now has an opportunity to go somewhere else. I don’t feel any disappointment.

“Manu is a father and he has to do what is best for him and his family. From my point of view, I speak to him as a mate and everyone knew the repercussions. If you didn’t agree to it there was a good chance you would be stood down and that happened. I’m sure it wouldn’t have been a decision made lightly by those guys.”

Whilst many Premiership clubs have had to plan for the new salary cap regulations and deal with the Covid-19 pandemic in their own way, Leicester’s business has been played out in the public eye, which the club are far from satisfied with.

It only adds to the challenges and obstacles the Tigers have been faced with over the last few years. On the pitch, their mandatory semi-final appearances have hit a dry spell and after avoiding relegation last season, Leicester currently sit in 11th place ahead of the resumption of the Premiership next month.

Off the field, finanical worries, redundancies as well as changes at board room level - including the arrival of chief executive Andrea Pinchen - have been well documented and Chuter does sympathise with his former club.

He added: “It has been a really difficult time for everyone and I guess the unfortunate thing for Leicester is that their business has been played out in the press a lot more than everything else.

“As fans, and even for someone like myself who is a former player, we don’t really know the full ins and outs of what goes on in a professional club.

“I have experience of being there, but things have changed so I don’t pretend to have any inside knowledge so having a chief executive or a senior management representative come out and say what is happening, that is a very underestimated role."

Chuter is referring to Pinchen’s recent appearance on the club’s video channel, where she stated Leicester were keen to get any negativity ‘out of the way’ before July 1st.

Now, the chief executive - as well as Chuter and Youngs - will be hoping Leicester can turn over a new leaf and focus on the future.

“Everyone was aware it [Leicester’s contract disputes] were being played out [in the media] a little bit especially around these five guys and it is frustrating, really,” Youngs told TRU.

“Clubs, I am sure, have had their own issues and they haven’t been as public as ours have been which has been unfortunate, but as a squad, everyone that turned up wants to be a part of it and work under Steve [Borthwick]. You can’t ponder and wonder ‘what if those guys had stayed?’ They are off to do their next thing and we all wish them well.

“The important thing is we have got 45, enthusiastic guys who want to get ourselves heading upwards.”

The prospect of Borthwick changing Leicester's fortunes is something which Youngs is relishing having worked with his new club head coach during their time with England and the scrum-half, who is on 99 caps for his country, is looking forward to a new way of thinking.

The club has agreed a new deal with international @BenYoungs09.

“There will be no lack of clarity from Steve,” said Youngs. “I have been very lucky to work with him for four years and be coached by him and he is unbelievable in his clarity and detail and that will give us as a team a real, good framework of how we want to play. It will be a different style and ultimately, it needs to be a different style because it hasn’t worked over the last few years.

“Change is exciting and the boys are showing the ambition and enthusiasm to throw themselves into it and get this whole new philosophy going.”

Chuter added: “Andrea has obviously taken over as the chief exec, they have got a new head coach, they have moved Geordie Murphy upstairs to Director of Rugby so with that all together and Steve coming in, if you can’t turn over a new leaf and start rebuilding from now, then when can you?

“Steve will need time to settle in because it is a big difference in job for him from coaching England or even coaching Japan and doing so for 10 or 15 weeks of the year. Now, it is seven days a week and 16 hours a day for 300 plus days a year so it will be a big challenge for him, but you are starting with pretty much a blank canvas. We will wait and see if they can put this past them quick enough to get on with it.”

Leicester should be returning to action in just over a month’s time when the Premiership hopes to resume the league on the weekend of August 15th and the results from their first round of coronavirus testing were released on Wednesday.

Six players and four-non playing staff have tested positive and Youngs was keen to stress that everyone needs to continue following protocols if rugby is to get back up and running.

"But I think what's important are the protocols of what happens next. You don't want that 10 to be 30 next week, then 80, and then we are in a spot of bother.

"But rugby does need to get back up and running. The clubs need it, everyone needs it, so we need that to be as diligent as possible across all the clubs to allow that.

"Hopefully people follow the protocols to make sure next week it isn't any larger than that."