Henry: “There is more pressure, but there has been more reward” 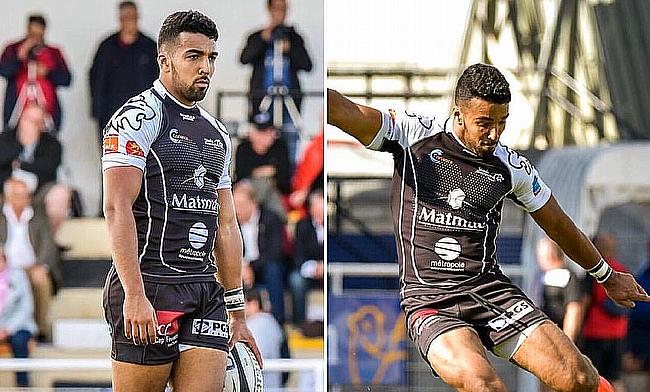 In an era of safeguarding English talent, it was a big step for Zack Henry to make the move across the channel, but his time in France could not have gone much better. He is an Englishman abroad, but he is still living his dream.

This year was Henry’s first season as a professional player but his move to Stade Rounennais has been a smooth transition. “I certainly feel at home in Rouen,” Henry told TRU. “I have met some great people.

“French rugby definitely suits my game at the moment and I want to stay out here to play. I spoke to a few English clubs, but I think the opportunity for me here is greater at the moment.”

It is safe to say that Henry has certainly had some high points in his short career so far. A successful University stint with Bath saw him gain recognition from Great Britain University 7s last summer, but this year saw him claim his first piece of professional silverware.

Rouen beat Macon (29-15) in the Jean-Prat Trophy Final which means they will be in the newly formed 'pool elite' to battle it out for a place in Pro D2. It was an historic moment for the club and Henry feels privileged to have been a part of that.

He added: “It certainly meant a lot to everyone who has been working for this for years. The support for the final was epic, both the travelling fans and the people watching on the big screen in the city centre in Rouen. There are plenty of exciting changes happening at the club and the success this year has definitely helped the development for next season.”

“I think the main difference for me to previous success in 7s or university level is being at club in a large city. There has been a genuine following of our games and good support. Full time rugby has meant that rather than any academic distractions we have all (the president, coaches, players, sponsors etc) been working each day toward the goal of winning the league

“I think there's been an added pressure this year with more at stake than in say a one off 7s tournament but there has certainly been more reward as well.”

There is no reason why Henry shouldn’t be feeling smug with himself.  His decision to reject offers from English clubs in the Championship and start a new life elsewhere has paid off. When you move out of your comfort zone, there is always that feeling of nervousness and whether or not you can make it work. Those thoughts may have crept into Henry’s mind when he suffered an injury early in the season, but he returned a stronger player and adapted his game to slot right into Richard Hill’s 1st XV plans.

Henry added: “After a few injuries throughout the season, I was happy to be back playing in the second half of the season changing from 10 to 12, and to start the final and get the win was a massive achievement for myself and the boys.

“My first season in France has been quality. I've learned loads on the pitch with a very different style of play which I feel suits my game.

“Hilly has been a great coach and has helped me a lot along with the other players as I am one of the youngest in the team. Luke (Cozens), another 10 at the club has helped me loads with my goal kicking so all in all I think it's been a great move for my rugby development.

“Off the field the other new English players and I have been learning French and it's great to be able to chat another language on the daily and pick it up relatively quickly.  It's also been amazing to travel across France for away games and see the whole country.”

The word settled springs to mind for Henry and a new one year contract shows just how much he has impressed in Rouen and also how impressed he is by playing in France. A move back home may not be on the agenda right now, but an exciting talent in a growing side is certainly making his mark abroad.

“A move back to England at some stage may be on the cards but for the minute I'm loving it out in France and I think it's helped me on and off the field and I will be focusing on the coming season and the new challenges against some big teams.”