What to do about Championship Rugby? 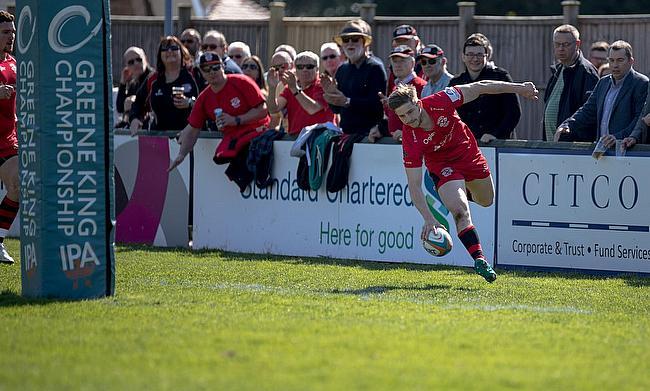 How long will the route to the Premiership stay open for the Championship sides?
©Rich Chapman

The future of English Rugby is up in the air right now.

The takeover of the Premiership Rugby competition has led to questions about the current format and how it could potentially be revised, with the emotive issue of promotion and relegation at the forefront of the debate.

It appears that the current Premiership teams and the Championship leaders London Irish want to pull up the drawbridge and ensure that the yo-yoing that has happened previously stops.

I have strong feelings about the Championship and how it could be improved. It also bothers me when the league is criticised as being of a poor level or not worth the investment of money or time.

I played (some time ago now) for Plymouth Albion and Cornish Pirates, two quite storied teams in that division although Albion are now in National One. One thing you can’t argue is that there are some supporters who really care. Really really care. We were followed around the country by Albion diehards who sung in the stands if we won or lost, happy just with our commitment. Pirates fans used to send in pictures of themselves from around the world wearing our shirt.

Chariman Alistair Bow's statement on the future of English rugby features in this article by the BBC, make sure you give it a read and see what other Championship clubs have to say - https://t.co/eKQfPi0S7T

Players live on a knife edge as salaries are, by and large, pretty poor. Outside of whoever gets relegated from the Premiership - including in the last 10 years Northampton, Bristol, Harlequins, Newcastle, Worcester and London Irish, and maybe including Leeds Carnegie and Ealing, the money on offer is not good. Sometimes quite shocking. I suspect many people don't realise just how bad.

At Albion, we had a player appearance at a local school where we spent the day coaching. It was a pleasant day with a receptive teacher and good kids, overlooking the Tamar on a bright spring day in Devon. The teacher was probably in his mid-30s and quite enthusiastic about rugby but we couldn’t help but notice his salary related comments about cars, gadgets and the like.

Now I was very early on Beats by Dre headphones, swallowing their marketing hook line and sinker, sporting a white pair of over ears when I was a young, fresh out of university privately educated, floppy haired rugby player but I was also driving a £100 1994 Audi A6 which had 160,000 miles on the clock and juddered alarmingly as the automatic gearbox could never quite make up its mind. I was not ‘balling’.

It became clear that this guy thought we were being paid megabucks as professional sportsmen. Eventually we asked him vaguely what he was paid and he replied somewhere in the £30,000-40,000 bracket. We told him he’d easily be one of our highest paid players and his jaw hit the floor. We then told him about the Plymouth Argyle players who would go to Nandos and pull out a wad of cash, paying for their whole table. We would all pay individually and often steal frozen yoghurt.

Guys are regularly offered contracts between £8000 and £16,000 per year. One guy at Pirates, fresh from the 2011 World Cup in New Zealand, was paid £6000 with accommodation on a local farm for his season. He was a very good player. I found it baffling that he would accept this but as he made clear, he had absolutely no other choice if he wanted to continue to play rugby.

I also want to make clear that playing Championship rugby is a full-time job. You work on the weekend for the entertainment of fans and you train all week, often to exhaustion. You suffer the same risks as a Premiership player in terms of the precariousness of the career but you are not compensated at a similar rate, nor do you have the time or the energy to pursue another form of employment. Players do pick up some extra money coaching or personal training but it’s not easy as your work hours are variable.

The disparity in player care is also a crucial point. This is not due to substandard people holding important support roles at the clubs. Conditioners and physios often work miracles considering that there can be one of them having to plan and provide for a whole squad of players on their own. At Plymouth we had one physio. At Pirates we had two. At Plymouth we went without a conditioner for much of my second season there. Teams simply don’t have the money to pay for more staff.

Championship players are moving to the Premiership at an ever-greater rate and doing a good job when they get there. My old teammate Matt Hopper moved from the Pirates to Harlequins and made the England Saxons squad. More recently Harry Williams, previously of Jersey, has become a regular member of the full England squad. There are plenty of other players holding down Premiership squad spaces. To criticise the quality of player in the Championship is just wrong.

One coach who spoke to me said that “from a playing point of view, it’s in a pretty good place and the product is good.” The level of play on the field and the type of game being played is better than ever, part of the reason that more and more players are signed from the division.

He went on to say that “the problem is the stadium, the competition, the cup and the infrastructure. It’s a tired looking league.” The format is all wrong and the clubs need some support from the governing body.

“Too many are reliant on owners to bail them out.” This could also apply to the majority of Premiership teams.

In 2009, @ExeterChiefs earned promotion to the Premiership for the very first time...

10 years on? They've won it, and established themselves as one of the finest teams in England ??@philldollman tells the story as someone who was there for the whole journey ??#RugbyTonight pic.twitter.com/bWTRaPKmi2

There’s only been one recent success story of a team moving up to the Premiership and making it work. They are the Exeter Chiefs and are now one of the best clubs in the country. Other teams go up and down. Some like London Welsh have met a direr fate.

On the other hand, plenty of players have proven that they can make the step up. Without the platform of the Championship they would never have had the chance. A recent interview with Quins lock Matt Symons in the Guardian makes clear that the English system lacks the mobility of the New Zealand equivalent.

‘The beauty of the Kiwi system is that pathways are so quick compared to here where a number of very good players get lost in the Championship or National One.’

Symons had failed to make the grade anywhere in England before moving to New Zealand and quickly ascending to the then champions Waikato Chiefs. Now he’s back in England but in the top flight.

I spoke to a current Championship player with Premiership experience who wished to remain anonymous. The fact that these guys feel that they can’t speak openly demonstrates how vulnerable their employment status is in the division.

He agreed that investment in infrastructure was necessary with “greater investment from the RFU in pitches and grounds” as a first step but also that there needed to be an increased emphasis on “player welfare from organisations like the RPA [...] players are so vulnerable.”

He also pointed to the level of competition, saying that it “needs more respect in terms of how hard a league it is and how good the players are as well as a game or two on TV each week to try and grow it a bit more.”

What’s for certain is that the RFU has a problem on its hands. If they do nothing and the clubs break away from the rest of English rugby, the development ground that the Championship has been could be rendered useless as clubs will surely completely scale back their operations and return to complete amateurism.

The decisions made over the Championship will have lasting ramifications for the future of English rugby. Next time I’ll speculate on what some of those decisions could look like and where around the globe could offer a solution.