Is World Rugby learning from the NFL's experience with concussions? 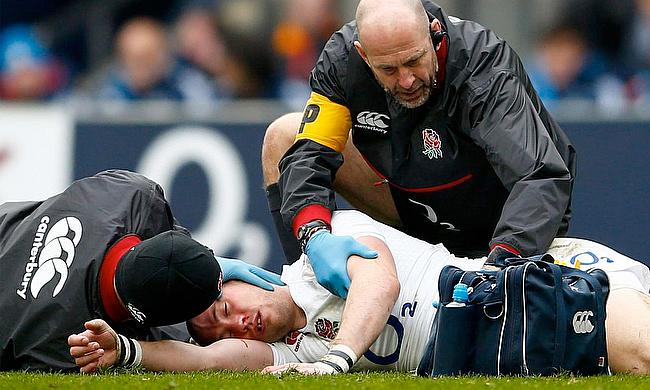 Renowned Catastrophic Injury Solicitor, David Sears, has welcomed news that World Rugby has appointed concussion experts for the 2015 Rugby World Cup as a move away from an over-reliance on professional players having to admit their symptoms.

In February of this year, David chaired Minster Law’s first Concussion in Sport event in York in which a panel of speakers collaboratively stressed the importance of professional medical diagnosis instead of player judgment in tackling concussion in rugby.

One of the themes stressed most at the event, hosted at York St John University, was a need to better educate sports professionals of the future on concussions and concussion protocol at a formative stage in their careers, decrying and discouraging the false expectation that sport, and especially rugby, players would admit symptoms of head injuries and seek help of their own accord.

Key speakers from multiple occupations, including former RFU player David Jackson, Consultant Neuropsychologist Dr Steven Kemp and Sports Injury Management Senior Lecturer Dale Forsdyke acknowledged that for many athletes there lies a fear that admitting to concussion-like symptoms could lead to them being forced to quit, on medical grounds, the sport they love.

Speaking after the event, David Sears said: “This was our first event aimed at promoting debate and awareness around issues that can result in serious injury. Two key themes have emerged strongly: firstly professional sports organisations must place more onus on diagnosis rather than trusting solely in players’ denials of symptoms, and secondly that promotion of greater awareness at the professional level must cascade down to grassroots level to encourage better early education of players and improved safety.”

With the arrival of the Rugby World Cup in the UK this year, these changes are already coming into force only seven months after Minster Law’s key speakers were discussing the need for them.

At the forthcoming tournament, specialists will be responsible for monitoring players affected by concussion and must issue an all-clear before the sidelined player can return to play. The plans have been strengthened further by the launch of the RFU’s ‘Don’t be a HEADCASE campaign’, focused on highlighting the dangers of concussion.

Commenting on the progress, David said: “It’s great to see player welfare coming to the forefront with the RFU using such a major event to highlight the importance of focusing on player safety. High profile multiple concussions of players like George North and Johnny Sexton who will play in the tournament have certainly helped raise awareness and the UK media has done a fantastic job of highlighting the dangers associated with concussion.

“However, there are also practical and legal elements to these initiatives. In taking the lead on concussion-related safety, World Rugby and the RFU are demonstrating that they have learned from the class-action lawsuit that has been ongoing against the NFL in America. The National Football League faces a $1billion settlement for up to 2,500 retired players who were affected by concussion during their time on the field.

"It is imperative that contact sports such as rugby continue to invest in research and are proactive in ensuring the health of their players for the long term. Now that the risks of concussion are known and are becoming better understood there can be no excuse for governing bodies, clubs, and schools not to take the matter seriously both for the health of the participants and to prevent potential legal action in the future.

"While there is always an element of risk in any contact sport it is possible to make sports like rugby substantially safer for the players without losing the essence of the game. Sport clearly plays an important social function and participation in sports such as rugby is to be encouraged but everyone involved needs to be aware of the dangers of concussion and what action to take when concussion is suspected in order to make participation in such sports as safe as possible. The upcoming Rugby World Cup is a great opportunity to showcase a fantastic sport and to raise the profile of the work being done to make the sport safer.”