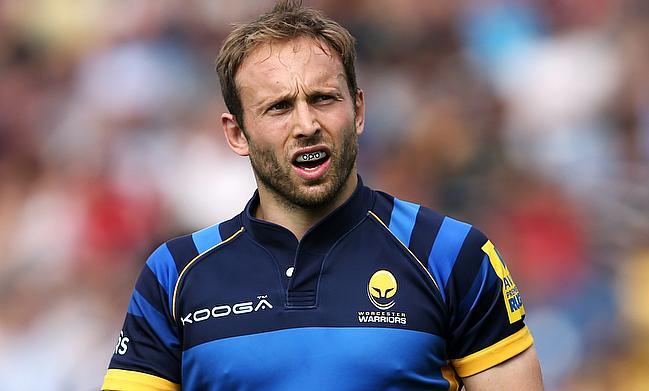 His demeanour may not hint towards any tension, but Alan Solomons is facing one of his biggest games of the season at Sixways this weekend, when Worcester Warriors host fellow relegation dodgers Bristol Bears.

The pressure is on for the Warriors, with Bristol boasting ambitions of a lofty sixth place finish by the end of their first season back in the Premiership, and demonstrating a level of capability that, if consistent, will likely see them realise something close to their goal.

Until the third round of Premiership action, Solomons’ charges looked set to fall by the wayside, in the wake of an impressive Bristol team. The West Midlands side struggled to see out fixtures well within their reach come the final blow of the whistle.

However, over the last two rounds, Worcester’s performances have been much improved, handing Leicester Tigers a high-scoring defeat at Welford Road and pushing Exeter Chiefs closer than anyone else has at Sandy Park since Saracens’ 24-12 defeat last March.

Read the report from today's clash at Sandy Park as a powerful Chiefs pack proved too hot to handle in the first-half.

Looking back at his side’s 28-11 defeat from last weekend, Solomons reflected upon a satisfying performance and praised his team’s resilience.

"If you look at the game overall it was four distinct quarters,” he explained. “In the first 20 minutes of each half, we were well on top in terms of territory and possession and in the back 20 they were on top.

"For me, at 21-3 down, we showed terrific resilience. In the second half, we kept them try-less, they scored their [final] try in the 73rd minute when we went down to 14 men.”

When followed up with the question of whether there were any concerning weaknesses ahead of their significant clash with Bristol, the 68-year-old spoke of the clinical edge that plagued them so significantly during their home defeats to Wasps and Newcastle Falcons during the first two rounds of the season.

"I think it's important that when we put pressure on our opposition we convert that into points,” he continued.

“You know what to expect. They [Bristol] are a possession-based team, they are going to keep the ball. What we've seen is what we'll get."

Thoughts turn to the emergence of young backrower Ted Hill, who burst onto the Premiership scene during the Warriors’ Welford Road triumph, in which the 19-year-old scored two tries from the bench and followed up his eye-catching debut with an impressive showing from the start against Exeter.

"Ted is a good loose forward. He's only a young boy and he's still got to do some growing; as big as he is now,” added Solomons.

Fans and most pundits will have been caught off guard to see Hill make such a significant impact in the Premiership, but Solomons insists that he found no surprises in the youngster’s progress, having held him back one season.

"I could see last year that he was going to come through. My approach was not to release him too early, not to put him in too early and I held him off last year.

"I believe that the time that we put him in was the right time and he's certainly proved that.”

A bit of a teaser to my article for @TalkRugbyUnion later today.

I've never spoken to a coach so immesly impressed with a youngster and dead set on them playing for England. pic.twitter.com/ST9GxIb4q3

“He's superb, Pennell said. He's got all the attributes to really kick on and physically he's incredibly gifted. He's a very powerful athlete, very fast, strong and the exciting thing is the foundations of his game are really solid.

"The basics of the game that you really need are there, but the exciting thing is how much better he could be. These are very, very early days and we're seeing him physically dominate in his position.

“When he adds those rugby smarts that will come over the course of the rest of this season and next season, I think we'll see an incredibly big talent for a long time. Hopefully in a Worcester jersey as well.”

In addition to the rise of Hill, keen-eyed fans will have noticed a marked increase in teenage talent breaking onto both the Premiership and England scene of late, with the likes of Sale Sharks’ openside Tom Curry as well as Harlequins’ Marcus Smith and Nathan Earle all receiving significant Premiership minutes and favour from national boss Eddie Jones.

Pennell believes that the influx of fresh faces gracing the top tier of English rugby is a testament to the increased professionalism within schools.

He explained: "For me, it comes from the professionalism now at school level. Whereby when I came out of school, all those years ago, I hadn't touched a weight until I started here in the academy, whereas these guys are on diet plans and strength and conditioning programmes from the age of 14. So you get your Ted Hill’s and your Ollie Lawrence’s that come out of school and they’re the same, if not better sometimes, than the long-term pros, which is quite a scary thing.

"These guys come out and if they're good enough, if they're talented enough, physically they're ready. So I think that's why we're seeing more and more youngsters playing."

Worcester Warriors finally unveiled a new ownership earlier this week after over a year of searching.  The primary funder will be Errol Pope, alongside Jed McCrory, Scott Priestnall and former Saracens and Sale Sharks flanker David Seymour.

While Solomons’ contact with the new men in charge at Sixways has been limited to a meet and greet, he spoke of a promising first impression.

"I've just met the owners, Jed seems a really good bloke and wants to do really good things with the club. I think it's positive.

While the wily old Director of Rugby was keen to play his cards close to his chest over the new ownership, Pennell spoke of a promising new future under the club’s new purveyors.

“I am absolutely positive about what has happened and Jed and all the chaps with him seem like good blokes and want the best for the club" – Director of rugby Alan Solomons on the new owners at Worcester Warriors https://t.co/yw7ZpheJ1O

"I think it provides stability, it provides a platform for us to really make some longer-term plans,” he said. “That can only be a good thing. So I think from that point of view it's very positive."

“If we can now knuckle down and get a five-year plan together, I truly believe that we'll start to kick on to where this club's been threatening to be for a number of years now."

The 31-year-old fullback also spoke of the players’ piece of mind under the new regime, in the knowledge that a player retired as recently as last season will be playing his hand in the decision-making process at a board level.

“I don't think we're giving a huge amount of thought to it as such, but I guess when you think about it, it is reassuring because as you say when there are decisions being made someone is able to put across a rugby perspective on those decisions.”