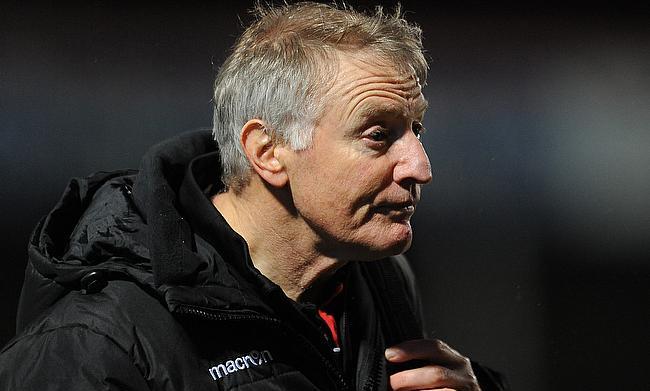 After failing to secure a win at the home of Midlands rivals Leicester Tigers during the first 145 years of their history, Worcester Warriors have registered back-to-back victories at Welford Road over the last two seasons, dispatching their opponents with impressive displays of attack-minded rugby on both occasions.

This was the perfect way for Alan Solomons’ Warriors to boost their confidence ahead of their trip to 2017 champions Exeter Chiefs this weekend as they ended their three-game winless streak.

Solomons, Worcester’s Director of Rugby, praised his side’s resilience ahead of their Sandy Park trip on Saturday and he also claimed that his charges can compete with any other team when playing at their best; as they did during their narrow 6-5 victory in Devon last season.

“As I've been saying all along, the margins are fine and I think the difference here was we finished very, very well.” Solomons said.

“We were clinical, particularly in those 58-60 minutes, right up until Jonny May's try, so that was really good. What pleased me is that we had a momentum swing.”

Solomons continued: “I think that's rugby. You've got to try to arrest a momentum swing and do something about it. I think what we did there was excellent. We showed really first-class resilience to come back and win that game. It's something we've been working on"

While Worcester’s senior squad will undoubtedly benefit from both the manner of their Leicester victory and his words, Solomons praised the confidence his youth players will have taken from the two-try outing of 19-year-old backrow Ted Hill, who replaced injured openside flanker Sam Lewis in the 25th minute last weekend.

Reflecting on Hill’s outing, Solomons said: "It's great. For me the big thing is we want to build the club through the medium of the Academy.

"There's some really good young players and it's good to see them come through, and it's a boost for all the youngsters to see a guy like Ted come through, play in the Premiership, play well and show he belongs there."

“He's got one hell of a future ahead of him,” Van Velze exclaimed. “He's a guy that keeps his head down, he works really hard and if he continues working hard and improving, he'll be an international player one day."

The former Northampton Saints and Blue Bulls forward also believes that the man Hill replaced is destined for the Test arena.

Van Velze ensured Lewis was sent his marching orders at Welford Road after picking up a ‘hip pointer’ in the first-half, noticing his loose forward compatriot struggling to give his best to Worcester’s eventual victory.

The Worcester captain explained: "If he's got one leg, one arm, he'll still try. He's passionate and he doesn't want to let people down.

"There's no use us having a player on the pitch that's not 100% when there is someone on the bench to come on.

"I was just looking after him because I want him to play for a full season, I don't want to lose him now and then he's out because he was stubborn.

?? “We have huge respect for Exeter but we know what we are good at.”@GJvanVelze looks ahead to Saturday’s challenge and talks about creating a culture for Warriors youngsters… pic.twitter.com/zJKdgkpj0x

"He's an exceptional player and if he continues the way he plays and Worcester play well, he has to be somewhere close to international selection."

The physicality of the sport Van Velze loves and has dedicated his life to comes at a cost, with the 30-year-old missing the majority of the 2015/16 season with ongoing symptoms of concussion.

While the Pretorian-born number eight clearly loves the game enough to overcome his concussion issues and return to the sport, he maintains that his line of work is significantly unnatural.

"You've got to understand that and appreciate that first. The game is only getting quicker, only getting tougher, only bigger players, more powerful people. So, you are going to get big injuries, it's about how you cope with that.

"At Warriors, and probably the majority of clubs in the Premiership, we really have an exceptional medical staff to look after people. So as a player, that's all you can ask for, that you're in the best hands for people that look after you.

His affection for the game and the values it instils at a young age have not only kept Van Velze from continuing his career within rugby - to the detriment of his body - but the club itself.

The Warriors skipper believes that key players have re-signed with the club with a belief in its potential, despite their extended linger at the bottom of the table since promotion from the Championship three seasons ago.

“I think he is a proven leader and is in an ideal position to captain the side at number eight" - Director of rugby Alan Solomons on why he appointed GJ van Velze as Worcester Warriors captain for new season https://t.co/ZCscp1zwTI

"The reason I'm still here and the reason Ryan Mills re-signed as well as [Chris] Pennell, is because we believe that there is a massive opportunity at this club and there's great potential, and we haven't reached that potential.

Van Velze and Warriors will be keen to repeat their victory at Sandy Park this weekend, with the hopes of building upon both their victory over Leicester last week and their third consecutive 11th place finish last May.