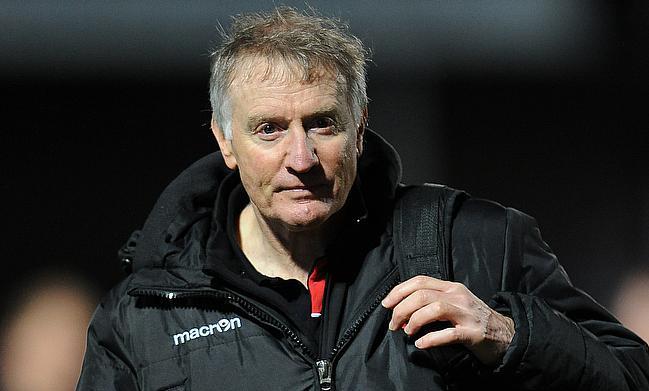 There was a time when Ben Te’o was the most heralded name in Worcester Warriors' ranks.

In his three seasons at Sixways, the Aucklander didn't even make 40 appearances for the club but he did manage to accumulate 18 caps for England and he also represented the British and Irish Lions in New Zealand in 2017.

Te'o was essentially the first regular Worcester player to be part of an England squad and he arguably shed more light on his club side in the process.

Over a year has passed since Te'o left the Midlands for sunnier climes, but now Worcester have two of their current stars in Eddie Jones’ England team for the Autumn Nations Cup.

In contrast to Te’o and Jack Singleton - the latter joining the Warriors’ Academy from Saracens in his late teens - Ted Hill and Ollie Lawrence are West Midlands born and bred.

At the age of 21, Hill is about to reach 50 appearances for Warriors and in July, he was named as the club’s youngest ever captain.

Lawrence is the same age as Hill and he made his debut for the national side two weekends ago in Rome, coming on to the field in impressive fashion to help consolidate England’s lead.

Each have been earmarked for success at a young age with Lawrence taking part in his first England camp in 2018, whilst Hill made his solitary international appearance in the same year against Japan.

Honoured to have made my debut, it’s a dream come true. Thank you for all the messages ?? #1416 pic.twitter.com/elsM6MWG7F

For Hill, he was nurtured close to home and was part of the Worcester AASE programme based out of Worcester Sixth Form several years after joining the Academy as a 14-year-old.

In terms of Lawrence, he is Birmingham-born. His father Michael represented Birmingham Moseley, but the Worcester centre played the majority of his rugby at Bromsgrove School, the same institution that previously saw Andy Goode, Matt Mullan and Ben Foden pass through its hallways.

“They are linked into the local community,” Alan Solomons, Worcester’s Director of Rugby, told TRU. “You are 100 per cent right. When I was reading about Ollie, everyone is so chuffed with him in that community and the same with Ted. I think it is just fantastic, I really do and the lads are very switched on to their roots. That’s for sure.”

In many ways, the pair are symptomatic of exactly what Solomons is trying to create at Sixways. The players are embodiments of a club producing talent locally who are then representing their professional club before pushing for higher honours.

It is expected over the Autumn Nations Cup that each of the young stars will be making appearances under Eddie Jones. Lawrence’s debut for England was an impressive one and with the Achilles injury to Manu Tuilagi, many feel the centre could be a like for like replacement for the Sale man.

Hill is the player that faces more of a fight for a place in Jones’ matchday 23. In the backrow, there are a plethora of options for the Australian to select with Tom Curry, Sam Underhill and Billy Vunipola seemingly his preferred combination at present.

Add in Ben Earl, Jack Willis and Lewis Ludlam, the Worcester skipper really does have a fight on his hands to gain selection, but it is one that he will be relishing.

“I think both of the lads have come through incredibly,” Solomons said. “They are both dedicated and committed and they understand, and I think particularly now having experienced training with the England side, they know what is required to play international rugby and especially in a side like England, one of the top sides in the world.

“I think they have worked really hard at their game and at their fitness and everything is in order to place themselves in a position to be selected.”

When rugby returned, Solomons was able to expose much of the club’s young talent to top-flight rugby. Noah Heward, Lewis Holsey, Joe Morris, James Scott, Oli Morris, Morgan Monks and others all got to see some form of first-team action and it highlighted that the future of the club is in good hands with a crop of players nurtured in the Worcester system.