Rugby Union and American Football: What are the differences and similarities between the two? 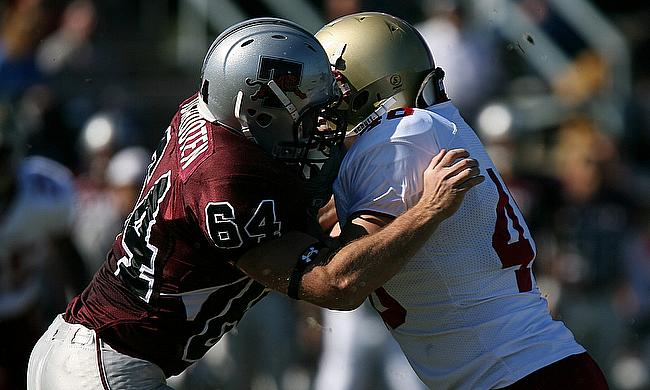 Most people in the UK, Australia, France, and other rugby-loving nations know very little about the NFL.

And the same can be said about rugby in the United States, with the recently-launched Major League Rugby still very much a niche sport.

But interest in the NFL is growing, with the league planning to expand its regular-season games taking place in London. With the popularity of the game on the rise amongst rugby fans, this guide is for the uninitiated; what are the overlaps, and how is American football different?

Let’s start with the simple stuff. It’s clear that there are some obvious similarities between the two sports. They’re both team sports played on a grass pitch, hands are used, for the most part, then you’ve got the egg/oval-shaped balls, and not to mention the high physicality.

You can’t deny that both rugby union and American football players take a serious beating. Tackling, blocking, running and colliding at high speeds, there’s a reason why most of these guys look like they could handle themselves in a brawl.

And aside from the physical, there’s the skill factor. The best in the business need to be tactical, creative, technical, and ready to handle high-speed action. The competition is fierce, the stakes high. But other than that, I’ve got to say the sports are very different indeed.

When you sit down to watch a game of American football, there’s one huge difference you note straight away: the kit they wear. Football players look like modern-day knights ready to go into battle, each wearing a helmet featuring what can only be described as a ‘face cage’. And then there’s the padding. You have your shoulder pads, gloves, elbow pads, knee pads, the works.

Rugby players, in comparison, look like they’ve just put on a pair of shorts and a shirt, game on. You’ll sometimes see a player with a scrum cap, but that’s about as far as it goes. Let’s just say that buying yourself a full rugby kit is going to cost you far less money.

The Worldwide Appeal of Rugby

Rugby union is the national sport in a number of countries, including New Zealand, Fiji, Wales, Tonga, Georgia, and Samoa. It’s also hugely popular in England, Scotland, France, Italy, Australia, and South Africa. The game has some serious worldwide appeal.

The NFL, on the other hand, is pretty much a United States-only affair. Sure, interest abroad is increasing, but American football still lags behind sports like soccer and cricket.

Nevertheless, the huge appeal of the NFL still makes it the number 1 professional league on the planet in terms of revenue. And that translates to the players’ earnings.

The average gridiron player earns almost $2 million per season. Compare the NFL vs MLR, for example, and the difference is startling; rugby union players in the US earn a paltry $60k in comparison.

For starters, American football is not about standing your ground, or holding the defensive line (not quite in the same way as rugby, anyway). The most common tackle you’ll see on the gridiron is one where the defender runs at a player with loads of pace and power. And usually, the offensive player is running at full pelt himself.

Not only that, American football allows you to hit other players anytime, anywhere. You can hit someone from the side without them even knowing you were coming. These collisions happen every single play, it’s standard. So yes, it’s fair enough that American football players have just that little bit of extra padding.

The Pace of the Game

There is a big difference in how rugby and football are paced. In American football, it’s all about quick and tactical plays. Once the QB (quarterback) starts the play, you usually have just a few seconds until the next down. Check out this incredible stat: the average game takes up 3+ hours, but if you dwindle that down to actual game-time, you get a mere eleven minutes.

Rugby, on the other hand, is more about the slow progression. While the game is fast, the progress is a long-haul affair. There are fewer breaks in play, with players looking for gaps to score a try. Remember, football has forward-passing, which also makes quite a big difference.

Listen, I’m clearly biased towards rugby. It’s obvious that the Talking Rugby Union vote won’t be going to the gridiron. Ever. But that doesn’t mean we turn up our noses to the #1 sport in the United States.

Rugby is a fantastic sport. And so is American Football. They’re just different. I never see the point of arguing about why one is ‘better’ than another. Like footie fans calling their sport ‘proper football’.

It just doesn’t make sense to me. When the Super Bowl is on, you can bet I’ll be watching with absolutely no shame, beer and popcorn at the ready. It’ll never replace rugby, but it’s not supposed to.