Why there is no ‘us and them’ mentality at Gloucester anymore 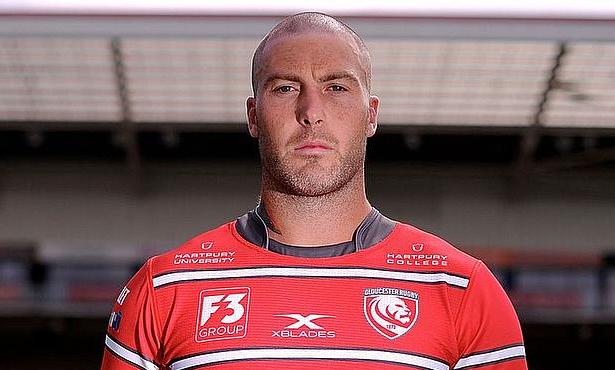 Since returning to play, Gloucester have experienced mixed fortunes having won three of their five matches.

Their resumption has been far from perfect, largely due to the upheaval surrounding the coaching group at Kingsholm during the lockdown period.

With George Skivington replacing Johan Ackermann and David Humphreys, the 37-year-old has recruited his own backroom staff and defence coach Dom Wauldock has been part of the transition process for the Cherry and Whites.

His move to Gloucester came as confirmation that the former Wasps man had retired, finishing up with Newcastle Falcons in the Championship. Since taking charge of the defence, there has been a steady improvement in the side, the try count reducing game on game.

With a demanding schedule, which willl see Gloucester play three matches in eight days, it has meant that Waldouck has had to learn quickly from game to game in order to improve his aspect of the side's performance as quickly as possible.

“The whole reviewing and previewing a team in one moment is a general challenge as is taking learnings from one week and then moving into the next," Waldouck said. "It is one aspect of the schedule at the moment and the players are reacting really well to it.

“You can put your learnings into practice immediately. It also puts a lot of pressure on addressing those learnings from one week to the next. I am really happy, I think we are seeing some incremental improvements in the stuff that we are targeting, so we are seeing some healthy development in our game.”

Massive thanks to the medical and S&c department getting me back on pitch so soon after a little hiccup in covid pre season, not the result we wanted but always proud to wear the shirt and get a full 80 into the bank @officialgloucesterrugby

Waldouck and the rest of the coaching staff have made wholesale changes for their visit to Sandy Park to take on Exeter. TRU columnist Charlie Beckett starts in the second row, whilst Billy Twelvetrees captains the side from fly-half and, amongst others, Matt Banahan makes his return to the side.

Moving into his third year in Cherry and White, the 6ft 7in wing is actually older than his defence coach by nearly two years and clearly still has the desire to compete. With Gloucester having precious little to play for now that a top eight finish looks fairly guaranteed, the former Bath man is hoping to carry on succeeding with his current club.

“I think the motivation in sport is that we all want to succeed,” Banahan said. “We are professional sportsmen at the end of the day. If we lost all the games going into the end of the season, as professionals, we would feel let down by ourselves, because that is not how we are and who we are. You want to go out and represent yourself, as well as the team, as best you can.

“I think the motivation is what keeps us going and succeeding. When people quit and roll over, that is probably when you lose your mojo to play. We are not like that anymore here, we want to keep achieving with such a small turnaround going into next season. This is momentum and performances that can let you get set and ready for next year.”

As for Waldouck, the short turnaround between games for players has meant a change in mentality for the matchday 23. With the entirety of playing squads being used, Banahan has been impressed by those stepping up for Gloucester since the restart.

Many of Gloucester’s academy players had primarily been playing their rugby against other academy sides or for Hartpury in either BUCS Super Rugby or the Championship. Now they are completely embedded into the first team, getting regular minutes as a result of a congested fixtures list.

“That’s the mentality that has helped the youngsters then flourish. The Rees-Zammit's, the Clement's, the Josh Gray's and even someone like Charlie Beckett who has gone from Gloucester’s academy, to Jersey, then back here.

"It gives them all the opportunity to flourish because it is not an us and them, it is a group that are trying to succeed and help get all the way through and I think that is the growth in the team that I have seen in the last two, three months that we have been in.

“It is quite surreal that what has happened in previous months has brought a team together, because in a normal league, you sometimes can feel that there is an us an a them. There is the boys that play on a Monday night and there is a starting team, but definitely not in this environment at the moment.

"There is a collective feeling that we all want to succeed if it is helping others to prepare for a Saturday or them helping another team preparing for a Wednesday.”