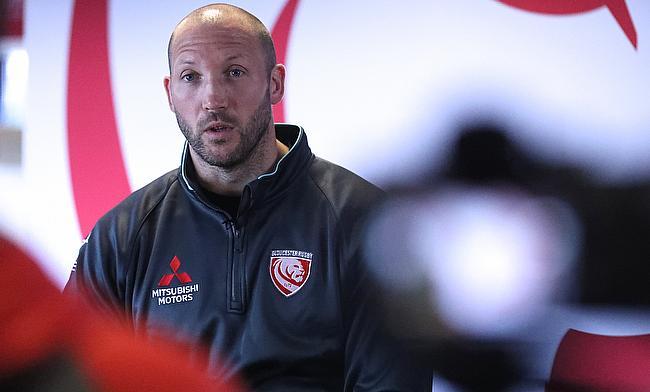 Exeter Chiefs dent Northampton's play-off hope with 22-19 win
Bristol Bears beat Worcester Warriors 36-13 to reclaim second position
Another defeat would end their top four dreams so can Northampton Saints find a glimmer of hope?
Why Wasps are ‘excited for the future’

At Kingsholm, London Irish were subjected to another defeat since returning to play. The loss to Gloucester now means that the hosts look bolted on to be in the Champions Cup next season.

In the opening 40 minutes, there were three tries. London Irish started the better, with Paddy Jackson slotting a penalty as the Exiles began to assert themselves in the pack. Some five minutes after the Irishman gave the visitors that narrow lead, it changed hands.

Jake Polledri looks a real force in the eight jersey and it wouldn’t be a surprise at all if we saw him wearing it for Italy in the near future. It was the Azzurri who intercepted the ball in midfield, beating a man prior to offloading to his fly-half, Lloyd Evans.

Evans would go on to cross under posts and convert his try as well, giving the Cherry and Whites the lead. Jackson and Evans would then trade a penalty each prior to the 20 minute mark with the arm wrestle for dominance still underway.

Irish had been starving Gloucester’s all-star backline all afternoon with their work on the ground proving extremely disruptive for George Skivington’s side. It wasn’t until successive penalties by the visitors that the home side were able to get a lineout deep in opposition territory and they certainly made the most of it.

It was a perfect move from the set piece as the ball was threaded through hands to Ollie Thorley on the right wing. He crashed over in the corner, with Evans converting from a really difficult angle, but Irish wouldn’t remain try-less in the first-half.

Ollie Hassell-Collins went across the whitewash following a bright spell from the Exiles. Jackson converted too and nearly repeated the same trick if Hassell-Collins’ grubber through had come to anything. At half-time, Gloucester went into the sheds with a slender 17-13 lead over their visitors.

It took some 10 minutes for the first score of the second half. It came in the form of Argentinian Agustin Creevy as the hooker crashed over the line after some concentrated pressure in Gloucester’s 22. Jackson converted to give his side a lead that was well deserved after their showing in the opening 50 minutes.

With the scoreline so close, it just took a try from Louis Rees-Zammit to take Gloucester back in front, the youngster the recipient of another good spell of passing that found the teenager, who finished similarly to Thorley in the first half. On this occasion, Billy Twelvetrees could not convert the try.

Gloucester would extend their lead six minutes later when replacement tighthead Jack Stanley was powered over the line. Twelvetrees converted too, furthering their advantage. It is fair to say that Irish had the best of it on the ground and Jackson was able to take his team to within a score of their hosts thanks to a penalty some 18 meters out.

It wasn’t to be an upset on the road this time around for Irish, though as Gloucester were gifted the ball back and a lethal combination of Rees-Zammit, Jonny May and Jordy Reid combined to send Stephen Varney over for a try. After a quick check for a forward pass in the move, the score was awarded and subsequently converted.

There would be no further tries in the half, with Gloucester taking charge of possession and subjecting Irish to another defeat.

Today we saw one of those games where you genuinely didn’t mind who won (unless you supported either team of course). Gloucester and London Irish were an evenly matched pair of sides, each with a group of players who you could tell are genuinely invested in the best interests of the clubs they represent.

As said in the preview, the biggest change that Gloucester had made was that of the half-backs. Stephen Varney and Lloyd Evans struggled to control the game at times and it was a major reason as to why the score line was so close at the break. It was only when Billy Twelvetrees came on that you felt the Cherry and Whites had real control of the game, Evans providing more of a fast and loose approach to proceedings.

Jake Polledri’s move to eight seems to be one that is going to be permanent. Although he is good on the floor, it is really his carrying and defending that earns the Italian international his wages. Producing dominant performances, it’s more than fair to suggest that he is going to be Sergio Parisse’s successor in blue.

London Irish seem as though they are almost there. Being wholly honest, they will feel hard done by not to have picked up at least a losing bonus point for their efforts. The sides’ defence was fairly immaculate, faltering on only a couple of occasions, regularly forcing Gloucester into kicking for territory and it could be a jewel in their crown.

Whilst they had very little to do at times today, the Exiles young wings had moments that really made you see what talent Declan Kidney’s side possess. When Ollie Hassell-Collins had ball in hand, there was always this gut feeling that he would produce something. Ben Loader, too, looked ahead of his years, extremely confident going into contact and a vocal player on the field, regularly asking the touchline referee for the picture the referee had.

It is hard to pick out who in the Irish pack was most influential in slowing down ball at the breakdown. It was very much a group effort, the Londoners picking up 14 turnovers to Gloucester’s nine. Again, this is a testament to their coaching and when Sean O’Brien is fit again, things will only get more difficult for opposition attacks.