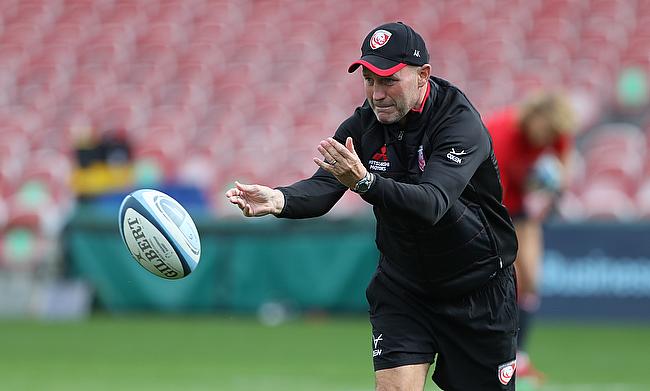 Another defeat would end their top four dreams so can Northampton Saints find a glimmer of hope?
Why Wasps are ‘excited for the future’
RFU's Steve Grainger provides update on National Leagues
Exclusive: Charlie Beckett on being back in the Premiership

Last Sunday's win over Leicester Tigers would have left Gloucester with mixed feelings. Following a dominant first half, the team faltered in the second period, allowing their visitors to within a converted try.

This weekend their opponents are not wholly different to the last side that was welcomed to Kingsholm. London Irish have little chance of qualifying for the Champions Cup, sat seven points behind Gloucester, who will be playing in the top tier of European competition thanks to its restructuring.

Many were critical of Gloucester’s dip in the final 40 minutes against the Tigers. Even though it meant precious little in terms of the end result, a lapse in performance has been a constant this season, predating the appointment of an entirely new coaching group, charged with taking the side forward.

Fullback, Jason Woodward, says he and his teammates are hoping to pick up a win this weekend to make their place ahead of Irish a little more stable.

“We really need to get another win this weekend and get a few more points on the board and distance that gap,” Woodward said. “You kind of almost don’t look at it. You don’t really look at the table. It is what it is. They are going to be a really tough challenge and as cliché as it sounds, every team in this comp can knock anyone over.

“I think for us, we are almost our own worst enemy by not being able to play that consistent 80 minutes of rugby. If we can string that together, we can beat anyone. If we keep shooting ourselves in the foot, we could be in a lot of trouble.”

Woodward starts tomorrow afternoon in the 15 jersey with Jonny May and Ollie Thorley either side of him in the back three. The only cogs missing from an exciting Gloucester backline is the mercurial Danny Cipriani and scrum-half Joe Simpson.

Rested most likely due to the Premiership's player welfare directives, Stephen Varney and Lloyd Evans make the half-back pairing. Other than that, it is business as usual across the pack, with Mark Atkinson and Chris Harris in the centres.

The man charged with getting George Skivington’s backs in order is Wasps legend Alex King. Since retirement, he has gone on to coach the backs at Clermont, Northampton, Wales and Montpellier, prior to coming to the West Country.

With London Irish having made large changes to their squad, King describes how he and the other lead coaches are preparing the side for each of their clashes.

“We obviously analyse all the teams that we play against, but you have got to think whether what has happened in previous games as their attack coach, their defence coach are trying to sort out solutions," King said. " So, you can give an idea to players about what is happening and there might be certain set-ups and trends that you might see, but you don’t want to get too obsessed with analysis.

“The game unfolds in a different way and you might have a plan going into something, but you have got to be able to adapt and that’s how we want to train these guys. To be adaptive to what they see and what they feel, rather than going in with a strict structure of how to play the game. What you see on film, it doesn’t correlate to what happens on a Saturday. The players are adaptable and play to the situation.”