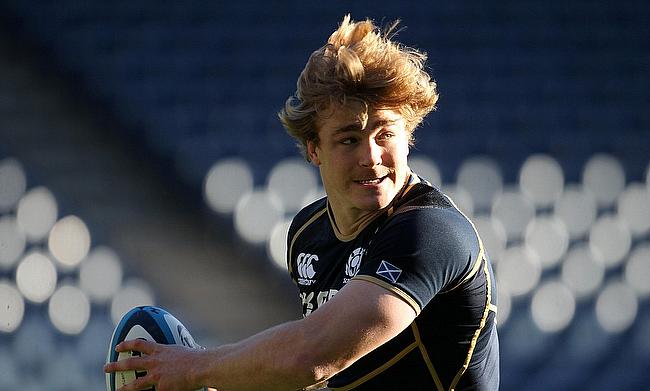 The decision follows after he failed to make sufficient recovery from a concussion that he sustained while playing for his club Leicester Tigers in October.

“My actual reaction at the time my neurologist told me it was no longer a good idea to play rugby... to be honest there was a bit of relief," said Denton to the official website of Scottish Rugby.

“This had been building up inside of me for four to five months.

"I knew there was a strong possibility that this moment (when I had to retire) was coming."

"By the time I got to it, I had been through all the emotional highs and lows, so I was prepared for it.

“Of course, it is devastating that my rugby career is ending. After a few years where I had a series of injuries, I had got myself back into a position where I felt, physically and mentally, that I could play the best rugby of my career.

“Since I was 14 or 15 my identity has been forged around being a sportsman, a rugby player. Now, at the age of 29, a few years before I expected, the circumstances have changed.”

The 29-year-old started his professional rugby career with Edinburgh Rugby in 2010 and has also featured for Bath Rugby and Worcester Warriors before joining Leicester Tigers in 2018. Overall, he has featured in 38 Premiership games for the three clubs.

Denton made his Scotland debut in August 2011 and has featured in 42 Tests with his last appearance coming for the Dark Blues during the June series last year.

“We’re really disappointed that someone who still had a lot to offer the game both at club level and for Scotland hasn’t been able to do that, but our first thoughts are with his health and his life beyond rugby and it seems to be the right decision to retire," said Townsend.

“We were hoping that taking some time out of the game would mean he would be available for selection in our world cup training squad and when that didn’t happen, we were hopeful he’d be back for next season, but again that’s not happened.

“We’re going to miss him with Scotland. He played very well last summer after being involved in the Six Nations, playing really well in that (away) game against Argentina, and getting back to the form he was in at the last World Cup".