What is it like to be an S&C at a pro rugby team? 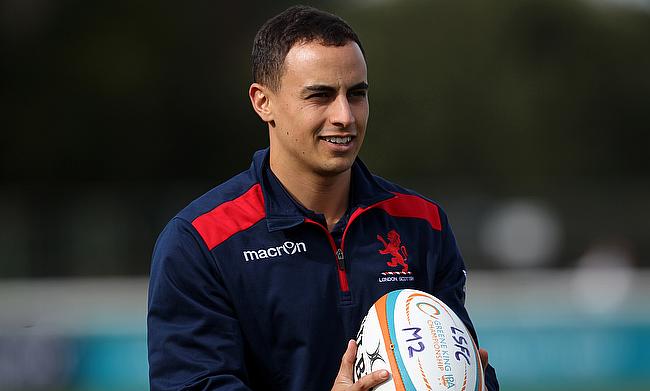 Inside Wasps: How a Premiership Rugby Team sees player recruitment
Matt Dawson tackle highlights how far rugby has come - and how much further it has to go
Christian Wade is just the latest multi-sport rugby player
Connor Wallace-Sims: The American Dream

S&C staff are some of the most important employees at a rugby club, making sure the squad are not only in the best possible condition to perform in terms of their physical capacity, but also keeping them as fresh and free of fatigue as possible.

These demands vary greatly depending on the structure of the league, particularly on whether a play-off system is used to determine a winner.

S&C staff are constantly there, liaising and planning sessions with the coaching staff and often a training week is completely structured around their recommendations.

This may seem bizarre to the casual observer who expects a coach or Director of Rugby to have complete autonomy but the reality is that with the physical demands of the sport, the success of the team can live or die on the competence and application of the Strength and Conditioning staff.

Owen Nicholls is Head of S&C at London Scottish.

Owen is new in the post and this is his first experience of Championship rugby after two years as part of the S&C team at Stade Rouennais in France.

How is the season going?

“We’ve got a phenomenal group of guys here that after a difficult season last year are really hungry to prove themselves. Unfortunately, the season so far has been frustrating. We genuinely see ourselves as a top four side, however we’ve started too many games poorly and left ourselves too much work to do in the second halves of games.

“It’s such a competitive league that you can’t give any teams cheap points, which we’ve done far too often. It’s an unrelenting season, since the start of the year we have played 12 games in 13 weeks, with several players playing 80 minutes in almost all of those games.

“The boys’ attitude and enthusiasm for training and improving has been equally unrelenting, and the improvements are showing at an individual and collective level. I am sure the work we’re putting in now will really pay off in the second half of the season and we’ll start putting in some complete performances.’

“We have a different set up to most clubs. We look to finish our training by 1pm allowing the players to work towards establishing their careers post rugby alongside their rugby career.

“This means getting a lot of work into a short period of time.

“I typically arrive at 06:30 when some of the players first arrive for treatment with the physios. The players check in and we adjust their programmes according to their wellness and injury status on a daily basis. I then check in with the coaches and we finalise any small details for the day.

“We then have mobility and strength & power sessions with the players from 07:30 - 10:00. In season, this is extremely variable based on the intensity of the preceding game and sessions are adapted on an individual basis. During training, I am then responsible for warming up the players where we microdose a lot of speed & agility techniques to consistently work on these skills.

“Then during training sessions, I look to manipulate the amount of time the players spend working and resting with strict timings based on the desired outcome of a session. I will then run through any extra conditioning with those that require it.

“At the end of the training day. our training data is logged to monitor the players training load. This way we can try to keep track of whether we are under or over training based on how much time the players are spending on feet and how hard they are finding the sessions. Whilst this monitoring is important, there is no substitute for simply establishing good working relationships with the players to know when to push them or to pull them back at both the individual and team level. Trying to ensure they are constantly improving, but will also be fresh on the weekend is a fine balance.”

How did you get your jobs after university? What are the opportunities like for guys in your position as a graduate and now?

“In my final year of University, I had to apply for quite a few roles before eventually getting a full-time job at Plymouth College. It is a saturated market and requires real persistence to get an opportunity. This job gave me the experience to get into professional rugby out in France which in turn has led me to where I am now.

“The key to getting into full time paid roles as a S & C coach is to get as much experience as possible, which I was able to do at Sydney University and the University of Bath. Unfortunately, this is generally unpaid in the UK and full-time paid opportunities are relatively limited. Though opportunities appear to be growing, with more sports, teams, schools and universities realising the importance of a strong S & C programme. There is still a long way to go in industry.”

What are the differences to your role in France?

“The role is very different - anyone who’s experienced the two cultures will understand! The French culture and lifestyle generally is very much about quality of life, whereas in the UK, we are much more career focussed. This filters down to all areas of life and is certainly evident in professional sport.

“French teams can seem laid back to English players and coaches, as a coach motivating the players is a different challenge. From my experience, athletes also get less professional S & C coaching from a young age in France. As such, a large part of my role was to teach basic movement fundamentals and educate the players on the importance of all areas of physical preparation including mobility, rehabilitation, nutrition and off-season training.

“In the UK, however, lots of academy systems and schools have high level S & C coaches teaching kids the fundamentals of movement from a young age. As such, my role currently is much more about individualising and adapting the players programmes to ensure we get the most out of each player given their individual strengths and weaknesses.”

How are the players/demands of the league different and how does this inform your approach?

“French rugby over the past 5-10 years has seemingly become obsessed with size and strength. Whilst these are obviously important attributes, they are by no means the be all and end all. What I sought to do in France, in line with the coach’s style of play, was create a fast and fit side that could run bigger teams off of their feet. Technically the leagues are very different as well. The French are notorious for their ‘flair’ style of play that can be relatively unstructured and unpredictable.

“English teams are much more structured. Physically, this means there is much less scope for individuals to fall below the standards of the rest of the team. As such, it is my job to ensure everyone is physically up to the required standard to maintain our structure on both sides of the ball.”

What is your general philosophy towards S&C and how do you keep improving?

“I’m well aware that I’ve still got a lot to learn as a relatively young S & C coach. As such, I try not to get too attached to any particular method or training system. Any coach that thinks a specific system (Olympic lifting, strongman training, crossfit, movement training etc) is the best method for everyone is missing a massive aspect of coaching. Especially in rugby, where you deal with athletes of all shapes and sizes and any injury history imaginable, players S & C programmes must be adapted at an individual level.

“You need to be open to having your mind changed by new experiences and the coaching environment at London Scottish is a great place for me to do this. Not only do we as coaches come from a range of different backgrounds and experiences, but we have created an atmosphere where we are all willing and able (coaches and players alike) to challenge each other. This creates an atmosphere where everyone is looking to learn from each other and improve week in week out.”