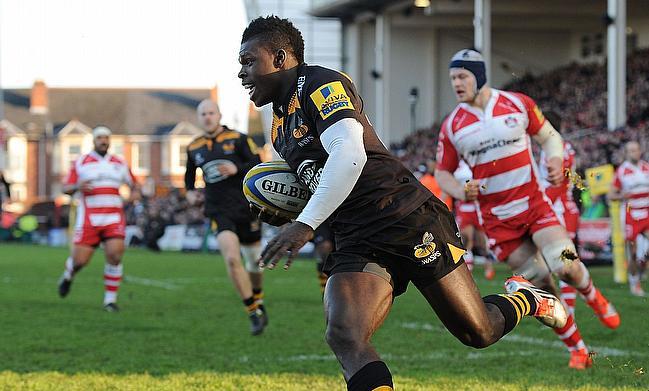 Christian Wade is on his way to the NFL to try to make it in America. He’ll be following a few other multi hyphenates who have tried their hand at games beyond rugby union.

Everyone's favourite YouTube rugby player, known for his out of this world offloading skills and a frankly awe-inspiring physique. Williams began in rugby league where he became an international at 18, switched to union where he has won the Rugby World Cup and Super Rugby before another quick jaunt in NRL to win the Premiership with the Sydney Roosters.

Williams has also interspersed professional boxing bouts along the way, becoming a world champion and giving him a special position amongst cross-code athletes.

Another man with a ‘physique touched by God’ according to his old conditioner, Hayne rose to prominence in the NRL before switching to the NFL where he made several appearances for the San Francisco 49ers.

He then left to pursue Olympic glory with Fiji 7s in rugby union, but switched back to the NRL after not making the squad. It seemed underwhelming in a way, but Hayne is a league international for Fiji and Australia, an NFL player and an international 7s player. Quite the resume.

Plucked from the South Sydney Rabbitohs in the NRL where he made 12 appearances off the bench and scored eight tries, the 6-foot-8, 346-pound Australian was selected by the Philadelphia Eagles in the 7th round of the NFL draft.

He’s yet to make an appearance for the Super Bowl champions, but he is on their active roster so is being seriously considered for minutes, despite being the youngest player at 21 years of age.

Ruscoe is a hell of a leader as evidenced by captaining New Zealand in both football and rugby union. She accrued 23 caps in football before switching over to rugby, winning one World Cup and captaining the side to another while also being awarded the New Zealand order of Merit.

Jantjes might be less well known than some of the others on this list, but as a junior athlete, he takes some beating, having represented South Africa in rugby, cricket and football at junior level.

He went on to appear for the Springboks 25 times and was unfortunate to miss out on playing against the 2009 British and Irish Lions due to breaking his leg.

Hunt followed a similar career path to Folau but actually had a short stint with Biarritz, playing and scoring in the Heineken Cup final, before switching to AFL. He spent 4 seasons in Aussie Rules where he became part of the leadership group at Gold Coast before switching to union and joining the Queensland Reds. He’s since become a dual code international but has more recently been caught up in some drug-related legal problems.

Like Sonny Bill Williams, Folau was a superstar in the NRL before trying his hand in the AFL where he played for the Greater Western Sydney Giants.

“Israel is definitely someone I’m interested in." Plans are in place to bring Israel Folau back to the NRL https://t.co/xNl2nguULw pic.twitter.com/GV3puUkErK

He then switched to union where he’s been one of the stars of the sport, winning Super Rugby with the Waratahs and becoming a dual code international.

Moyse is one of those people who is good at everything, representing Canada at both 15s and 7s Rugby World Cups. She is a two-time Olympic Gold medallist in bobsleigh and has also competed for her country in track cycling. She is one of only two Canadian athletes named to the Rugby Hall of Fame.

Ebner grew up in the USA competing in rugby union. He won player of the year awards for his age group teams before playing college football at Ohio State. He then won a contract with the New England Patriots where he has subsequently been a part of two Super Bowl winning sides.

The Patriots gave him leave to compete for the USA in the Olympics at rugby 7s and Ebner made the team, despite the initial scepticism of coach Mike Friday and the wildly differing physical demands of the sport. Ebner is back with the Patriots, but don’t bet against another 7s appearance at some point.

Bluck is the Welsh Jantjes, representing Wales at junior level in both football and basketball. She tried rugby while doing her degree in strength and conditioning and is now part of the Wales squad, scoring tries out on the wing and hoping to be selected for the 2021 World Cup.

Pyke is another unusual athlete having broken through in rugby union at Edinburgh before signing for Montauban in the Top 14 and representing Canada at the 2007 Rugby World Cup. He then sent his highlights to the Aussie Rules side Sydney Swans who offered him a contract. At the Swans, he became a regular part of their team, winning the Premiership in 2012 and retiring in 2015 having played 110 games.