What happened to the ruck? 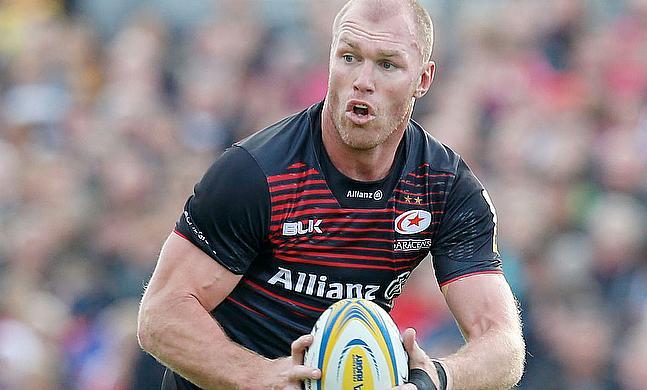 World Rugby have taken stringent methods to protect player welfare in regards to concussion over the last two seasons.

Aspects such as nipple line tackle trials have been ticking along in the background while a crackdown on contact to the head, neck and chin has seen the likes of Leicester Tigers' lock Will Spencer and Gloucester fly-half Danny Cipriani placed in the middle of furore between the game’s adjudicators and certain pockets of fans rhythmically chanting “the game’s gone soft”; or so I imagine.

Given the drama, sanctions and in-depth research conducted by World Rugby’s Science and Research Consultant Ross Tucker, PhD, the mind boggles at the lack of law enforcement within one of rugby’s most dangerous components, the breakdown.

Over the course of this year’s Champions Cup campaign, we have witnessed the result of referees permitting their charges to take inch after inch to amass a mile, bringing the ruck to the position it currently finds itself.

In July 2017, World Rugby made amendments to the laws permitting players to enter the breakdown in an attempt “to make the tackle/ruck simpler for players and referees and more consistent with the rest of that law.” Law 15.4 (c) now prevents a tackler from entering the ruck from any angle they should wish once returning to their feet, meaning that now every single player to enter a ruck must do so by entering via the gate.

Instead, we are now seeing player after player enter the breakdown from the side, with members of the team in possession most often seen entering at a 90-degree angle to clear out defending players competing for the ball, often illegally. Which brings us to the second breakdown issue to creep to the fore of late.

When competing for the ball at the breakdown, prospective pilferers must support their body weight by remaining on their feet. There has been a significant uptick in players leapfrogging prone players to go straight onto their hands at the breakdown, thus securing their spot by first establishing a solid base of support beyond the ball, again, illegally. Part of the reason we see players clearing out prospective jacklers with their heads and shoulders placed under ribs - an initial indication of lateral ruck entry – is to clear opponents in a rock-solid position over the ball, established by the method of first balancing their position with their hands.

A significant portion of rugby union is the skill in which the sport’s best players manage to bend the rules and push the line with the referee, searching for a feel of how far each week’s official will permit them to encroach upon their various areas of specialities. Two prime examples of such are Munster’s talismanic blindside Peter O’Mahony and Saracens’ pacesetting lock Maro Itoje.

O’Mahony is one of the wiliest around when it comes to lapping up any and all ground a referee will permit him and is a prime example of a player to have spotted lenience regarding hands on the ground during his initial placement at the breakdown. Also, it is worth noting O’Mahony’s clever tactic at the scrum in the image below. The Irishman is one of, if not the, best in the world at what he does.

Here's how Peter O'Mahony has been binding at the scrum, going under Archer's leg, rather than over Kleyn's back.

It means O'Mahony has essentially been a third second row tonight.

Only issue, it's not a legal bind. Should be a Leinster penalty. pic.twitter.com/MuzjXMKeFM

Meanwhile, Itoje has become the arch offside attendant, often pushing the invisible offside line to a brazen degree. This should not be taken as a slight to either O’Mahony or Itoje, these are the types of trait that All Blacks great Richie McCaw built his career around, and will likely have played significant roles in the duo’s British and Irish Lions selections against New Zealand in 2017.

If it were merely the Itojes and O’Mahonys of the world getting away with the aforementioned breakdown indiscretions, you could put it down to the individuals’ skill, however, this is not the case. These breakdown concerns are rampant throughout Europe, causing the ruck to fester in yet murkier waters than ever before.

As often highlighted by Olympic Sevens Gold Medal winning coach Ben Ryan, ruck clear-outs are not only becoming increasingly illegal in terms of breaching the laws of the game itself. We are seeing a marked increase in dangerous clearouts that could result in serious, career-ending injuries. Blown ACLs stand as the most common concern whilst the threat of neck injury has begun to loom.

Saracens’ Springbok openside Schalk Burger was lucky to escape sanction for upturning a Lyon jackler onto his head and neck during a clearout where the Lyon man, Deon Fourie, was clearly not supporting his own bodyweight, launching himself directly onto his knuckles instead of his palm on this occasion.

Keen-eyed viewers will also note the initial Lyon defender to compete for the ball manages to hold his established position when his feet go off the floor during the very last frame of the clip, further expanding upon the illegality of his positioning. While referee Andrew Brace does command the Lyon defender to release, it is for being the second man on the ball, and not for clearly failing to either support his body weight or keep his head and shoulders higher than his hips.

Aside from perhaps Burger’s “Wild West Clearout”, these incidents are far from isolated and the arbitrators of the game must begin to enforce the laws to stamp out the current issues surrounding the breakdown, prevent further convolution to an already complex game and aid in World Rugby’s attempts to reduce and prevent serious injury.