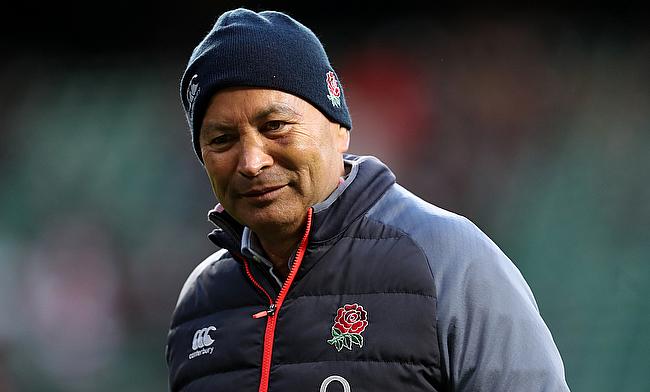 England coach Eddie Jones has urged World Rugby officials to revise the rules on breakdown after Italy tried to capitalise on the loophole in the recently concluded Six Nations clash at Twickenham on Sunday.

Conor O'Shea's men refused to commit after a tackle had been made which allowed their players to legally drift behind the tackle area without being offside.

This strategy was already employed by Wallabies during their recent November Tests against Ireland while Super Rugby side Chiefs have also used it in the past.

A visibly irritated England team were also seen using the same ploy at the start of the second half after they trailed by five points at half-time.

"World Rugby are in charge of the shape of the game and I'm sure (chairman) Bill Beaumont will have watched this match and will take some action," Jones said.

"Of course it can be solved. It can be easily solved. I could solve it like that (clicks fingers).

England international George Ford echoed Jones' sentiments and believes such acts can harm the spirit of the game.

"I hope it will get addressed before we play Scotland because if teams do that it is going to kill the game quickly. There's no rugby going to be played," Ford said.

"I don't think that sort of stuff happening is good for the game. You could see the frustration of the players, fans and coaches. It's just not what the game should be like."

Jones further added that he did consider such a ploy when he was in charge of Japan, only to expose the loophole to World Rugby and abandon it, further stressing that the game on Sunday was different to rugby.

"I've never seen a referee lose his perspective of the game. That's the reality of it," Jones said.

"The whole game became a joke. Our halfback goes to pass the ball and (Edoardo) Gori's there. The whole time he was standing there.

"Our players were definitely shocked. You go to pass the ball and all you see is a blue jumper.

"We have line-outs to have a contest game. When you take contests out of the game it ceases to be rugby."