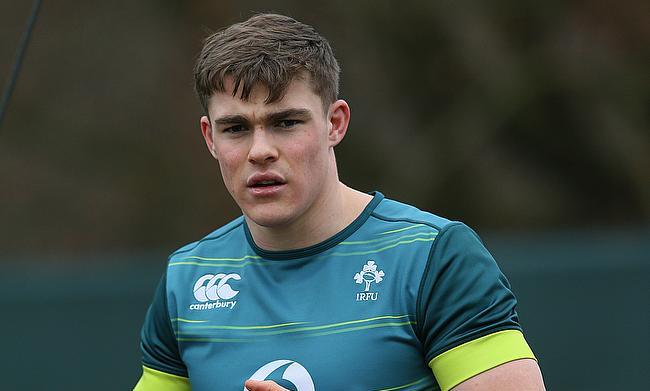 We now have our quarter-finalists for this year's Heineken Champions Cup and the last eight will include the likes of Edinburgh, Glasgow Warriors and Munster while Exeter Chiefs missed out on a place in the knockout stages.

Joe Harvey wraps up all the action from the final round of pool matches.

Edinburgh topped their group after this Friday night win over Montpellier. Jaco van der Walt kicked three first half penalties for Richard Cockerill’s side, however, the lead was cut down to two solitary points after Jacques Du Plessis powered over to score for Montpellier. Ruan Pienaar duly converted just before the break and the scrum-half started the scoring in the second half too with a penalty.

Van der Walt kicked another three points to nudge Edinburgh back in front, but it was a try from the hosts that proved to be the difference. Darcy Graham continued his fantastic try scoring form to put the game beyond any doubt. Van der Walt kicked the conversion to secure Edinburgh a home quarter-final against Munster.

In a game that ultimately meant nothing, Toulon came out on top at a snowy Kingston Park. Josh Matavesi crossed the whitewash in just the third minute of action, giving Toby Flood an early conversion. Toulon scores from Daniel Ikpefan and Filipo Nakosi were both converted by Louis Carbonel, who also kicked a penalty before halftime, with only three points from the boot of Flood providing a speedbump for the French.

Falcons were more competitive in the second half. Carbonel added to the Toulon lead with a penalty, but the converted tries of Nemani Nagusa and Micky Young put the hosts ahead with the minutes counting down for both sides. But, Toulon confirmed their win when hooker, Bastien Soury, trundled over the whitewash to secure a French victory.

Ben Spencer took the kicking duties in this game and scored the first points of the afternoon in only the third minute thanks to an early penalty. Spencer would be converting his own try next, however, Glasgow responded. An unconverted Tommy Seymour try was swiftly followed by one from Ali Price that Adam Hastings did kick. Ryan Wilson’s converted try in the 20th minute would prove to be the final score of Glasgow’s afternoon.

Efforts from Vincent Koch and Billy Vunipola were converted by their scrum-half before the halftime whistle was blown. Sarries’ dominance continued as the hosts maintained possession of the ball for long periods of time and did get two tries as their reward. Maro Itoje and Will Skelton rumbled over to give Alex Lozowski four points from the tee. Despite the loss, Glasgow qualify from the group alongside Saracens and the two sides will meet again in the last eight.

Cardiff Blues started slowly in this fixture, giving up a penalty try and a converted Xavier Mignot score, however, this would be all that Lyon would contribute to the tie. Cardiff’s points came through Aled Summerhill, the wing scoring two tries for the hosts in the first half. Scores from Owen Lane, Tomos Williams and Lewis Jones would provide the icing on the cake for Cardiff, however, neither side will progress from their pool.

Racing 92 ended their pool-stage campaign with an impressive win against Scarlets. Dan Jones kicked four penalties for Scarlets in this game, as well as converting tries from Steff Evans and Johnny McNicholl. Sam Hidalgo-Clyne converted McNicholl’s second try late on in the game.

Leicester Tigers were undone by a visiting Ulster side who relied on the brilliance of Billy Burns to win this game. Leicester kept the Northern Irish side quiet in the first half, scoring 10 points through Matt To’omua’s converted try and a George Ford penalty. Ford landed a second penalty, but Ulster responded as converted tries from Marty Moore and Robert Baloucoune, who latched onto the end of Burns’ chip over the Leicester defenders, was the difference as Ulster won at Welford Road.

Munster won this narrow fixture over Exeter Cheifs in what was a physical affair at Thomond Park. Joey Carbery kicked a penalty in the sixth minute to open the scoring, after Munster had the better of the opening stages. Exeter then took the lead when Don Armand picked from the bottom of a ruck to give Joe Simmonds a conversion.

All that Munster could do was kick another penalty, setting up viewers for 60 more minutes of physical rugby. Neither side could seem to find a way to break one another down, with Exeter refusing to take penalties in kickable positions. Munster would take an opportunity though as Carbery slotted his 20th successive kick to send Munster through to the next round where they will travel to Edinburgh.

Gloucester narrowly missed out to Castres as neither side managed to move on from the pool stage. Henry Trinder crossed the whitewash in just the first minute, allowing Owen Williams to start his scoring for the afternoon. The Welsh half-back kicked another conversion soon after with Ben Vellacott’s try. Florian Vialelle would bring Castres into contention, with Rory Kockott converting the score.

Vialelle and Kockott repeated the trick in the second half and really kick-started the Castres comeback. Williams kicked a penalty and scored a try to end the Gloucester scoring, but Castres secured the win very late with tries from Armand Batlle and Maama Vaipulu.

Wasps started to gain a foothold in the second half, Nathan Hughes proving a point by crossing the whitewash, but his effort was cancelled out by Cronin five minutes later. Noel Reid converted his own try after Dan Robson’s converted score. Reid would kick the final penalty, just moments after Marcus Watson’s unconverted try as the European Champions marched into the last eight.

Bath ran their hosts close in Toulouse, but were already out of the competition as the French club progress. Joe Tekori scored the first try of the game for Toulouse, allowing Australian Zack Holmes to open his account for the game. A try for Antoine Dupont had the same result, with Holmes also kicking a penalty while Rhys Priestland’s penalty was the only thing that Bath could muster in response.

Toulouse were relatively downbeat in the second half as Bath scored tries through Semesa Rokoduguni and Zach Mercer, each of which Priestland converted upon request. Toulouse’s narrow was finally secured thanks to Thomas Ramos’ 69th minute penalty.