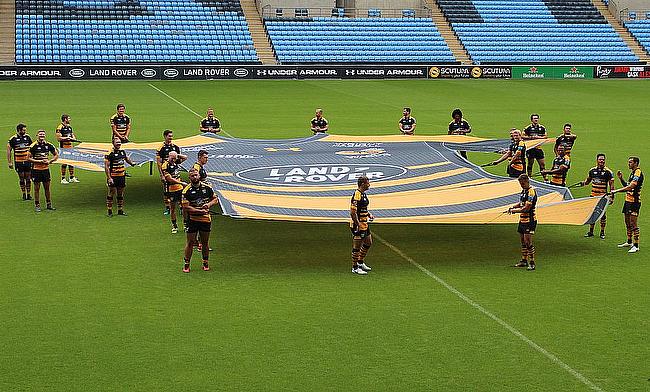 Stuart Hooper: “We feel privileged. That is magnified about a million times right now”
Another cancellation will disappoint Leicester Tigers but have they turned a corner?
Rob Baxter: “Getting over it is no different to what we have always done
Hartpury coach Ryan Lamb hopes ring-fencing idea will only be a short-term measure

The Midlands side overpowered the champions as they stormed to a 34-5 win at the Ricoh Arena to avenge their defeat at Twickenham back in October.

Last year’s runners-up have recovered from a slow start to this campaign and now head into Friday night’s clash with Bath on the back off four consecutive victories.

Blackett described their win over Exeter as a “statement” and a triumph over Sale Sharks, as well as back-to-back successes in the Champions Cup, have really kicked-started Wasps’ term.

“It’s a big confidence boost,” Gaskell said. “We kind of eased into the season. A lot of things we sat our hat on, it has probably taken a couple of games to get back to that and I think the weekend was the first time we have shown that intent for 80 minutes to work hard, to get off the line, to hit things and carry hard.

“I think that is one of the most pleasing things. We have started to push back to where we finished the season at last year.”

In their last four matches, Wasps have scored an average of just under 30 points, but they showed a different dimension to their game to see off the champions last Sunday.

Gaskell, who operated at blindside flanker, was part of a forward pack who dominated Exeter and the 30-year-old also managed to grab two tries to take his tally to three scores in as many games.

Gaskell hadn't crossed the whitewash for just over two years before he dotted down against Montepellier in the Champions Cup last month.

“I’d like to say I have been doing something magic in training, but I think it is more of a case of being in the right place at the right time!” he added.

“The way we have played over the last few weeks has led to a lot more open field opportunities and people being able to get their hands on the ball more. I have been the lucky one who has been on the end of some great work from Launchers [Joe Launchbury] last weekend and Crusey [Tom Cruse] against Montpellier.

“The pick and go stuff is the nitty-gritty stuff and it isn’t the fancy stuff. Normally I am the bloke who gets on the latch rather than the one who carries the ball!”

Gaskell was replaced five minutes after his second try which ended any hopes of him completing a hat-trick, but following a flurry of injuries over the last two years, Wasps are keen to make sure that one of their key players this term can continue his eye-catching form.

“I think the body has had a fair few minutes over the start of the season,” Gaskell said. “Speaking to the coaches afterwards, it was more just a case of they were looking after me to make sure that I can play in the next 10 games, not just short-sighted and playing the next two or three.

“If I get the chance again, I’ll try to get over before they drag me off the pitch!”

After experiencing those aforementioned injury setbacks – which include a dislocated shoulder, an ankle problem and multiple tears to his calf or hamstring – Gaskell has become a key part in a well-oiled Wasps machine and the club have the opportunity to move up to third place in the Premiership table on Friday night.

Gaskell admits he is thoroughly enjoying his rugby at the moment and following some highly impressive results against some of their possible title rivals, victory at Bath would certainly keep the confidence flowing.

He added: “100 per cent. It is not just what we are producing on the pitch, but it is also the group of blokes we have off it. There are a lot of lads here who I have played with from 22/23 years-old onwards and some even younger than that, and it has just been great to follow and progress and see everyone develop. I think that off the pitch stuff can produce something better on the pitch and I think we are starting to see the fruits of that.”