Stuart Hooper: “We feel privileged. That is magnified about a million times right now” 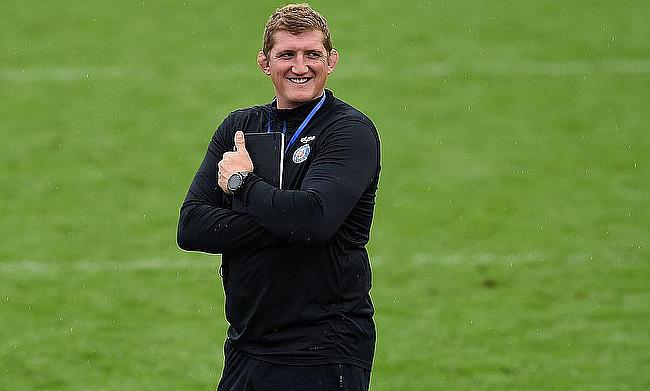 Another cancellation will disappoint Leicester Tigers but have they turned a corner?
Rob Baxter: “Getting over it is no different to what we have always done
Hartpury coach Ryan Lamb hopes ring-fencing idea will only be a short-term measure
Wasps sweating over fitness of Jack Willis ahead of clash against Bath Rugby

On Monday evening, the news filtered through that many of us had been fearing but also expecting.

Prime Minister Boris Johnson announced yet another national lockdown and once again, he has instructed people to stay at home to control the rapid rise of COVID-19.

For the vast majority, the tighter restrictions have arguably been in place since the clock struck 00:01 on Boxing Day as we continue to adhere to the guidelines in order to save lives.

Without a doubt, these circumstances are challenging, frustrating and stressful so it is has been exasperating to see top-flight footballers seemingly do as they please.

At the beginning of this week, the Premier League revealed 40 new coronavirus cases - the worst results to date - but some players appear to be oblivious to the current climate we live in.

The likes of Manchester City’s Benjamin Mendy, West Ham United’s Manuel Lanzini and Tottenham Hotspur trio Erik Lamela, Giovani Lo Celso and Sergio Regulion have gone about their business as if they are above the rules.

Professional sportspeople are in a unique situation to almost everyone in society. Their day-to-day lives do resemble some sort of normality. The vast majority understand the privilege to still be able to carry out their job in these extremely hard times, but as we have seen, some do not.

This isn’t a swipe at football. The spike in COVID-19 cases is also affecting rugby union as well. The Gallagher Premiership has already had to cancel five matches because of the number of positive tests recorded, but what was made abundantly clear this week, by Bath in particular, is they understand their responsibilities.

The West Country side are fully aware of how quickly the pause button can be pressed. Their matches against La Rochelle (Champions Cup) and London Irish (Premiership) in December both fell foul to coronavirus.

Before last Sunday’s clash with Leicester, Bath had not played a fixture for 22 days and whilst their defeat to the Tigers at Welford Road was frustrating, Director of Rugby Stuart Hooper was keen to put things into perspective.

“We feel very privileged,” Hooper said. “It is really interesting because I have been involved in professional sport for over 20 years so you often use that word ‘privilege’, but I think that is magnified about a million times right now.

“Lots of people still go to work and they have things to do which are vital and essential to our community, but very few professions are able to go to work and perform in the same state that they normally would. We have that freedom which isn’t available to pretty much anyone else right now.

“We have an arena. We have a responsibility. I often to talk our players, and I have done since the days that I played here, we play Friday night this week which is symbolic for me because whichever hill you come into Bath on, the Rec lit up at the centre of the city is there for you to see. That is intensified this week because everyone else is at home so we do have a responsibility to make people as proud as we possibly can.”

As Hooper alludes to, the Gallagher Premiership does have the ‘freedom’ to continue operating during this latest lockdown in England, and that also applies to the Allianz Premier 15s.

In total, 23 sides, including Saracens, have all been able to play some form of competitive rugby since the coronavirus outbreak first hit the country, but they are the lucky ones.

For many teams lower down the food chain, it is approaching 12 months since they last took part in a fixture which mattered. Community clubs up and down the land are becoming more vulnerable and for Bath captain Charlie Ewels, he understands the importance of grassroots rugby.

The England international came through the ranks at Bournemouth RFC and he feels a responsibility to the lower levels of the game who are craving rugby in their lives.

On Tuesday, Ewels' arrival on Bath’s press conference was delayed, but he quickly explained why: “The reason I was late was because I had just been on the phone to my Dad. I chat to my family about what it [COVID-19] has done to them in terms of their work and all those sorts of things. He said ‘I guess not too much has changed for you’ and he is right.

“We still get the huge privilege to go out and play at the weekend. You kind of feel you owe it to those guys [community clubs]. We want to go out and play and show what we can do because there are guys and girls at home that are desperate to get back out playing rugby again, but the situation we are in means that is just not possible so it is our responsibility in terms of making sure every time we cross that whitewash and get on the pitch, we put it all out there.

“The day I ever take that for granted, I will need to have a long hard look at myself.”

Despite entering a new national lockdown, elite sport has been given the green light to continue and Bath will kick off Round Six in the Gallagher Premiership when they host an in-form Wasps outfit.

The Blue, Black and White will be looking to bounce back after a frustrating defeat against Leicester as Hooper’s side were left kicking themselves following a lightning start at Welford Road.

Bath come into Friday night’s clash having won just one of the five matches they have been able to play (in all competitions) this term whilst Wasps will arrive at the Rec following successive European triumphs as well as notable victories against Sale Sharks and champions Exeter Chiefs.

“If I am honest, it [Leicester defeat] was way below where we expect our performances to be in a number of areas,” Hooper said. “We have talked quite openly about our platform being something we use to allow us to play the game and I thought we didn’t deliver there. The penalties we gave away at the scrum, the ball we gave away at the lineout and our discipline stopped us building pressure.

“Take nothing away from Leicester, but we made mistakes which allowed them back into the game when we got to 14-nil up.”

On Wasps, Hooper added: “If you look at the game they played against Exeter last week, they are a strong side. They have a freedom to the way they play. They play with a number of ball players in the backline whether it is [Jacob] Umaga, [Jimmy] Gopperth, [Lima] Sopoaga, those guys all have the ability to move the ball.

“They possess a significant threat at the breakdown with [Jack] Willis and [Thomas] Young so they are a pretty solid rugby team. Lee [Blackett] has got them playing a brand of rugby which they enjoy playing and with that, they play for each other so they are a big challenge, an exciting challenge and one which we are looking forward to under the lights on Friday.”