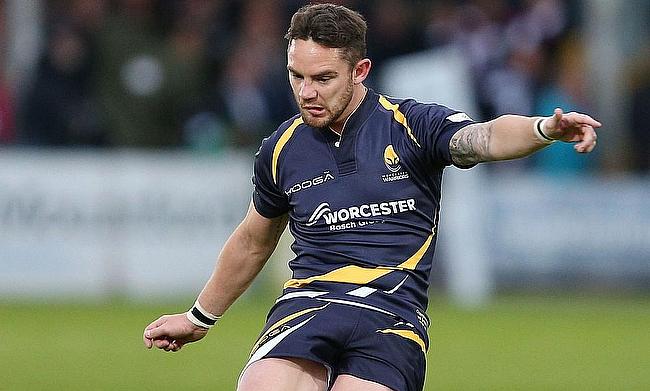 Hartpury RFC backs and attack coach Ryan Lamb understands why clubs may want to ring-fence the Gallagher Premiership, but he believes it must only be on a short-term basis.

Following a difficult 12 months for the sport, the recent spike in positive coronavirus cases amongst top-flight clubs has already led to the cancellation of five matches, including this weekend’s East Midlands derby between Leicester Tigers and Northampton Saints.

The teams affected by the virus have been awarded four or two points, respectively, depending on which club can name a full side, but this system has sparked a debate about the competition's integrity.

Lamb, who played in both the Premiership and the Championship during his 17-year career, realises it will be financially damaging for clubs if relegation is dictated by COVID-19, but he feels it is vital the second-tier of English rugby is not completely disregarded.

“I think short-term, I can see why there are people saying it needs to happen, but I think once you make a decision, it is very difficult to undo that going forward,” Lamb told TRU.

“It is a balancing act. I think the Premiership’s hand might be forced because of the cancellation of games, but if it is to happen long term, I think it will have a detrimental effect on the talent in the Championship.

“I think there are two different sides to it. In terms of player development and teams and players taking the step into the Premiership, I would say a lot of England internationals have played in the Championship whether that be with their club or on a dual-registered contract or out on loan.

“Boys need to play when they are younger and they also need that target. The A-League is a bit hit and miss so to play somewhere where it is competitive week in, week out sets you up well.

“The flip side of it is when you have got the people in their suits looking at the business. Given everything that has happened, I think rugby, and sport in general, is built on quicksand and there is that need to keep the game financially viable so ring-fencing might have to happen. I understand that with the Premiership, you don’t want to lose clubs and you don’t want to lose the game, but at the same time, the Championship is part of keeping the game alive.

“If the Championship gets ring-fenced, you just haven’t got that ambition for clubs to push on. The ambitions of the clubs will also diminish hugely.”

Hartpury, who ended the curtailed 2019/20 Championship season in 11th place, have a rich history of developing players.

And having experienced the transition between the second and top tier with Worcester Warriors, Lamb feels cutting off the Championship could lead to a whole host of talent falling by the wayside.

“I think this is a difficult decision and we can only look after our own house and Hartpury is in a very good spot in terms of developing players and pushing them into a professional environment,” Lamb added. “The likes of Josh Bragman, Robbie Smith, Jack Johnson, James Williams; these type of lads can definitely step up to the next level.

“Seb Nagle-Taylor has already signed for Gloucester for next year which is a big testament to Hartpury. He hasn’t been with Gloucester long and he has made a huge impression, but I think that is going to happen more and more if we protect the lower leagues. You will get players like Seb getting their chance.

?? We are delighted to announce that Seb Nagle-Taylor has signed a permanent deal with Gloucester Rugby for the 2021-22 season. ??

“When I was in Wales with Scarlets, there is so much young talent that gets lost because there are only four teams and so many players. You go to the Welsh Premiership, which is a massive drop off from the Pro14, and some of these guys are really talented.

“That is what is going to happen if the Premiership is pushed that way [towards ring-fencing]. I just don’t think it is viable. I just think the focus will shift away from the club game and it will be pushed towards international rugby and that will be where the pinnacle is.

“It is a difficult time and it has been magnified by the financial difficulty all the clubs have as well. Some difficult decisions are going to have to be made.”

One decision which has been announced is a start date for the 2020/21 Greene King IPA Championship season.

The second-tier is set to return on March 6th and will operate under the elite sport framework. The league will be split into two conferences and teams will play home and away before a potential two-leg play-off final to determine who gains promotion to the Premiership.

Hartpury will get to challenge themselves against Saracens as well as the likes of Cornish Pirates and Jersey Reds.

Lamb, who joined the club in September, hopes the season can get underway in two months time: “It has been a strange period, but the positive for us is that we as a club have probably had the best of it. The boys have been in quite a while now and we have got a lot of training under our belts.

“Transitioning from a player to a coach, I think this has been one of the most difficult years to do that! Seriously, I have really enjoyed it though and it has been hard, but the boys are buying into everything and we have got a young group who are very keen. We are lucky to do what we do especially at this time.

“Right now, we are just following the restrictions and government guidelines. We have got a testing site at the Uni which is obviously massive for Hartpury again. We are very lucky with all the facilities.

“We are preparing for that March date and hopefully we can have some pre-season games! It would be great if we can get some rugby played because the boys have put in so much work, but we have to prepare each day as it comes.”