Wasps slip down further after losing 20-13 to Harlequins 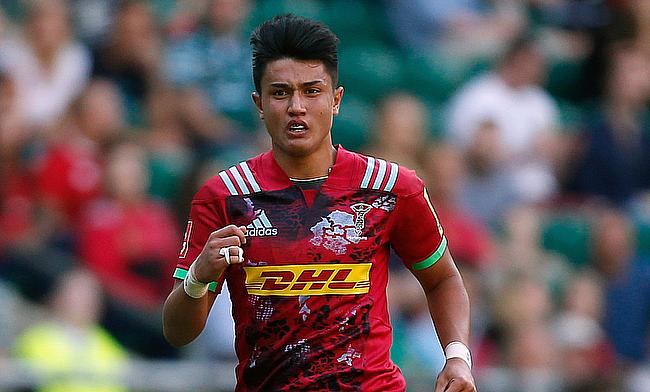 Harlequins managed to hold off second half fightback from Wasps as they sealed a 20-13 victory in their Gallagher Premiership clash at Twickenham Stadium on Saturday.

The result sees Wasps slip to seventh position with 25 points while Harlequins have progressed to fourth with 28 points.

The first points in the game came in less than a minute when Alex Dombrandt dived in the corner after it was set up by Dave Ward for the fastest try of the season. Marcus Smith followed it with the conversion as the Quins raced to a 7-0 lead.

The home side's momentum was hampered when Ward was yellow-carded in the 11th minute for stamping on Thomas Young's ankle. He is likely to face further disciplinary action after TV replays showed Ward appearing to spit on Young that could see him suspended for four (low end) to 12 weeks (high end) if proved guilty.

Wasps did not make use of the numerical advantage and instead Smith kicked his maiden penalty in the game to stretch the home side's lead to 10-0.

As the half time was approaching, Elliot Daly kicked a 32nd penalty to get Wasps off the mark but his efforts were cancelled by another three-pointer from Smith in the 38th minute as the teams went into the break with a 13-3 scoreline.

Wasps received a much needed breakthrough at the end of the third quarter when replacement Will Stuart touched down followed by a Lima Sopoaga conversion but Harlequins responded back strong through Joe Marchant's try in the 64th minute as the gap between the two teams remained at 10 points.

Sopoaga's 69th minute penalty brought the trail to seven for Wasps but the Quins held their defence strong to complete a vital 20-13 victory.