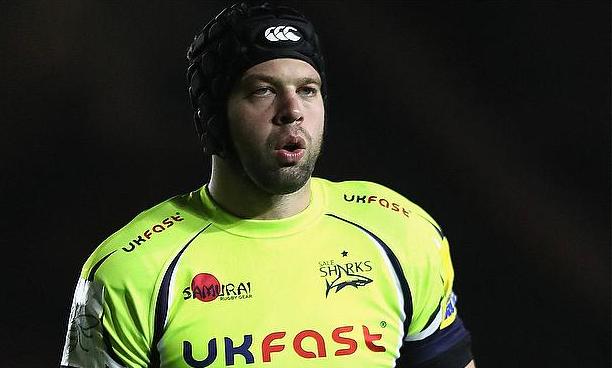 Josh Beaumont has made 103 senior appearances for Sale Sharks
©PA

Sale Sharks have announced that forward Josh Beaumont has penned a new deal that will keep him with the Gallagher Premiership at least until 2021.

The 26-year-old has been associated with the Sharks since 2012 and has made 103 appearances for the senior side and went on to captain them during the 2016/17 season. Overall, he has featured in 74 Premiership matches for the AJ Bell Stadium outfit.

Beaumont said the decision to extend his stay with the Sharks was a straightforward decision.

“I’m delighted to be re-signing again at Sale Sharks," he told the official website of the club.

"The ambition that the owners and Dimes are showing in moving the club forward made it in an easy decision for me, and it’s something I want to be part of.

"With numerous other senior players re-signing and the calibre of Academy talent coming through, I believe we can become one of the strongest teams in the country and start winning trophies on a regular basis.”

The news on Beaumont comes after recently the club managed new contracts for Jono Ross and Ben Curry as well.

"I’m delighted that Beau has agreed a new contract with the club. He is a North-West lad and has come all the way through our Academy which is a great advert for what we are doing here at Sale.

"After getting through a number of injuries over the last few seasons, Josh has been able to keep himself in good condition this year and has shown the international level qualities we know he has and as our former Captain and natural leader, it’s great to have him on board for two more years."

Sale Sharks are currently positioned sixth in the Gallagher Premiership table following their 15-30 win over Gloucester Rugby at Kingsholm on Saturday.