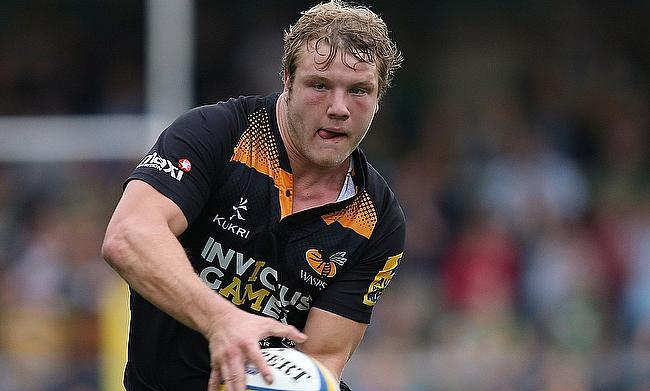 Joe Launchbury has been at Wasps for 10 years
©PA

It must have felt as though the walls were closing in on Wasps when their place in the Gallagher Premiership final was in doubt.

Following 16 rounds of testing, the club received their first positive results for Covid-19 last week. There were seven in total. Four were members of the playing group and three were from the wider coaching staff.

Further testing then took place and four more players were added to that initial list, but it was after another round of testing on Tuesday - where there were no positive results - which confirmed that Wasps would be able to participate in Saturday's final against Exeter Chiefs.

“It came as a bit of a shock,” Wasps head coach Lee Blackett said. “Fair play to the staff, especially on the medical side, those guys have done a great job. They closed everything down and isolated all the players from each other.

“But, as much as we isolated and did as good a job as we could, realistically, there was going to be a couple more come through from that further test. I know it was out there that we had four cases on the Saturday but actually, two of them were false positives.

“We were going in the right direction, we went from seven, to two, but there is still a concern when you come in on the Tuesday, have you got rid of everything by that Saturday? As you can imagine there was sleepless nights going through Tuesday.

“We got the results through at around 2:30 in the morning, so a fair few of us staff were up at two o’clock and most of us never went back to sleep. You think that you would get positive news and you would be able to get back to sleep.”

???"This Wasps team are playing like a team with no fear and if they can go out and play with no fear, they are in with a really good shout"

Club captain Joe Launchbury was one of those on tenterhooks on Tuesday night. Much like Blackett, the former Worthing man found himself unable to sleep and was keen to get back into Broadstreet Rugby Club to link up with his teammates once more, following several days of running around the pitches of Old Leamingtonians RFC by himself.

“Lee knew I was massively worried about it, so he messaged me about it not long after really,” Launchbury said. “I was checking my phone all night. Our head physio, Ali James, he has been brilliant. You know you can go on their WhatsApp and see when they last accessed it. I was looking at his to see when he had last been online and I knew if he was up, there must be some motion going on.

“We knew it was coming in during the night and we were obviously so desperate to play and I don’t think many boys in the squad got too much sleep.

Despite all the disruption caused to their two training weeks, Launchbury feels the interference could have actually helped them quell some of the emotion that they experienced prior to the news of positive results in their camp.

?? Road to the Final... The key moments that got us to Twickenham! Swipe ???? #WaspsAlways

“At the start of last week, we were probably worried about how we were going to keep a lid on the emotion and make sure that we didn’t play the game three or four times before we actually had to play it,” Launchbury said. “That obviously got taken out of our hands.

“We then had a whole load of emotion about whether the game was going to be on, the change of rules, that everything seemed to be getting changed every few hours, about what hoops we had to jump through.

“We spent yesterday (Wednesday) trying to keep a bit of a lid on it emotionally, but trying to really nail the technical and the tactical stuff, because playing against a side like Exeter who are extremely structured in the way they play, it is really important to be on top of that sort of knowledge.

“Then my job, really, come Friday and Saturday, would be to make sure that we are right there and right on it for six o’clock on Saturday knowing that it could have been taken away from us. I think it is going to be pretty easy to get us in the right place come Saturday.”

Launchbury will lead his club out at Twickenham as captain. He will play alongside Wales international Will Rowlands in the second row, with Jack Willis, Tom Willis and Thomas Young behind them in the backrow.

Brad Shields along with props Kieran Brookes and Simon McIntyre and hooker Alfie Barbeary are missing due to Covid-19 contract tracing protocols. Ex-All Blacks centre Malakai Fekitoa is out with a groin injury.