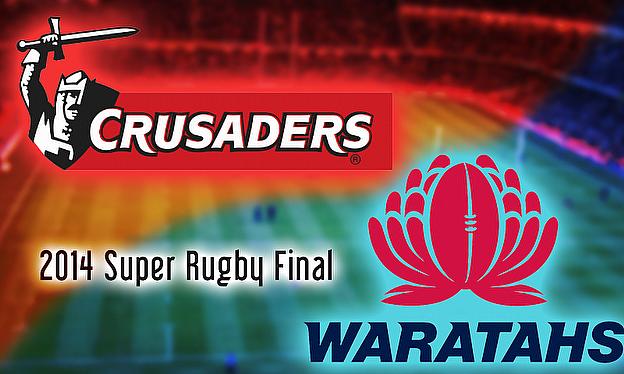 Set to be a Blockbuster Super Rugby 2014 Final
©TRU

Super 15 Rugby - will the semi-finals be good or great?
Super Rugby: What Is Home Advantage Worth?
Sharks to 'breakdown' Crusaders again in Christchurch
Super Rugby 2014: The Closest or Worst Season Ever?

After beating the Brumbies, the Waratahs have joined the final with the Crusaders, who crushed the Sharks in Christchurch.

The Waratahs booked their place in the Super Rugby final with victory over the Brumbies in Sydney.

A 26-8 success at Allianz Stadium means the New South Wales side will compete in their first ever home final next weekend.

Michael Cheika's team will play the Crusaders in a meeting of the teams who finished first and second in the table. The Christchurch team saw off the Sharks 38-6 earlier on Saturday.

Impressive defence underpinned the Waratahs' success, achieved in front of a 38,800 crowd.

They took the lead in the third minute with a breakway try from Alofa Alofa. The conversion by Ben Foley was missed but a penalty followed in the 22nd minute which gave the hosts an 8-0 lead.

However, the Brumbies absorbed the early pressure and battled back strongly in the closing stages of the half.

In the 31st minute the Canberra side were on the board when Henry Speight got over in the corner and a 39th minute penalty from Christian Lealiifano levelled the scores.

However, fly-half Foley kicked a penalty on the stroke of half-time to give the Waratahs an 11-8 interval lead.

Lealiifano missed a kickable 43rd-minute penalty which would have brought his team level - and it appeared to be a key moment in the contest.

Five minutes later Kurtley Beale picked up possession and won the race for the corner to extend the lead. However, Foley was unlucky to see his attempt to add the extras rebound off a post.

Foley took over in the closing stages, giving his team breathing space with eight minutes remaining with a penalty which extended the lead to 19-8.

The same player then scored his team's third try, rounding off excellent work by William Skelton, before adding the extras with two minutes remaining.

Although the Waratahs finished the game with 14 men following the sin-binning of Taqele Naiyaravoro in the closing stages, there was no danger of them failing to extend their campaign until the final weekend.

The Crusaders stormed into the Super Rugby final with a five-try demolition of the Sharks in Christchurch.

Captain Kieran Read crossed in the first half before Nemani Nadolo, Willi Heinz, Johnny McNicholl and Matt Todd added second-half scores as the Crusaders swept aside the Sharks 38-6 in emphatic fashion at the AMI Stadium.

All Blacks star Dan Carter added 13 points with the boots as the Crusaders moved a step closer to a record eighth Super Rugby title, with one of the Waratahs or Brumbies awaiting them in next weekend's final.

The New Zealand side's last success game in 2008 and since then they have been runners-up once and losing semi-finalists on the four other occasions.

However, they will take some stopping this year judging by Saturday's performance against the outclassed Sharks, who did not help themselves either with some sloppy play at times.

Carter got the scoreboard ticking over with an early penalty before the Crusaders notched their first try in the 16th minute, a poor Sharks kick eventually finding its way to Read who eased past three challenges to score his 17th Super Rugby try.

Carter added the extras and two more penalties from the fly-half gave the Crusaders a 16-6 half-time lead, with the Sharks - runners-up in 2012 - only able to respond with two Pat Lambie penalties.

And that was to be as good as it would get for the Sharks as well, with the Crusaders scoring 22 unanswered points in the second period.

The Crusaders turned the ball over and a combination of slick handling from the hosts and poor defending from the visitors resulted in Fijian winger Nadolo charging over for his 11th try of the season.

Try number three was scored by replacement scrum-half Heinz in the 65th minute after the ball had popped out of a Sharks scrum, and another substitute, McNicholl, notched number four five minutes later following another turn over.

There was still time after that for the rampant Crusaders to add a fifth and final try when Todd was pushed over in the 78th minute following a rolling maul.

Carter was only able to convert one of those four second-half tries but it mattered little as the Crusaders cruised through to yet another final.