Super 15 Rugby - will the semi-finals be good or great? 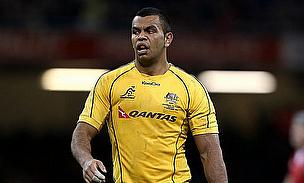 Super Rugby: What Is Home Advantage Worth?
Sharks to 'breakdown' Crusaders again in Christchurch
Super Rugby 2014: The Closest or Worst Season Ever?
Super 15 Rugby Playoffs Preview 2014 - Who would Campese pick?

After much rugby debate about the quality of Super 15 rugby last week on the pages of Talking Rugby Union, we are approaching the business end of the season.

The rugby debate in New Zealand seems to ash one of two questions, who will win playoff semi finals and what will the quality be like.

That's exactly what our rugby expert in NZ sets out to establish and as ever, Scott Donaldson is on the money.

There are only four teams left in the semi-finals of Super 15 Rugby 2014. Ironically, despite having the most teams in the Top Six, there is only one New Zealand team left in Super Rugby 2014.

Both of the Super Rugby Playoffs were closer than expected with the Sharks and Brumbies only narrowly winning as expected. Nearly everyone picked the Sharks to beat the Highlanders and they would have been sweating given that the Sharks only won by four points, while three quarters of tipsters picked the Brumbies to beat the Chiefs.

The Waratahs and Crusaders return after a week off and host the Brumbies and Sharks respectively. It will be interesting to see if the bye was great to freshen up the players or if it has halted the momentum of the top two teams in Super Rugby?

For managers of www.testrugby.com Super Rugby teams, remember that you want to pick players from teams likely to be playing in the final next week.

The Crusaders and Waratahs are back in action and they will be at their cheapest purchase price. It is therefore important to take some risks and mainly avoid Brumbies and Sharks as the two home teams are favourites to make the final.

The Crusaders will go into this game with a ten point advantage because of factors like travel, home ground, conditions and refereeing decisions according to a previous article.

The Sharks will take it to the Crusaders upfront like they did against the Highlanders and will look to bully them at set pieces. The only problem is that the Crusaders have an All Blacks laden forward pack who will probably be able to nullify the Sharks main threat.

There are some quality players on display in this game. Richie McCaw returns from injury and joins world class players like Dan Carter, Israel Dagg, Kieran Read, Owen Franks and Sam Whitelock. The Sharks have their own stars with the du Plessis brothers, Willem Alberts, Ryan Kankowski, Franc Steyn and Pat Lambie.

This won’t be a pretty game, but it will be a brilliant clash in the forwards.

The Sharks will bring some belief with them after they won the clash earlier in 2014, but this Crusaders team now has Dan Carter and Kieran Read to add to their leadership, while in Colin Slade, Nemani Nadolo, Israel Dagg and Ryan Crotty, they probably have more firepower in their backline. Will the Sharks outside backs touch the ball?

Remember, the Highlanders’ win over the Sharks in Super Rugby 2014 gave them belief, but it also gave the Sharks motivation to win their playoff match. Is the Crusaders vs Sharks any different?

Both of these teams have experienced plenty of finals rugby in the past and so they will know what to expect.

You get the feeling that if the Crusaders can combat the Sharks set pieces and mauls then they will win at home.

The Crusaders welcome back Richie McCaw, while the Sharks will miss “The Beast” but get Patrick Lambie back.

For the Crusaders – Sam Whitelock, Matt Todd, Kieran Read, Richie McCaw, Dan Carter and Nemani Nadolo are ones to watch.

The Sharks (not named yet) aren’t huge points’ producers in fantasy rugby, but watch for Franc Steyn, Marcell Coetzee, Willem Alberts, Bismarck du Plessis and the young lock Stephan Lewies. If Jean Deysel and Pat Lambie are starting, they could be worth a shot!

The Waratahs finished the Super Rugby 2014 regular season as the minor premiers with some convincing performances, especially at home. It will be interesting to see if the bye week last week was a blessing or a curse for the Waratahs.

The Brumbies shocked the Chiefs with some great counter-attacking, although they are more known for their more conservative territory based game. Expect the Waratahs to be the team to score plenty of tries, while the Brumbies could be forced to try to dominate upfront since their backline is good, but not quite as dangerous as the Waratahs.

It will be interesting to see the tactics that both teams take to this game. Remember that the Waratahs have a largely Wallabies laden side who were running so hot towards the end of the season that the Brumbies who won’t have their mascot will have their work cut out for them.

The Brumbies win their rucks 96 percent of the time, so they are good at maintaining possession.

The Waratahs in 2014 now have the backline to complement their forward pack. Their backline stars like Bernard Foley, Israel Folau, Kurtley Beale and Adam Ashley-Cooper have the knack of unlocking defences this season.

Players to watch: Keep an eye out for the dynamic Waratahs backs like Bernard Foley, Kurtley Beale and Israel Folau. Bargain priced Alofa Alofa is worth a shot if you are short of money, while the forwards like Jacques Potgeiter, Michael Hooper, Wycliff Palu and Tatafu Polata-Nau are a good investment given the Waratahs should play in the final next week.

Brumbies: Managers should look to Henry Speight, Ben Mowen, Jesse Mogg, Robbie Coleman, Scott Fardy and goal kicking Christian Lealiifano, while Matt Toomua is an inside back who won’t be goal kicking, but he has scored plenty of tries recently, so could be worth a shot.

Who will win Super Rugby semi-finals this weekend? What will the viewing quality be like?

To sign up for the Rugby Championship Super Rugby Tips conference go to
http://www.superrugbytips.com/2014/07/join-rugby-championship-super-rugby.html