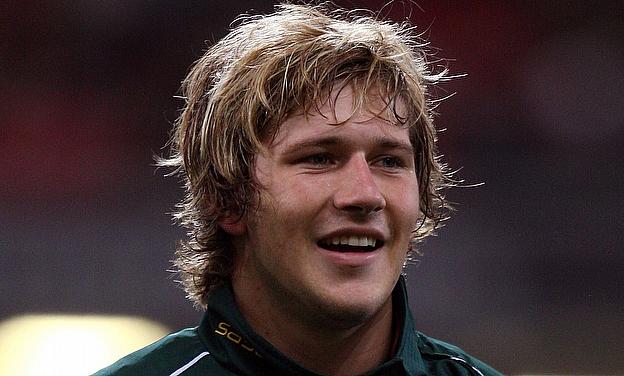 Super Rugby 2014: The Closest or Worst Season Ever?
Super 15 Rugby Playoffs Preview 2014 - Who would Campese pick?
Super Rugby Round 19 Review

The Sharks beat the Crusaders 30­-25 in May this year, even after being reduced to 14 players with a Jean Deysel red card. The round 14 fixture saw the Sharks defy the odds and break their Christchurch duck.

The Sharks from Durban travel to play the Crusaders at the AMI Stadium in Christchurch in the first Super Rugby semi-final on Saturday, 26 July 2014. While a daunting task lies ahead, the Sharks now know what it takes to beat the Crusaders in their own backyard.

Christchurch is a fortress that has only been cracked once ever by the team from Durban, but the South Africans may have created the blueprint to do it.

Breakdown - Many rugby pundits wrote that the Sharks adopted a rather negativeapproach to the following the fixture in May, as they purposely tried to delay the game's play. While this may be partially true, one should, however, not ignore the sheer tactical brilliance of Jake White.

The men from Natal hit hard and hit low in the game and set up the best platform for turnover ball. This is the most successful means of contesting the breakdown these days. Low tackles bring attacking players to ground in the most effective and iminant way, whilst allowing arriving players to contest the tackle quicker.

South African teams traditionally tackle the ball and turn over possession by creating mauls and, therefore, making the ball unplayable.

On the other hand, tackling high can often work against the defending team, as it allows supporting players to arrive at the breakdown and then, as a result, the ruck becomes non-contestable. If the Sharks can contest and win the breakdown battle, they will be able to halt the Crusaders’ momentum at home.

Execution - The Sharks will need to be extremely accurate with their kicking game, as Jake White relies rather heavily on territorial advantage. The South Africans will also need to execute their set pieces, plays and defence with precision if they are to stand a chance on Saturday.

South African teams are traditionally very strong at set piece and defence, and they will need to be on Saturday. The Sharks will also need to take every opportunity presented to them, as is the standard in semi-final rugby. Opportunities will be few and far between on Saturday, and the team that takes advantage may be the team who has a shot at glory the following week.

Ticker - The Sharks showed an enormous amount of grit, determination and heart to overcome the Crusaders earlier in the year. The Sharks put their bodies on the line for 85 minutes and left absolutely nothing out on the field that night.

Being reduced to 14 players after Jean Deysel was shown a red card only seemed to galvanise the team in an odd kind of way. The longer the fixture went on, the more the Sharks began to believe that a victory was possible.

It was a magnificent defensive display from the men from Durban, and it will take one equally good this weekend. If the Sharks are to win in Christchurch, it will be take a monumental effort.

Luck - The Crusaders were poor in their last fixture and made several crucial tactical errors.  Despite total domination in the scrums, the Crusaders failed to convert their dominance into points. If you know anything about the Crusaders, there will be no repeat of this.

The team from New Zealand is littered with All Blacks and they will turn up this weekend. Therefore, don’t expect another bad day at the office for the Crusaders, they should still win.

Prediction: The Crusaders line up is littered with All Blacks and with Dan Carter back from his sabbatical, this will be an extremely tough task for the Sharks.

The breakdown battle will be one to savour and it ought to be especially interesting to see how Glenn Jackson referees this area of the game.

Crusaders to win by 6.