Super Rugby: What Is Home Advantage Worth? 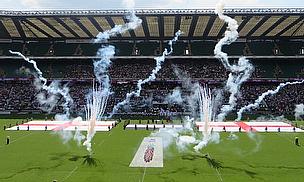 Just what is home advantage worth?
©TRU

Sharks to 'breakdown' Crusaders again in Christchurch
Super Rugby 2014: The Closest or Worst Season Ever?
Super 15 Rugby Playoffs Preview 2014 - Who would Campese pick?

We have all heard of home field advantage, but a South African sports scientist has attempted to quantify just how much difference factors like travel and home advantage have on a game.

Dr Ross Tucker from the Sports Science Institute of South Africa has done some analysis and calculated that the home advantage is worth about five points, while travel is worth another five points, giving the Crusaders a 10 point headstart against the Sharks in the Super Rugby 2014 semi-finals this weekend.

"The reason it is so difficult to win overseas is because of the physiology of what it takes to travel," Tucker reports.

"You lose sleep during an uncomfortable night on a plane and later because of jet lag."

"Added to that, you're away from home, the other team is familiar with the stadium and the conditions, and the referee is subconsciously on their side."

This makes interesting reading. Super Rugby Tips has discovered that 71 percent of games in Super Rugby 2014 were won by the home team.

It is hard to know if Dr Ross Tucker is mainly talking about the long trip from South Africa and New Zealand or not?

It is widely known that travelling from South Africa to New Zealand is tougher on the body than flying from New Zealand to South Africa, so the Sharks might struggle this weekend.

The Sharks did beat the Crusaders earlier this season in Christchurch, but as the Highlanders found out against the Sharks last week, this can actually be a bad thing.

All this means that there are several factors which influence sports tipping.

Not only is travel and home advantage important, but the referee, stadium, conditions, players, form and coaches are other factors which need to be considered.

Our expert on the ground is Scott Donaldson and he is asking the readers of Talking Rugby Union:

Do you think that home advantage and travel factors are worth a total of 10 points in Super Rugby?