Trying to end the frustration at Worcester Warriors 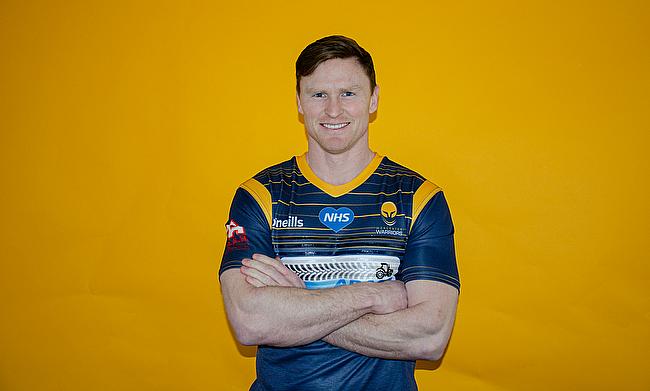 It was before Worcester Warriors' last game that the club made a number of announcements.

First, the signing of Scotland international Duhan van der Merwe from Edinburgh caught the eye before a reshuffle in the coaching department created more headlines.

The appointments of Mark Jones as an assistant coach and former Worcester captain Jonathan Thomas as the club's new head coach signalled the beginning of a fresh chapter for the Midlands outfit.

Losing to Sale Sharks the weekend of those announcements, the new coaching group will be taking charge of just their second game on Saturday when Exeter Chiefs make their trip to Sixways.

Thomas and Jones will also have new signing Chris Ashton at their disposal after the winger's move to the Warriors was confirmed at the beginning of the week.

The 33-year-old left Harlequins with immediate effect, and he is likely to slot straight into the team with Melani Nanai and Noah Heward currently out injured.

With 88 tries in the Premiership, it is hoped Ashton will not only cover for the aforementioned duo but also help advise the number of young players still making their way in professional rugby - something he experienced in the early stages of his career.

“At Northampton, I was on the opposite end of the spectrum, I had Carlos Spencer and Bruce Reihana and that was so good for me when I was at Northampton,” Ashton told TRU. “If I can be 10% of what Bruce was to me, to any of these younger lads, then I would think I had done my job.

Read about Ashton's move to Sixways below and read some of @joeharvey34 thoughts too.

“We went from the Championship (then National One) back up to the Premiership, so there can be similarities from that, definitely and like I said, if I can play any kind of role in doing similar to what those leadership and elder players did at Northampton when I was there, then that would work well for me.”

Signed on to play for Worcester until the conclusion of the 2021/22 season, Ashton is already hoping to propel the club up the table. Having spent much of his rugby union career in the Premiership's upper reaches, it comes as no surprise that the former Saracens man is hoping for more of the same with the Warriors.

Speaking just two days into his time at Sixways, Ashton says that he believes everything is in place at the club in order to finish in the top six by the time his contract runs out next year.

“We have seen teams previously able to do it and change that mindset. It takes time, but as long as you buy in and you want to achieve that and start to move up, it is possible. Look at Exeter, they have just won the double. From where they came from to where they are now is worlds apart, so it is definitely doable.”

Since first gaining promotion to the Premiership in 2004, Worcester have been relegated from the top-flight on two occasions and last season's ninth-place finish was their highest since the 2005/06 campaign.

Unveiling 21-year-old flanker Ted Hill as the club’s captain and fellow Academy graduate Will Butler as vice-captain after the 2019/20 season, fans were given an insight into Worcester's future with so many young players showcased by Alan Solomons.

Seeing the likes of Noah Heward, Lewis Holsey and Oli Morris thrive was just part of the club's success in the Premiership and the Warriors were also represented in the England camp by Hill and Ollie Lawerence at the end of last year.

The latter has now cemented himself in Eddie Jones’ plans, being reselected for international duty last Friday, and he has seemingly displaced the long-serving Jonathan Joseph in the squad.

Alex Grove played at Sixways for the best part of 10 seasons and he has watched on from afar as the club have made these changes in a bid to enrich their future.

“Worcester have been trying to build something for the last 15 years and, as a player and as a supporter now, for someone with a real interest in the club it is really frustrating,” Grove told TRU. “I share the frustrations of everyone over that period.

“Having said that, looking at the set-up now from a distance, it does look really encouraging and I think with John Thomas at the helm, that is really encouraging. They are a pretty young group of coaches. You look at what Matt Sherratt has done in his time at Bristol, then the Wales set up in the regions, he is a really highly regarded coach.

“I look at that thinking, and it is young people with fresh ideas. They understand how boys tick and can relate to them from a coaching point of view.

"The two big names that have been announced recently on the playing side are van der Merwe and Chris Ashton. A seasoned pro in Ashton who has been doing it for years, a real smart and proven finisher, coupled with van der Merwe who has burst on the scene means they certainly have got the firepower to finish off chances.

“That is the other thing I have noticed, they are creating a lot of chances in the games, but in tight games when you create chances, you need to put them away. You can’t rely on creating 10 chances to only score three. You need to score every time that you get the opportunity. They are the sort of players that give you that extra one per cent to convert those opportunities.”

Finding themselves 11th in the Premiership going into this weekend’s return to action, the club will be without the hugely influential Lawrence who is preparing for his second Six Nations.

Worcester players being selected for England has been something of a novelty for much of the club’s history, with only six names gaining Test honours in the professional era. In 2017, Ben Te’o became the club’s first Lion, whilst Chris Pennell gained a single cap and Matt Mullan made several appearances for England before moving to Wasps.

Matt Kvesic made his England debut in the season he moved from Worcester to Gloucester and it was much the same for Jack Singleton who went on to join Saracens. This difficulty retaining their high profile domestic stars has marred much of the team’s time in the top-flight.

“It is encouraging for someone like an Ollie Lawrence getting selected, firstly, and then staying selected,” Grove said. “Obviously Manu (Tuilagi) is injured and he is sort of a direct replacement in terms of what he offers with his physicality, but with the quality that is there in that England backline, I think it makes it all the more impressive that he has managed to get his foot in the front door and keep it in the door.

“That is the trouble. Worcester have had people sporadically called up for international honours and they have then gone elsewhere. The challenge is holding onto these players. What has happened too much in the last 10 or 12 years is that people have been getting a call-up and you can’t blame the player, but they have been pinched by what is perceived to be a bit of a larger Premiership club.

“That is another part of the frustration from the fans point of view, which is being able to retain that quality.”

Grove, like so many others connected with Worcester, will hope times are changing at Sixways.