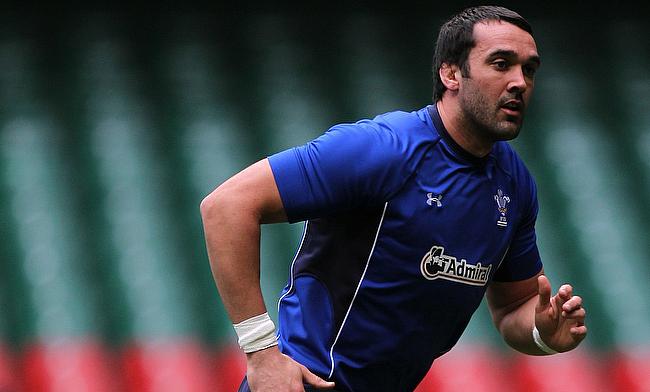 Jonathan Thomas played for Worcester between 2013 and 2015
©PA

Worcester Warriors have confirmed that Jonathan Thomas will be promoted to the head coach role.

Thomas joined Worcester as forwards coach ahead of the 2020/21 season and now will be part of an extended coaching panel of the Warriors that includes Backs and Attack Coach Matt Sherratt, Scrum and Assistant Forwards Coach Mark Irish and Academy Transition and Skills Coach Jonny Goodridge while Mark Jones will join as Senior Assistant Coach.

The 38-year-old previously worked after working four years with Bristol Bears as defence and forwards coach. He has played 67 Tests for Wales between 2003 and 2011 and made 44 appearances for Warriors between 2013 and 2015 and has played Swansea and Ospreys previously.

“I am very grateful for this opportunity and I am extremely proud and excited to take on the role of Head Coach because this is a club that I care passionately about,” Thomas told the official website of the club.

“This appointment isn’t about me though. It’s about us as a group and as a club working together to make Warriors successful.

“I am excited about the future of this club. By nature I am a glass half-full person and I have always been really driven about being successful.

“I really believe in this club and its potential. When I first spoke to the owners and they talked about their vision for the club, the exciting academy players coming through and the long term plans that are in place for long-term sustainability I was really excited".

Worcester Warriors director of rugby Alan Solomons is confident that the coaching group will benefit the club.

“With our coaching group having been in place for roughly six months and having overseen 15 matches in that time and, with Mark Jones having now joined us as Senior Assistant and Defence Coach completing the coaching team, and the time is right for us to implement the next stage of the strategic plan which we have in place for the club,” Solomons said.

“Accordingly, JT will now formally assume the position of Head Coach with responsibility for team performance and all that entails.”

Worcester Warriors are at 11th place in the Gallagher Premiership with a two wins from four matches.