TRU's Team of the Six Nations 2021 and Verdict 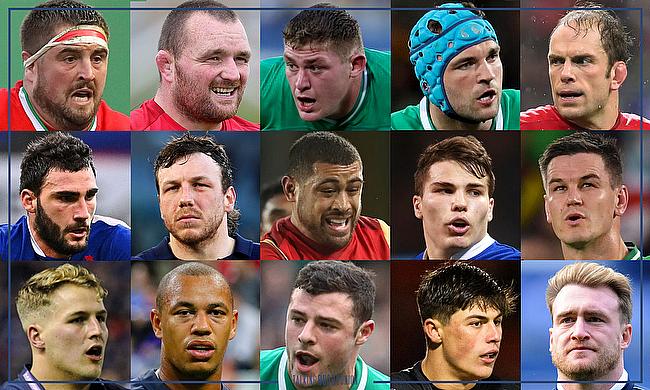 After the rearranged France v Scotland game on Friday night, the TRU team have picked their Six Nations XV of the tournament.

1. Wyn Jones (Wales) – Wyn has put his hand up for recognition throughout this tournament, made the 1 jersey his own with his barrelling carries and top-notch work at scrum-time.

2. Ken Owens (Wales) – Ken epitomises Welsh passion, never backs down from a physical challenge. Strong as an ox and equally as abrasive. Two tries to his name too.

3. Taghg Furlong (Ireland) – The fleet-footed Leinster tighthead is a shoo-in at prop. Furlong has been immensely powerful at the set-piece and impressive with ball in hand.

4. Tadhg Beirne (Ireland) – The first of the Six Nations' Player of the Tournament nominees, Tadhg has been a workhorse for the Irish and tops the turnover charts with 10. Maro Itoje never had a bad game.

5. Alun Wyn-Jones (Wales) – Captaining Wales to the Six Nations 2021 trophy, and very nearly the Grand Slam. A ridiculous engine, puts his body on the line every 80mins for his country.

6. Charles Ollivon (France) – The French backrower was formidable in both attack and defence notching up 79 tackles, and topping the lineout wins with 18, we've squeezed him in on the blindside. Josh Navidi impressed.

7. Hamish Watson (Scotland) – There are many names we could have picked at openside, but it's the Scottish bowling ball that takes it with his headstrong approach to any contact situation. Tipruic and Curry deserve a shoutout.

8. Taulupe Faletau (Wales) – Third in the carrying and tackle charts with 66 and 77 respectively, Toby was constantly in the thick of it for the Welsh cause. Grégory Alldritt often dazzled.

9. Antoine Dupont (France)  – The French general had a hand in most positive things France did around the park. Top of the offloads and try assists charts gives you a sense of his influence.

10. Johnny Sexton (Ireland) – Sexton was back to his best marshalling Ireland to wins over Italy, Scotland and Italy. He also topped the charts for penalties and overall points with 65.

11. Duhan van der Merwe (Scotland) – The winger was a sight to behold when in full flight at 6ft 3 and 110kg. Bullied his way to 472 metres made and topped the try-scoring charts with five.

12. Gaël Fickou (France) – Such a creative threat in the French midfield on an outside arch or weaving through the centres. Sure-footed in both attack and defence. A creative talent.

13. Robbie Henshaw (Ireland) – Well on his way to a Lions jersey, definitely one of the standout performers this Six Nations and another nominated player of the tournament. 65 carries!

14. Louis Rees-Zammit (Wales) – The last player of the tournament nominee. Lit up the competition in what was his first Six Nations, finishing on four tries. Anthony Watson was electric.

15. Stuart Hogg (Scotland) – The Scottish captain pulled his side to be in with a shot of the title, his boot, hands and outrageous footwork are priceless to Scotland. Brice Dulin = awesome.

CH: Can I have two? Either Rees-Zammit's chip and chase try against Scotland or the conclusion of Scotland's win over France. Both are reasons why the Six Nations needs to stay on free-to-air TV!

JH: The ones that stand prouder than most are Scotland’s two on the road. The first win of course came at Twickenham, their first at the home of English rugby since 1983. Far from a dazzling display by either team, the image of Stuart Hogg lifting the Calcutta Cup at an empty Twickenham Stadium will live long in the memory for both fans of Scotland and England.

Then Scotland’s first win in Paris for 22 years was very much the icing on the cake for Gregor Townsend’s side. Rearranged after a Covid-19 breakout in the France camp, the game did not disappoint, with the deciding points coming after the clock had ticked into the red.

JH: For me, Taulupe Faletau is the man who did all the hard work that allowed Wales to win the tournament. Playing in every game and scoring one try, the number eight made 370 meters with ball in hand, 112 of those meters coming against England.

Having had several years disrupted by injury, Faletau was an absolute rock for Wayne Pivac’s side and would be more than deserving of the official ‘Player of the Tournament’ moniker.

CH: I like sitting on the fence when it comes to things like this...LZR was exceptional as were Wales, but I am going to say Justin Tipuric. Can imagine his tackle count was through the roof and along with Navidi and Faletau, they offered Pivac's side so much. Surely the Welsh international has to start for the Lions?

Who put their hand up for Lions selection?

JH: Immediately you think of Rees-Zammit, the Gloucester wing scoring four tries this tournament. Only above him in the try-scoring charts is Scotland’s Duhan van der Merwe, who could be playing against the country of his birth should Warren Gatland select the Edinburgh man.

Scotland’s back-row duo of Jamie Ritchie and Hamish Watson also deserve a fair crack of the whip, the pair having been incredibly consistent for both club and country. Watson carried the ball on 67 occasions, whilst Ritchie turned the ball over on five occasions, the third-most in the tournament.

Perhaps one of the more under the radar selections is Bristol and Wales’ Callum Sheedy. Largely coming off the bench during the tournament, it was Sheedy’s introduction to the England game that secured the 40-24 win at the Principality Stadium. I think the 25-year-old's efforts make him a possible name on Gatland’s wish list.

CH: I will bang the drum about Sam Simmonds and Danny Care, but neither played in the Six Nations. I do think Hugo Keenan impressed for Ireland and I think his fellow countryman Tadhg Beirne may have got himself a seat to South Africa. Relentless engine and great a turning the ball over. Could be a useful weapon against the world champions.