TRU's Gallagher Premiership XV of the week: Round 8 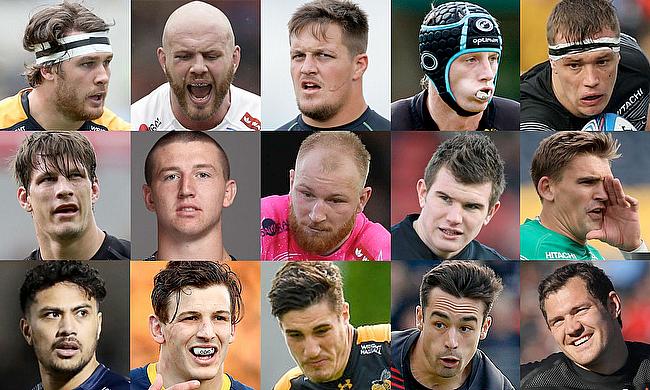 TRU's Team of the Week
©TRU

In Round 8 of the Gallagher Premiership, the sides battling at the bottom of the table picked up significant results and Joe Harvey has selected a few of their standout players in his latest team of the week.

1.Ben Harris (Wasps) – Huddersfield-born, Ben Harris has certainly done the rounds before joining Wasps. Having played for Yorkshire Carnegie, Rotherham Titans and Newcastle Falcons, Harris has built up a reputation as a formidable scrummager. Propping against the vastly experienced John Afoa, Harris had the upper hand over his opposition. More than capable in the loose too, Harris carried the ball on 10 occasions. A brilliant performance.

2.Jack Yeandle (Exeter Chiefs) – Yeandle makes a second consecutive appearance in this team after another good performance for Chiefs. The absence of Luke Cowan-Dickie has given Yeandle a bit more game time and he has continually impressed. A reliable scrummager for Chiefs, Yeandle had a turnover attributed to him in this game. Also a good leader on the pitch, Yeandle led from the front as always for Exeter.

3.Nick Schonert (Worcester Warriors) – South African-born Schonert has had a very good season so far this term, even going to some England training camps as a result of his performances. In attack against Harlequins, Schonert scored a powerful try, but in defence he was so much more. Making a monumental 20 tackles against the visitors, Schonert was easily one of this game’s top players.

4.James Gaskell (Wasps) – A vastly experienced second row, Gaskell used all that knowledge to good effect as Wasps fought off a Bristol Bears attack at the Ricoh Arena. Completing 13 tackles, Gaskell stretched his legs to cross the line for a score.

5.Glen Young (Newcastle Falcons) – Whilst not a barnstorming performance, Young did the simple things well on Friday night as Newcastle Falcons recorded just their second Premiership win of the season. Making 15 tackles to keep Bath at bay, Young was a key defensive player for Falcons, even causing a crucial turnover in the hunt for victory.

6.Michael Rhodes (Saracens) – Many thought that Michael Rhodes would be lining up with a red rose on his shirt this Autumn, instead, he has been one of Saracens top performers. Making an outstanding 20 tackles, Rhodes was a key defensive lynchpin for Sarries, also causing a turnover.

7.Ben Curry (Sale Sharks) – In what was a tight affair in Manchester, it was Curry’s defensive performance, that included 12 tackles as well as two turnovers, that see the flanker make the team of the week. Still only 20 years of age, it is phenomenal to think of the potential Curry still has.

8.Matt Kvesic (Exeter Chiefs) – Playing a similar role that David Pocock plays for Australia, Matt Kvesic is the definition of an openside at number eight. This was never more obvious than on Saturday when Chiefs dismantled Gloucester at Sandy Park. Kvesic made 14 tackles against his former side and even forced three turnovers in key positions. He was integral in their victory.

9.Ben Spencer (Saracens) – Spencer was given the kicking duties for this game. Now a capped England player, Spencer is known for his reliability at scrum-half and this was never more evident than on Sunday. Scoring a try, two penalties and three conversions, Spencer was only missing a drop goal from his scorecard. Running for 80 meters with ball in hand, it wasn’t a conventional scrum-half performance by any means. However, Spencer did consistently put Saracens on the front foot.

10.Toby Flood (Newcastle Falcons) – On his 100th appearance for Falcons across two spells at the club, Flood put in a masterful performance, guiding his side to a win. Kicking three penalties and a conversion, Flood even made 12 tackles, and recorded a turnover. Some things just get better with age.

11.Denny Solomona (Sale Sharks) – It was Denny Solomona’s two tries that edged Sale in front against Northampton and handed the Sharks another win at the AJ Bell. Ordinarily the two tries alone would get Solomona into the team of the week, but it is the three turnovers that are attributed to the winger that see him on the list. The key plays that the England winger made is why he was such a valuable player for Sharks at the weekend.

12.Ryan Mills (Worcester Warriors) – Mills has, arguably, been one of the Premierships players of the season. In this game, Mills was man of the match and so influential in both attack and defence. Scoring a try, Mills, like his teammate Schonert, completed a staggering 20 tackles and made three turnovers in a brilliant well-rounded game.

13.Ross Neal (Wasps) – Okay, confession to make about this one. Ross Neal did play on the wing for Wasps, however, the majority of Neal’s rugby has come at 13. That’s the excuse anyway. Scoring two tries on his Wasps debut, the former London Irish player made 106 meters from only 10 carries of the ball in hand and even got a turnover. Watch out for this man in the future.

14.Alex Lozowski (Saracens) – Seamlessly, Alex Lozowski slipped onto the wing for this game. Having transitioned into an outside centre with relative ease, it is amazing to think that only a short time ago, Lozowski was viewed purely as a flyhalf. He is now seen as a versatile backline player. Scoring a try on his first jaunt onto the wing, it really was a fantastic performance from Lozowski. Clearly not affected by being dropped by Eddie Jones.

15.Alex Goode (Saracens) – October’s player of the month, Alex Goode put in another sterling performance for Sarries, continuing the clubs winning streak. An influential figure in the backline, Goode is the most important player in the Saracens attack. Carrying the ball for 71 meters, he had a hand in every Sarries score on Sunday afternoon.