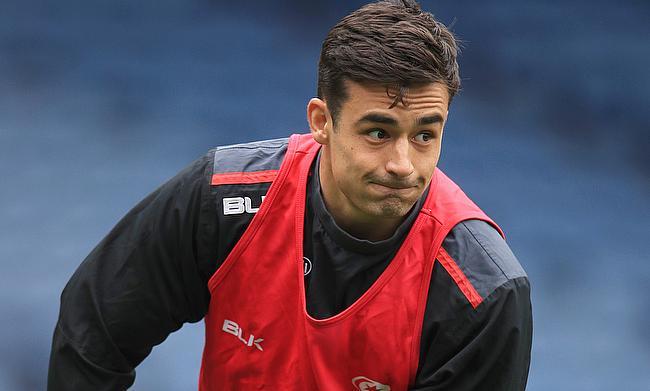 Saracens and Exeter continue to dominate at the top, but there was some more swapping and changing towards the wrong end of the Gallagher Premiership table in Round 8. Joe Harvey reviews the action for TRU.

Newcastle won only their second game of the domestic season on Friday night in what was a tight affair against Bath. Toby Flood, on his 100th appearance for Falcons, played an integral part in the Newcastle win, scoring 11 points at Kingston Park.

It was Flood who started the scoring with a kick from the tee just five minutes into the game, but the fly-half’s early score was wiped out by Ruaridh McConnochie’s try. The former England Sevens star seared through the Falcons defensive line to give his side the lead, although Darren Atkins was unable to convert.

A well-worked @FalconsRugby set-piece put @Johnn_Bleddyn in straight down the middle ??

Who was the most influential #GallagherPrem player as Falcons swept @bathrugby aside?

Highlights will be on @channel5_tv at 7pm on Monday ?? pic.twitter.com/ZwxhetEcCK

Falcons had a try of their own soon after. Johnny Williams dived over the whitewash just prior to halftime, allowing Flood to gather another two points from the tee. The second half was much tighter. An Atkins penalty was the only thing that Bath fans had to cheer about, but two more Flood penalties would gift Falcons a win.

Worcester continued their good form with another win at Sixways, stopping Harlequins building momentum after a big win over Newcastle the week before. Marcus Smith and Duncan Weir traded penalties early on and the first try was scored by Nick Schonert as the prop rumbled over to put Worcester in front.

Of course, Duncan Weir converted the score and the half would end with another score off the tee. Instead of Weir, Chris Pennell lined up this long-range effort and had meters to spare when the ball went over the posts.

Quins came out of the sheds with renewed confidence. Joe Marchant registering an effort in the 55th minute for James Lang to convert with ease. However, Worcester secured their victory following a Ryan Mills five pointer and a conversion from Weir. Quins would score another penalty through Lang, but it wasn’t enough to take the points from Warriors.

Despite a strong start, Gloucester couldn’t pull of a surprise victory at Sandy Park when they played Exeter on Saturday. Gloucester did ruffle the feathers early on, forcing two early penalties, which gifted Danny Cipriani six points from the tee. That would be all Gloucester could muster for the rest of the game.

A Gareth Steenson penalty preceded Nic White’s try, that Steenson would also convert. Alex Cuthbert was the next Chief to scarper over the whitewash, just a couple of minutes into the second half. Steenson would get the extras again and the Ulsterman would get another six points from two penalties in the remainder of the game, keeping up Chiefs’ winning streak.

Northampton Saints flew out of the blocks in this game. Cubus Reinach crossed the tryline in only the first minute, however, the early momentum was stopped dead when James Grayson failed to add the extra two points. Denny Solomona scored Sale’s first try of the game, soon after but in this case, Robert du Preez was able to convert the score, nudging the Sharks in front.

There wouldn’t be any more points scored in the second half. The scoreboard would eventually change in the 44th minute when du Preez slotted his first penalty of the game.

Northampton then responded as Ollie Sleightholme scored his second try in two games as the 18-year-old continues to impress in his maiden season.

However, Grayson couldn’t convert and would be made to suffer as a result. Solomona was sent over to score another five points, du Preez was unable to convert this time, but would score a penalty six minutes before time.

Grayson, finally, got himself some points from the tee two minutes before the final whistle with a penalty, but it was Sale who triumphed at the AJ Bell once again.

Wasps recovered from their loss to Northampton Saints in perfect fashion, beating Bristol in what was a close affair at the Ricoh. The home side scored two tries early on through Ross Neal and Juan de Jongh, Lima Sopoaga could only convert one, but it was still the perfect start for Dai Young’s men.

Ryan Edwards hit back for Bristol with a try and Callum Sheedy added the extras for the Bears, but two penalties for Sopoaga kept the hosts in control.

Wasps started the second period in the same way they started the first. Tries from James Gaskell and another from Neal, with two conversions from Sopoaga, would conclude the home sides points scoring for the day.

Wasps inability to carry on scoring meant they had a nervy end to the game. Hooker, Harry Thacker, scored a hattrick of tries for Bristol to try and bring his side back into the game. All the scores were converted by Sheedy and Ian Madigan, but it wasn’t enough to get Bristol a win.

Possibly the game of the weekend, Saracens eventually picked up a good win on the road against an impressive Tigers team. Sarries had essentially won the game in the first half, tries from Ben Spencer, Alex Lewington and Alex Lozowski were all converted by scrum-half Spencer, cancelling out Joe Ford’s early penalty.

The tables were turned in the second half, as Leicester benefited from Saracens indiscipline to bring the game into close contention.

Brendan O’Connor scored two tries, both of which were converted by Ford. The second O’Connor try followed a Spencer penalty and Leicester would score another try through Matt Smith to move to within two points of Sarries.

That try wouldn’t be converted, but Spencer would score a 77th minute penalty, putting the game beyond doubt for the champions.